Accessibility links
Arrest Warrant For Argentine President Found In Dead Prosecutor's Home : The Two-Way The prosecutor investigating the death of Alberto Nisman denied the arrest warrant existed. She changed her story today, adding further proof of a tense relationship between the president and Nisman. 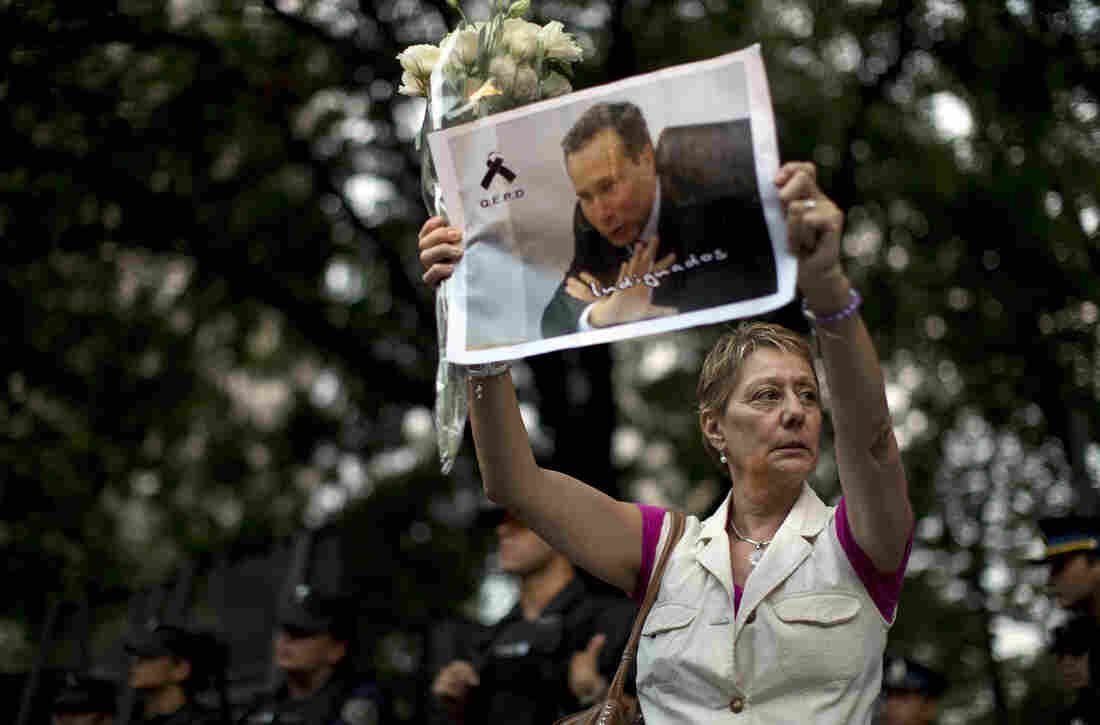 A woman holds up a portrait of late prosecutor Alberto Nisman near the funeral home where a private wake was held for him in January in Buenos Aires. Rodrigo Abd/AP hide caption 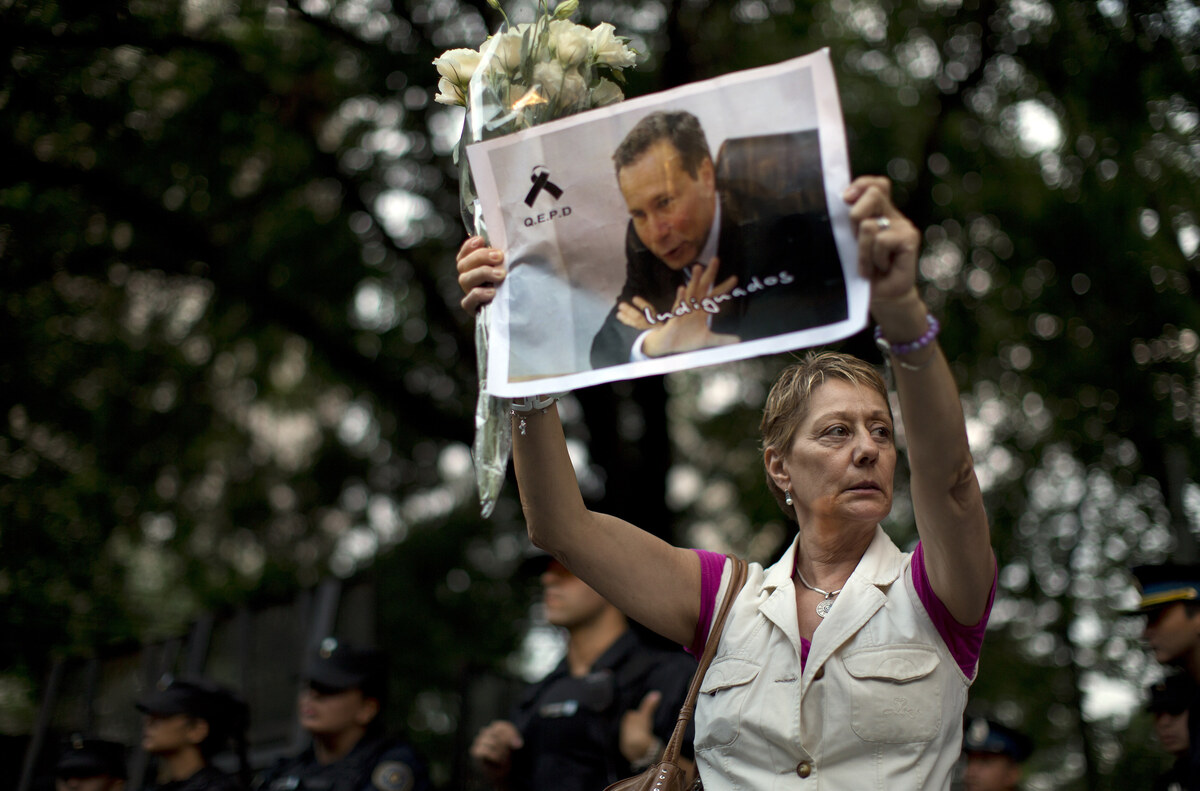 A woman holds up a portrait of late prosecutor Alberto Nisman near the funeral home where a private wake was held for him in January in Buenos Aires.

Alberto Nisman, the dead Argentine prosecutor who was investigating what he said was the cover-up of a deadly bombing at a Jewish center 20 years ago, had drafted an arrest warrant for the country's president, Cristina Fernández de Kirchner.

And, as El Clarín reports, Kirchner top Cabinet chief, Jorge Capitanich, tore up a copy of the paper calling the report "trash."

Today, Fein issued a press release, in which she admitted she was wrong: Indeed, investigators had found an arrest warrant and her original statement had been lost in translation, when she spoke on the phone with her staff.

All of this is important, of course, because it shows the kind of tension that existed between Kirchner and Nisman. As we've reported, this all dates back to Argentina's worst terrorist attack, when the Argentine-Israeli Mutual Association was bombed in 1994, leaving 85 people dead. Nisman alleged that Kirchner and other top officials had asked Iran to provide oil in exchange for not punishing two former Iranians implicated in the bombing.

The New York Times reports that Nisman was found dead with a gunshot wound to the head the day before he was scheduled to brief Congress on his investigation against Kirchner.

" 'It would have provoked a crisis without precedents in Argentina,' said Sergio Berensztein, a political analyst, about the impact of the warrants if they had been issued. He acknowledged that previous legal cases had shaken Argentina's political establishment, but he emphasized that this case involved a request to arrest a sitting president.

" 'It would have been a scandal on a level previously unseen,' Mr. Berensztein said.

"[President Kirchner], who is on a visit to China, issued a stream of updates on Twitter about strengthening ties between Buenos Aires and Beijing but did not comment immediately on the confirmation that Mr. Nisman had considered seeking her arrest. She and the foreign minister have previously pointed to statements by Interpol's former director that the Argentine government did not lobby it to lift the Iranian arrest warrants."

It's worth noting that Nisman's death is still officially a mystery. An initial autopsy had determined he committed suicide, but questions were soon raised and Kirchner herself raised further questions when she dissolved the country's intelligence agency, saying they "needed [Nisman] dead."