Accessibility links
From Caddy To Pro: Golfer Charlie Sifford Dies At 92 : The Two-Way Charlie Sifford, the first black golfer to hold a PGA Tour card, has died at age 92. Decades after he started in golf as a caddy, he was elected to the World Golf Hall of Fame.

From Caddy To Pro: Golfer Charlie Sifford Dies At 92

From Caddy To Pro: Golfer Charlie Sifford Dies At 92 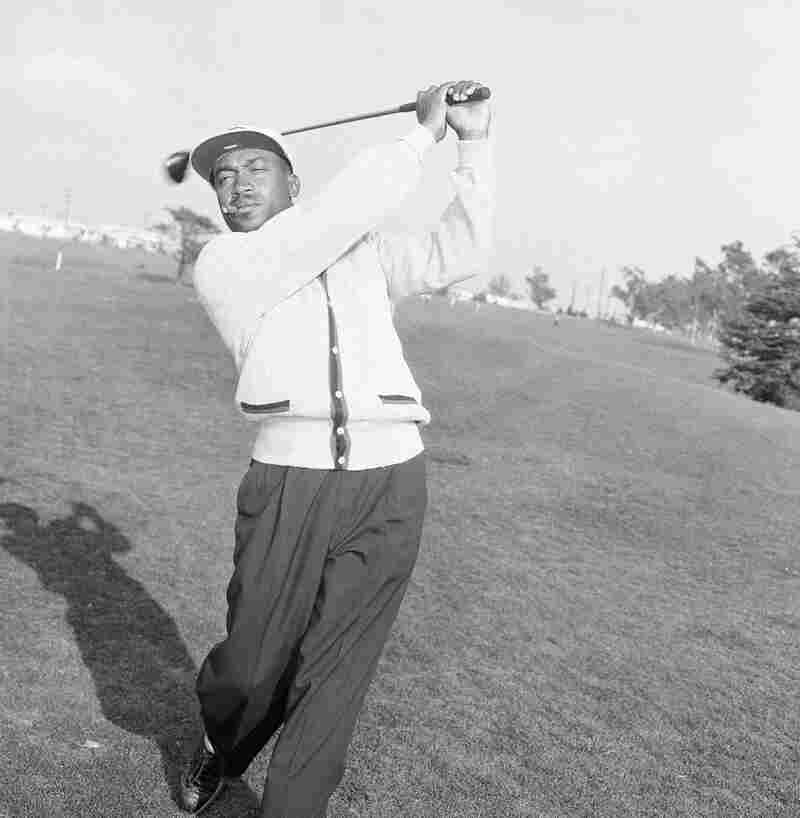 Charlie Sifford works out at a course in Los Angeles in 1957 after winning $11,500 in the Long Beach Open. Sifford helped break the color barrier in the PGA. Harold P. Matosian/AP hide caption 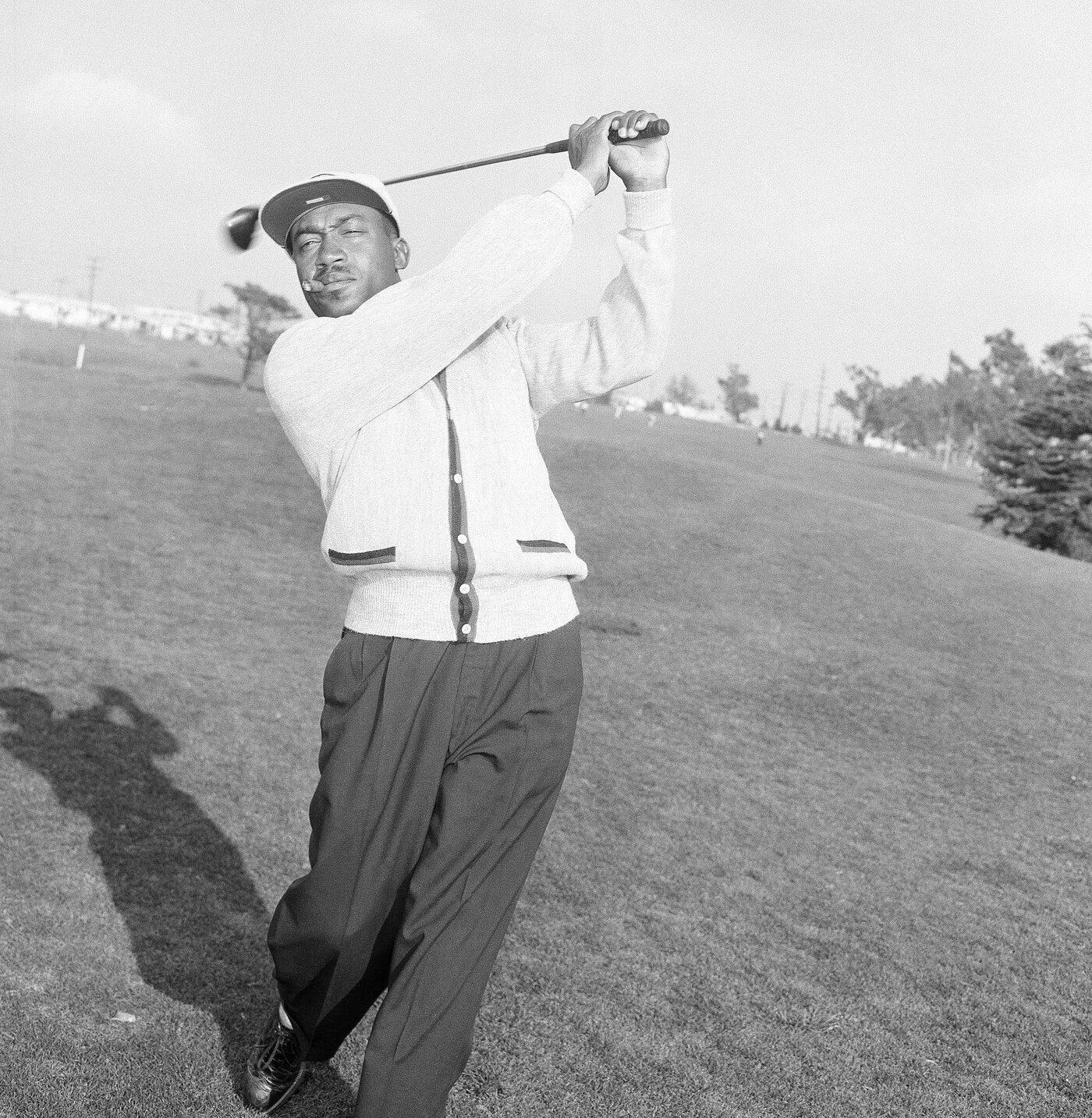 Charlie Sifford works out at a course in Los Angeles in 1957 after winning $11,500 in the Long Beach Open. Sifford helped break the color barrier in the PGA.

He started out in golf as a caddy, earning handfuls of change as a boy. Decades later, Charlie Sifford was named to the World Golf Hall of Fame, after a career marked by talent, character and the drive to change his sport. Sifford, the first black golfer to hold a PGA Tour card, has died at age 92.

"I knew what I was getting into when I chose golf," Sifford told Golf Digest in 2006. "Hell, I knew I'd never get rich and famous. All the discrimination, the not being able to play where I deserved and wanted to play — in the end I didn't give a damn. I was made for a tough life, because I'm a tough man. And in the end I won; I got a lot of black people playing golf. That's good enough. If I had to do it over again, exactly the same way, I would."

When he started playing golf professionally, the sport was divided: The PGA operated under a "Caucasians only" rule, leaving Sifford and other black golfers to compete in events like the National Negro Open — which he won five times in a row in the 1950s.

Sifford was a native of Charlotte, N.C.; at 17, he moved to Philadelphia, where he played on municipal courses such as Cobb's Creek Golf Club. The website Trenham Golf History says that at Cobb's Creek, Sifford often played against Howard "Butch" Wheeler, a black golfer from Atlanta who "played cross- handed, which was the case with many black men who were left-handed, as they had little access to left-handed golf clubs."

Propelled by a desire to compete on golf's most competitive — and most rewarding — levels, Sifford began pushing on the color barrier in the 1950s, when he won the Long Beach Open (a non-PGA tournament). He then won the Almaden Open in 1960.

Along the way, Sifford was helped by the boxer Joe Louis and the bandleader Billy Eckstine, for whom he became a traveling aide and golf coach. He also became known for his habit of taking cigars onto the course with him.

In 1960, the PGA gave him "approved" status, placing him in a category normally used for foreign golfers. Sifford earned a PGA Tour card when the organization ended its segregation policy the following year.

"He was invited to play in the 1961 Greater Greensboro Open at Sedgefield Country Club and became the first black golfer to play in a PGA-sanctioned event in the South. Sifford has said he remembers seeing armed law enforcement officers at the first hole when he arrived to play his first round in Greensboro in April 1961.

"He shot 68 and held the first-round lead that day. He received a death threat that evening but played through the weekend and eventually finished fourth despite dealing with some fans who made it clear they didn't believe he should be playing."

More than 50 years after he broke the color barrier, Sifford received the Presidential Medal of Freedom at a White House ceremony last November.

"On the tour, Charlie was sometimes banned from clubhouse restaurants. Folks threatened him, shouted slurs from the gallery, kicked his ball into the rough. Charlie's laughing about that — my ball is always in the rough.

"And because golf can be a solitary sport, Charlie didn't have teammates to lean on. But he did have his lovely wife, Rose. And he had plenty of guts and grit and that trademark cigar. And Charlie won on the Tour twice, both after age 45. But it was never just about the wins. As Charlie says, 'I wasn't just trying to do this for me, I was trying to do it for the world.' "