Accessibility links
Thousands Of Cats Destined For Vietnamese Tables Are Buried Instead : The Two-Way Even though eating cats is banned, "little tiger" remains a delicacy. Many are sourced from China and smuggled over the border.

Thousands Of Cats Destined For Vietnamese Tables Are Buried Instead

Thousands Of Cats Destined For Vietnamese Tables Are Buried Instead 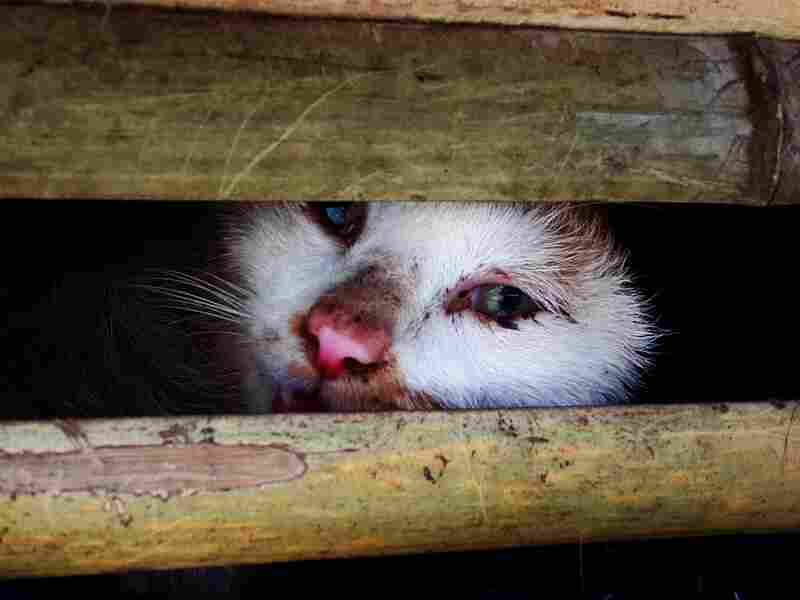 This picture taken on Jan. 27, 2015 shows a seized cat in one of the cages being transported in a truck in Hanoi. AFP/Getty Images hide caption 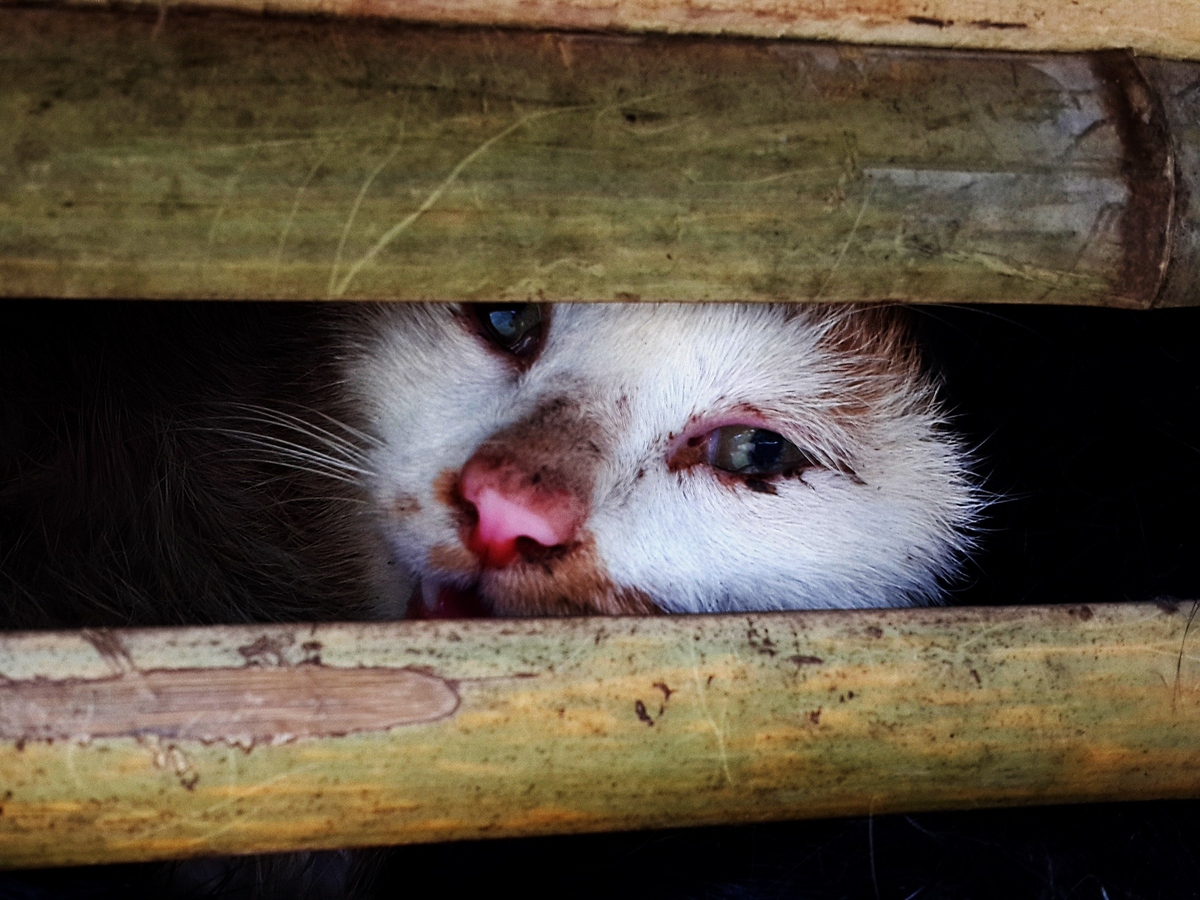 This picture taken on Jan. 27, 2015 shows a seized cat in one of the cages being transported in a truck in Hanoi.

Vietnamese authorities have buried thousands of cats, many of them apparently still alive, that were destined for restaurant tables. The Associated Press says the felines were culled because they posed an environmental and health risk.

The cats were being smuggled into northern Vietnam from China. The AP says the three tons of animals were found in cramped bamboo baskets packed into a single truck. Photos show the cats peering out the side, their limbs and tails sticking out. The driver was fined about $360.

The International Business Times says an online petition was started shortly after the cats' capture and an appeal was sent to the Vietnamese embassy in the U.S. to save the cats but to no avail. In an interview with IBT, Jordan Turner, president of the animal rights group Global Conservation Group, says it's likely the Vietnamese police didn't have the ability to euthanize that many cats, and so they were buried alive.

Vietnam banned the trafficking of cats and serving them at restaurants in 1998 in an effort to encourage ownership and help keep the country's rat population under control. Despite that, there are still restaurants serving cat, which is known locally as "little tiger." It's considered a delicacy and is often fried or barbecued.

Not surprisingly, there are few cats roaming the streets of Vietnam, and many owners keep their pet cats on a leash.