Accessibility links
Jordan's Military Conducts Airstrikes Against Islamic State Targets : The Two-Way King Abdullah has vowed to wage a "harsh" war against the group after it released a video this week that showed a Jordanian pilot being burned alive. 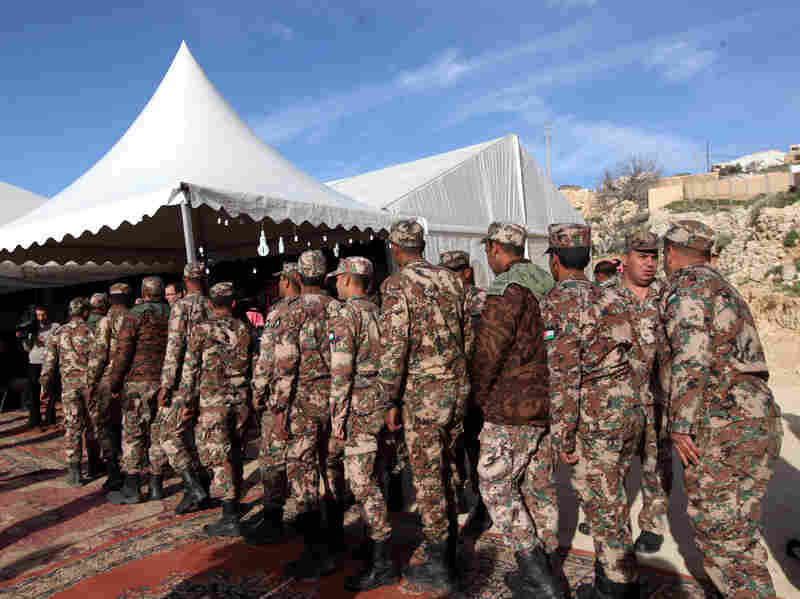 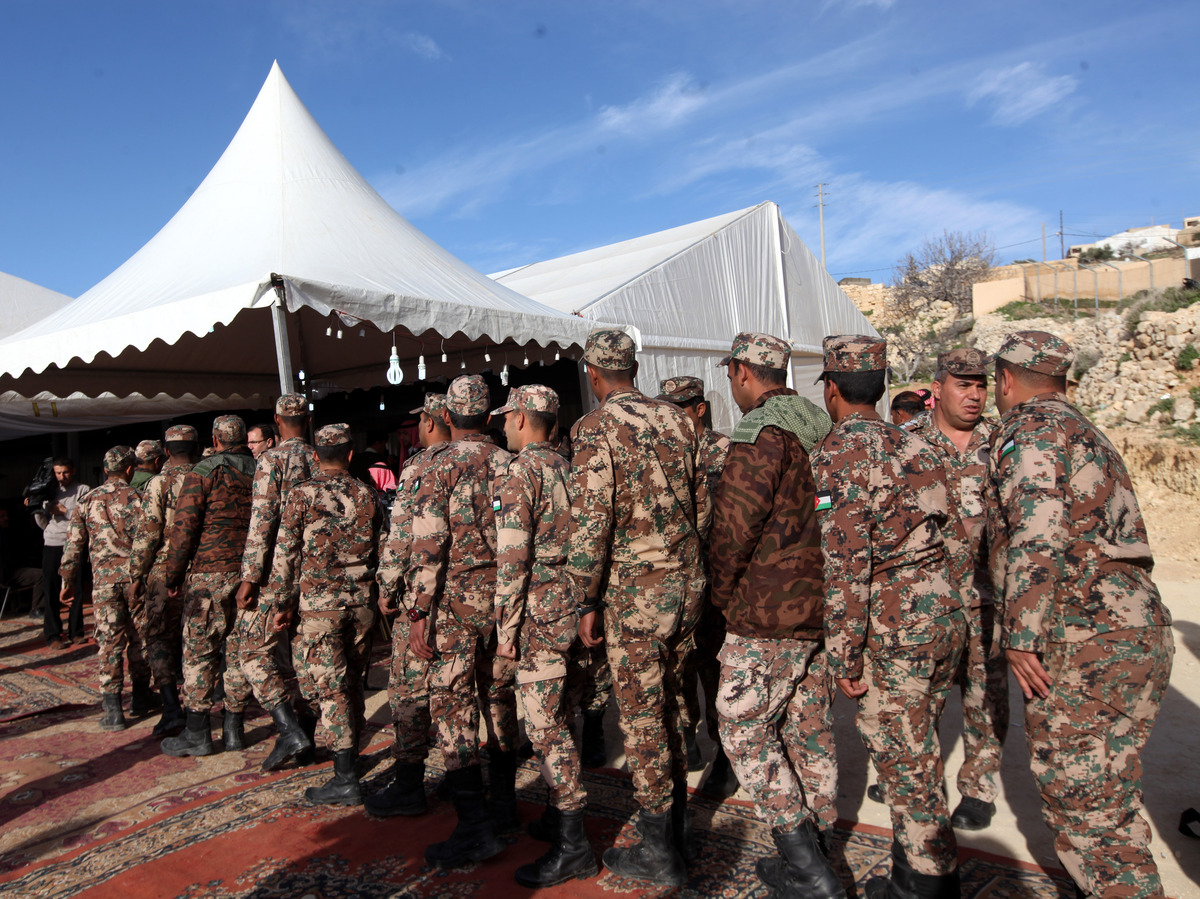 Jordan's military conducted airstrikes against the self-described Islamic State militant group in both Syria and Iraq Thursday, a day after vowing revenge for the killing by the organization of a Jordanian pilot. The country, which is part of the U.S.-led coalition against the Islamic State, delivered the news in a statement from its military.

NPR's Peter Kenyon, who is in the Jordanian capital, Amman, tells our Newscast unit: "Public concerns about Jordan's participation in the anti-ISIS coalition subsided amid national outrage at a video showing the burning of the captured Jordanian pilot. Rumors even circulated that the king himself, a former pilot, would fly a mission, though military experts say that's highly unlikely."

The Jordanian airstrikes came as King Abdullah heads to southern Jordan to pay condolences to the family of the slain pilot, Lt. Muath al-Kaseasbeh. Abdullah has vowed to wage a "harsh" war against the militants after they released a video this week that showed Kaseasbeh being burned alive.

Jordan executed al-Qaida-linked militants in the wake of the video's release.