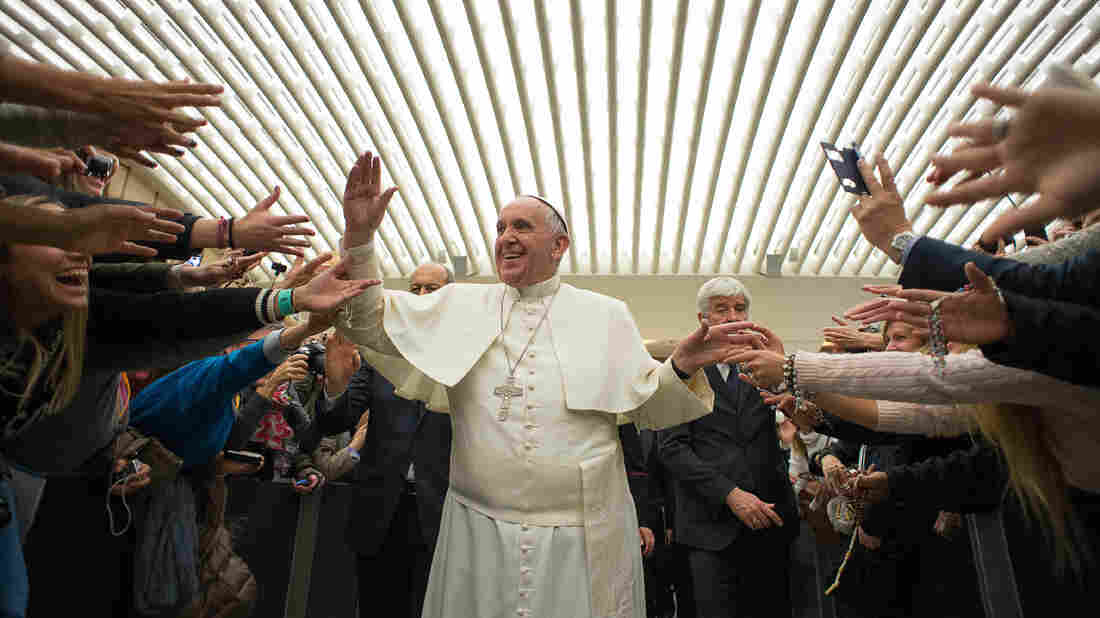 Pope Francis is cheered by the faithful as he arrives for the weekly general audience at the Vatican on Wednesday. AP hide caption 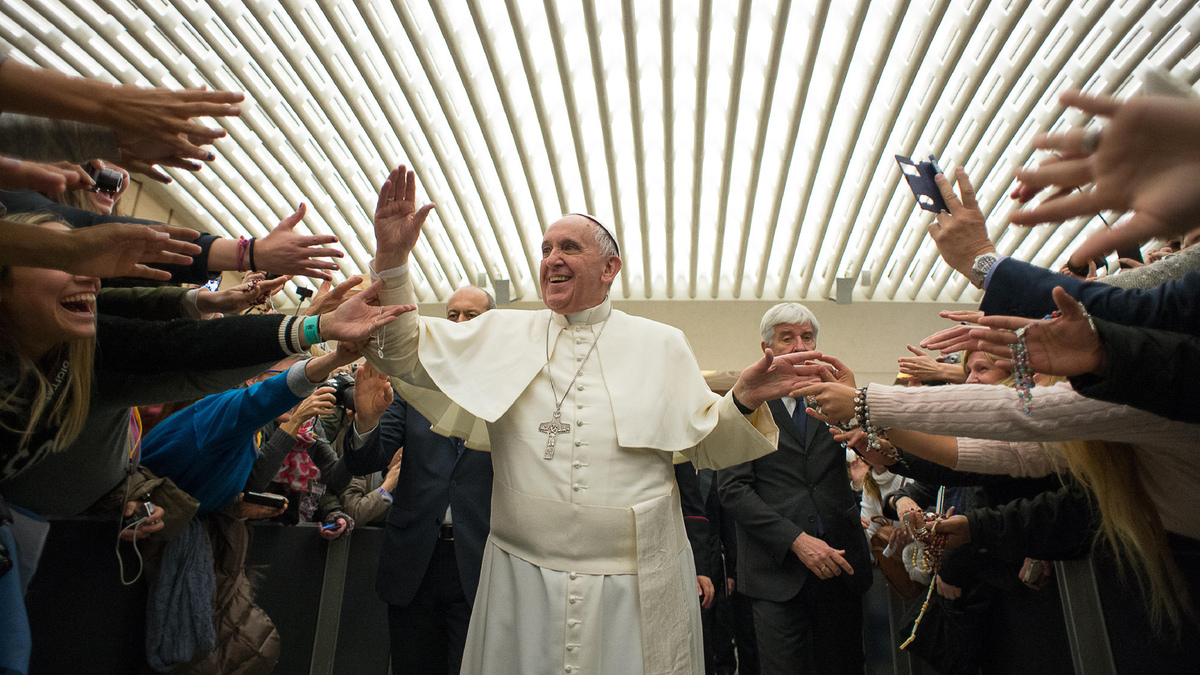 Pope Francis is cheered by the faithful as he arrives for the weekly general audience at the Vatican on Wednesday.

Pope Francis will be the first pontiff to address a joint meeting of Congress, House Speaker John Boehner said Thursday.

Francis will address lawmakers on Sept. 24, Boehner said, as part of his first papal visit to the United States.

"We're humbled that the Holy Father has accepted our invitation and certainly look forward to receiving his message on behalf of the American people," the Ohio Republican told reporters.

In addition to his trip to Capitol Hill, Francis plans to travel to Philadelphia for the World Meeting of Families as well as to New York to visit the United Nations.

Roughly one-third of the members of Congress are Catholic, according to the Pew Research Center. Both leaders of the House of Representatives, Boehner and Democratic leader Nancy Pelosi, are Catholic.

Pelosi said in a statement, "We are eager to welcome His Holiness to the U.S. Capitol and we look forward to hearing his call to live our values, to protect the poor and the needy, and to promote peace."

Boehner extended an invitation in March for Francis to address a joint meeting of Congress, saying the pope has "inspired millions of Americans with his pastoral manner and servant leadership, challenging all people to lead lives of mercy, forgiveness, solidarity and humble service."

Francis would not be the first pope to visit the U.S. capital. Pope John Paul II traveled to Washington, D.C., in 1979, and Pope Benedict XVI visited the capital in 2008.