Accessibility links
Obama Condemns 'Horrific Acts' In The Name Of Religion : The Two-Way The president said that God never justifies the killing of innocent people. He also referred to the Dalai Lama, who attended the National Prayer Breakfast for the first time, as his "good friend."

Obama Condemns 'Horrific Acts' In The Name Of Religion

Obama Condemns 'Horrific Acts' In The Name Of Religion 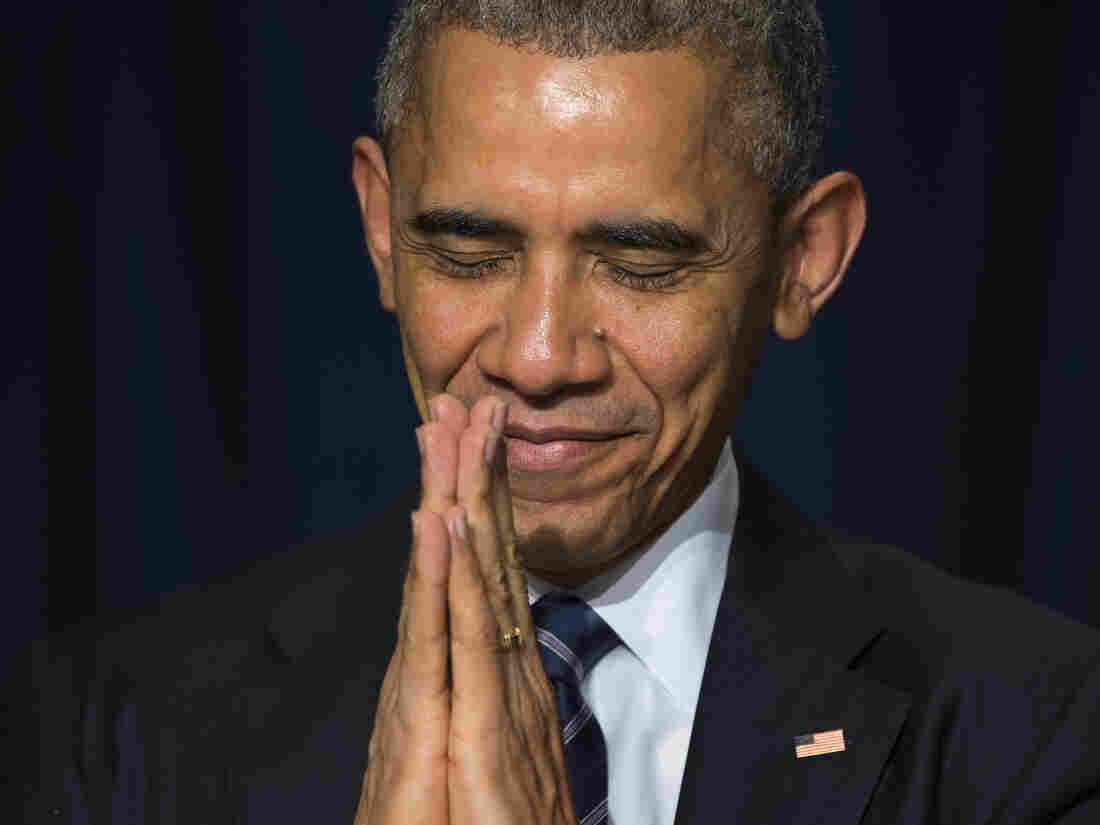 President Obama bows his head towards the Dalai Lama as he was recognized during the National Prayer Breakfast in Washington, on Thursday. Evan Vucci/AP hide caption 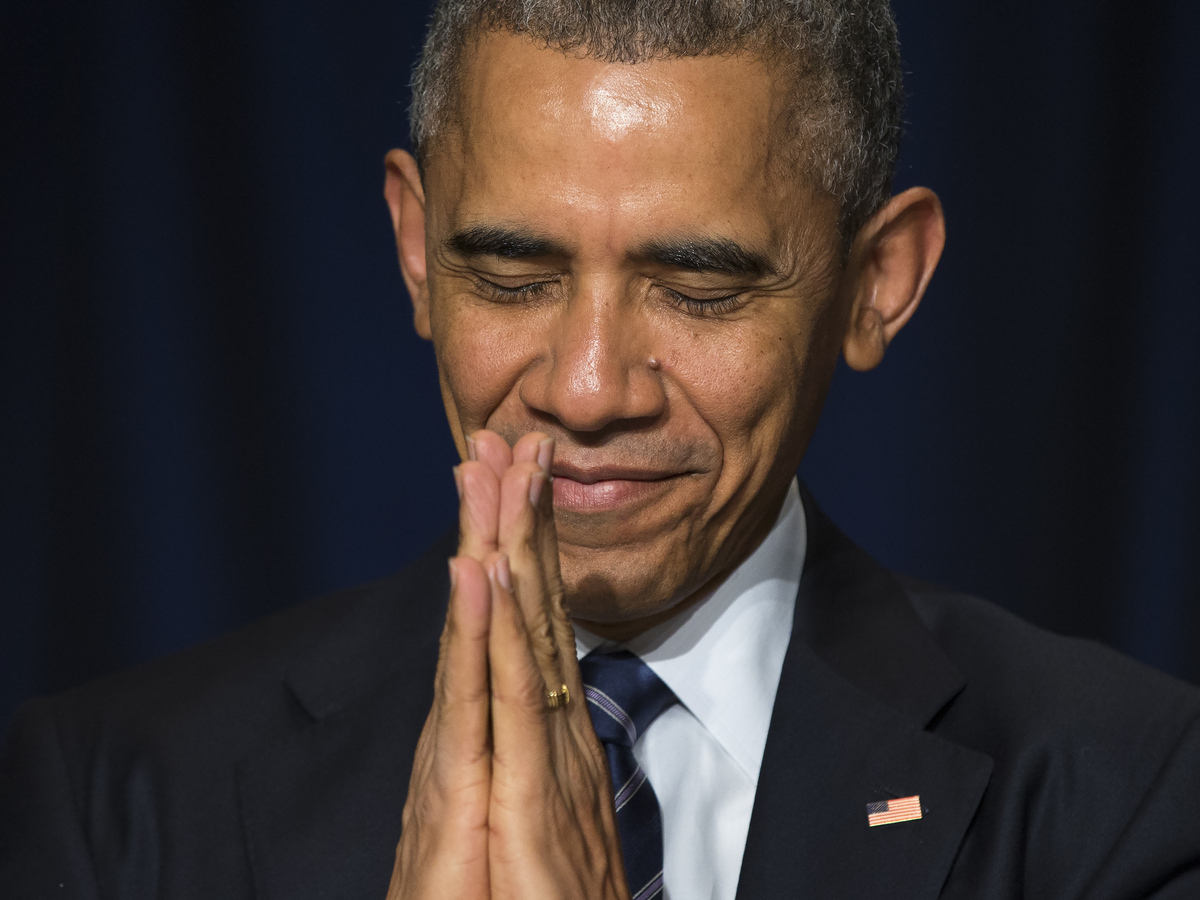 President Obama bows his head towards the Dalai Lama as he was recognized during the National Prayer Breakfast in Washington, on Thursday.

President Obama, speaking at the National Prayer Breakfast today, condemned the twisting of religion to justify killing innocent people, saying that it always goes against the will of God. He also praised the Dalai Lama, who was in attendance, calling him a good friend.

The audience of 3,600 people gathered for the annual event in Washington included for the first time the Dalai Lama, the Tibetan spiritual leader who has lived in exile since 1959, when he fled Tibet amid a Chinese takeover. Beijing objects to any official recognition of the Dalai Lama by foreign governments.

Even so, Obama has met privately with the Dalai Lama on several occasions and today referred to him in remarks as "a good friend."

But the main focus of the speech was on concerns about religiously inspired acts of terror, echoing a theme he has touched on in past prayer breakfasts.

"From a school in Pakistan to the streets of Paris, we have seen violence from those who profess to stand up for faith and in the name of religion," the president said.

He pointed out the "horrific acts of barbarism in the name of religion" and the "rising tide of anti-Semitism and hate crimes in Europe" which, he said, was often justified by faith.

"No god condones terror," the president said. "We are summoned to push back against those who would distort our religion for their nihilistic ends," he said, describing militants of the self-declared Islamic State as a "death cult."

The president warned against getting "on our high horse and think this is unique to some other place.

The Associated Press says it was the first time Obama and the Dalai Lama attended the same public event.

The president, who the AP says clashed his hands in prayer, smiled and nodded the Tibetan leader called him "a powerful example of what it means to practice compassion."

He "inspires us to speak up for the freedom and dignity of all human beings," Obama said.