Accessibility links
RadioShack, The Electronics Chain, Files For Bankruptcy : The Two-Way The chain, known as the place you could find spare parts, hung on for years but now plans to sell up to 2,400 stores nationwide. 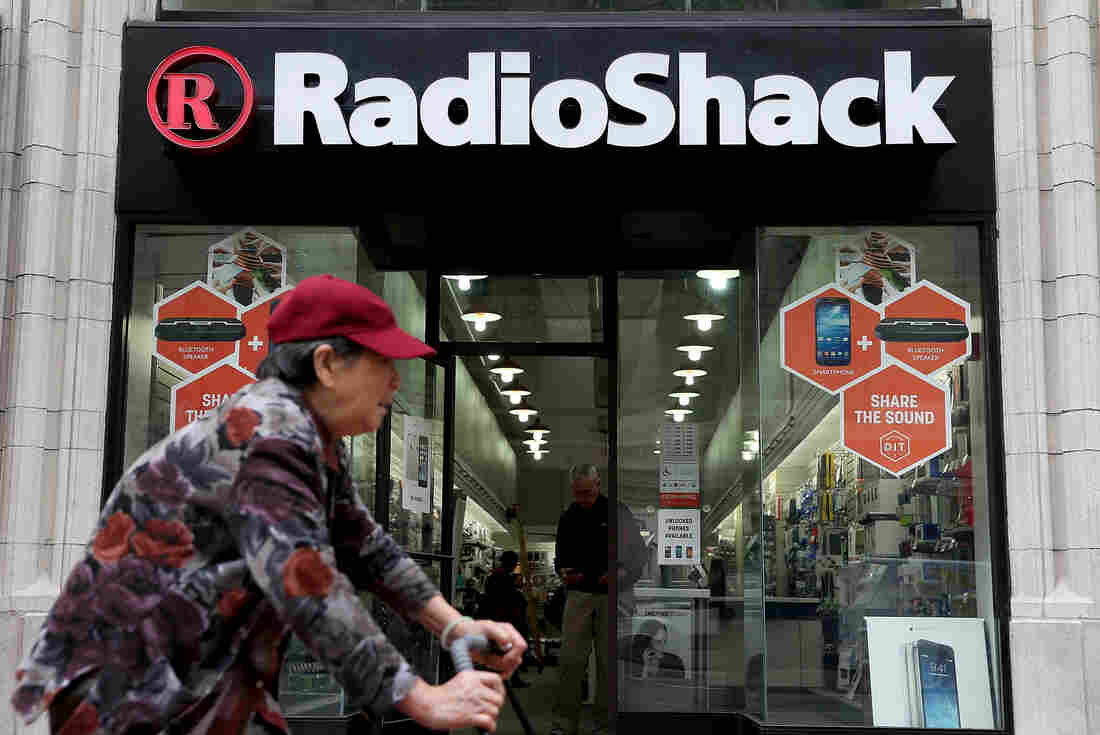 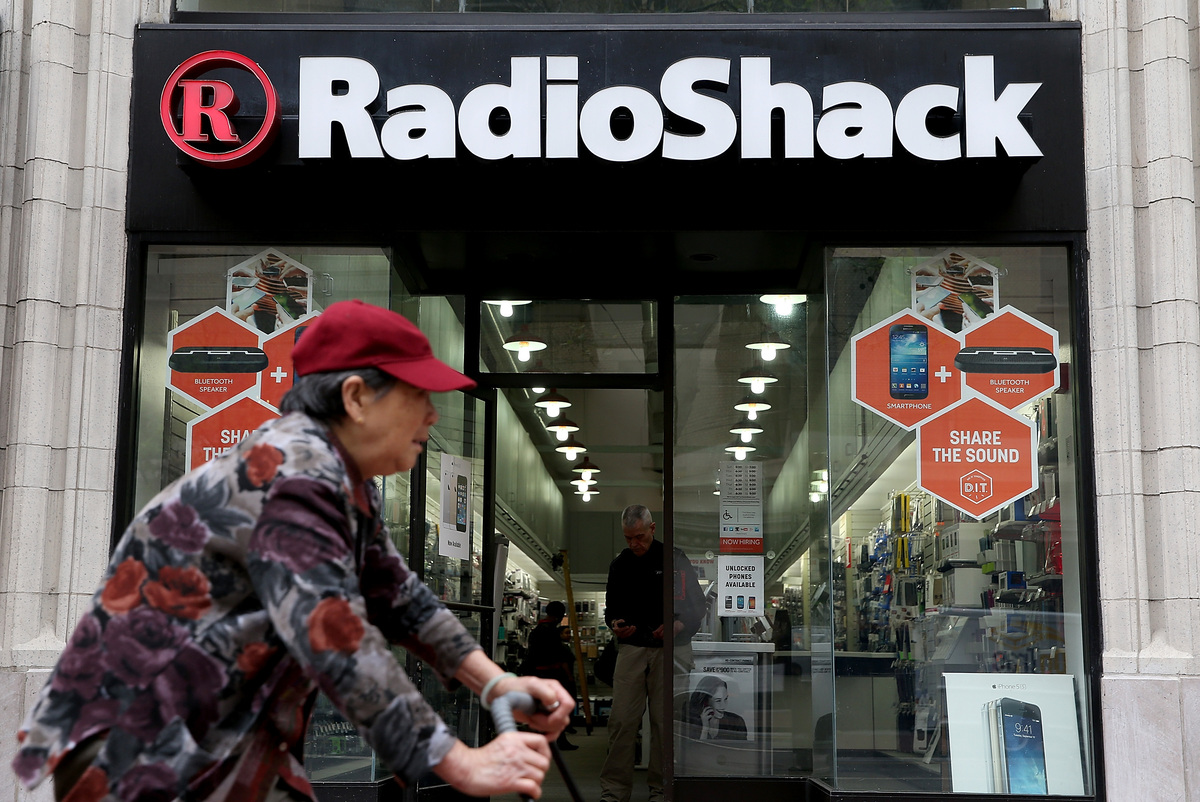 A person rides by a RadioShack store in San Francisco.

RadioShack, the electronics chain that has hung on for years despite a steep decline in its business, filed for Chapter 11 bankruptcy on Thursday.

According to the AP, the company plans to sell up to 2,400 of its stores nationwide.

As The Washington Post puts it, RadioShack had tried to remake its analog business in the digital age, but it never quite became a destination store. Instead of buying TV sets there, people went for spare parts.

In what could now be seen as a last-ditch attempt to remake itself, RadioShack ran a commercial during the 2014 Super Bowl.

"The '80s called, they want their store back," a store clerk says, just before a crew of 1980s pop icons takes everything from the store.

"It's time for a new RadioShack," the voice-over says.

But business continued to decline and forced RadioShack to call it quits.

The Wall Street Journal reports that under the bankruptcy agreement, "Standard General will purchase up to 2,400 stores, and Sprint will establish a retail presence in up to 1,750 acquired stores."

"The deal is aimed at heading off the sort of liquidation that claimed Circuit City and Borders, where the inventory was sold to pay off their lenders. But already, RadioShack is furiously shutting down stores around the country and preparing to close more, according to employees interviewed over the past week."

RadioShack was founded in 1921, selling radio supplies to officers on ships. According to a CBS News history of the store, it later expanded to stores and the mail-order business. It struck it big with two products: first CB radios, then the TRS-80, one of the first mass-produced personal computers.

From there, CBS News reports, the company made a series of missteps. It slowed its sales of computers and it missed the digital revolution by first refusing to sell products online.

In recent years, it tried to make itself cool, but instead it ended up with an odd array of products on its shelves that failed to draw customers in.