Accessibility links
As Temperatures Drop, Shelter Needs For Homeless Families Rise : The Two-Way A homeless crisis in D.C. mirrors the increased need for sheltering the homeless in several American cities. Administrations examine possible solutions before space and resources run out. 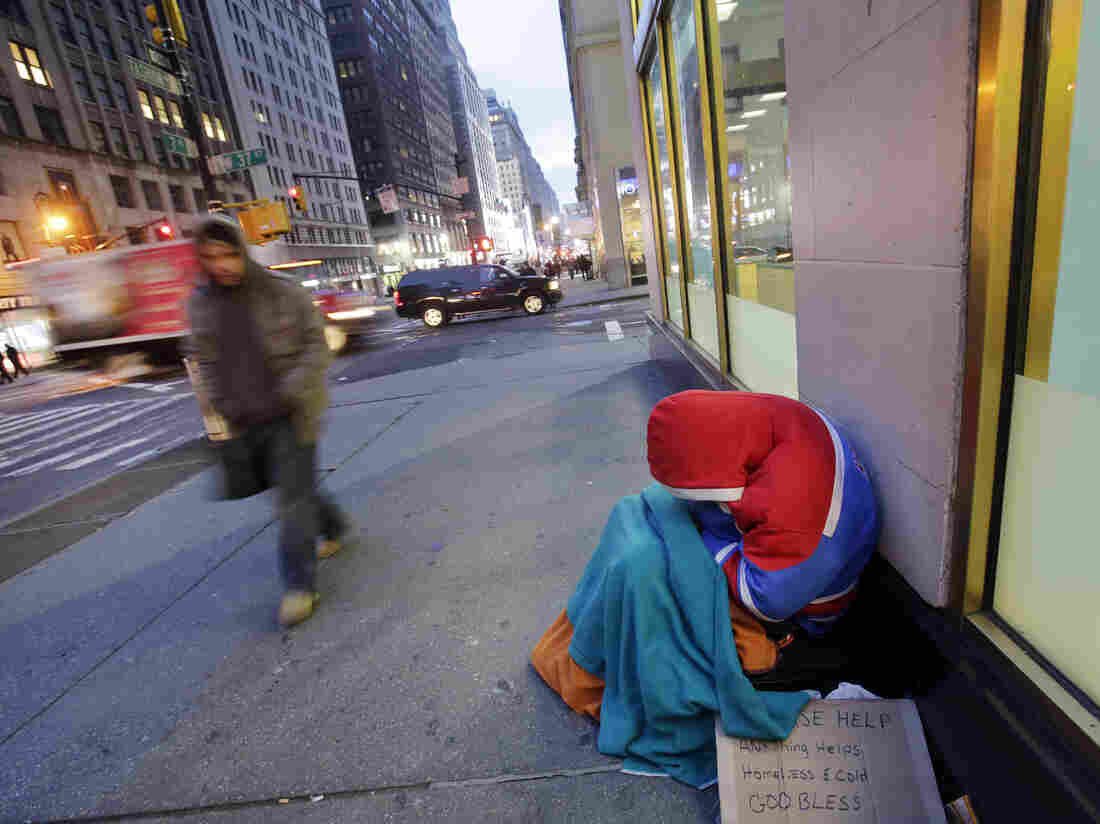 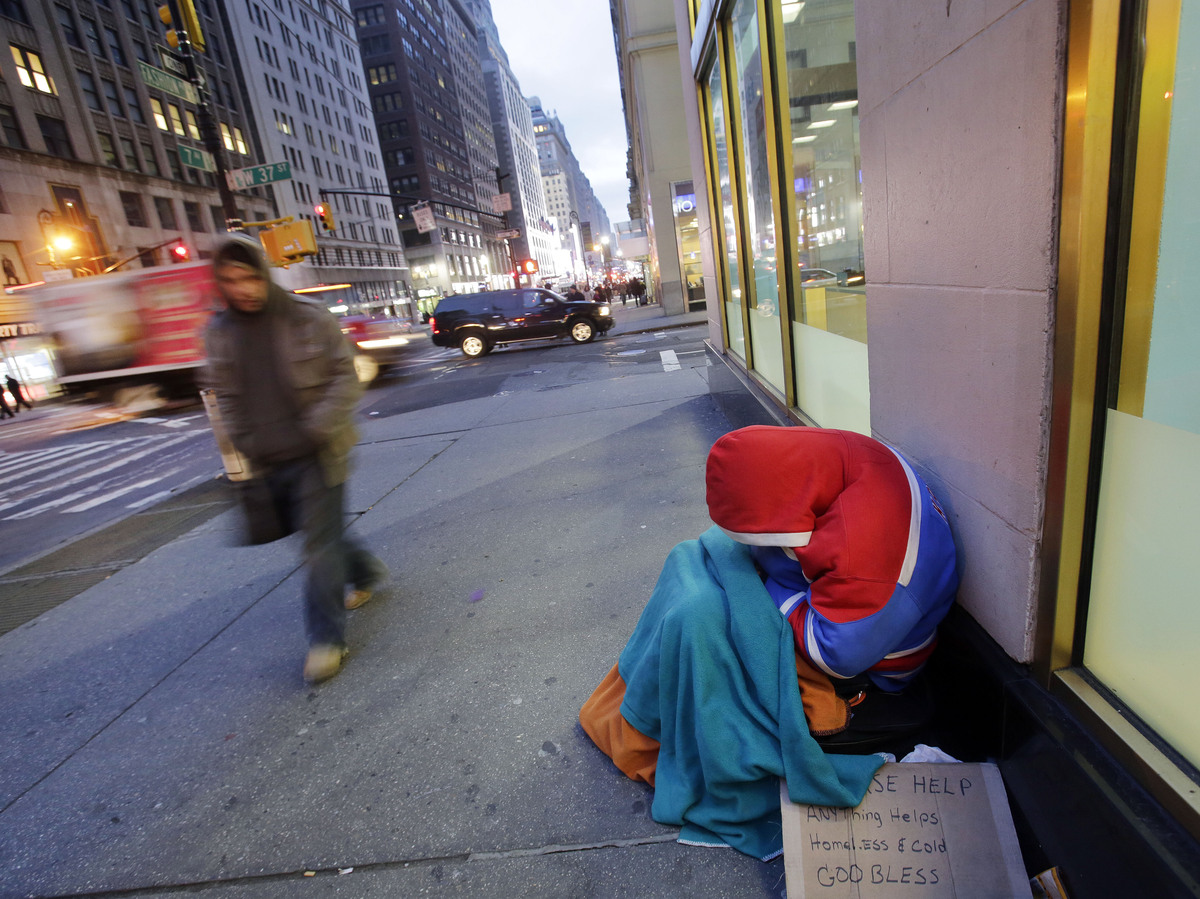 D.C.'s new mayor Muriel E. Bowser surprised advocates for the homeless in the district when she filed an emergency motion late Thursday, hoping to end a mandatory demand to provide all homeless families a private room when temperatures drop below freezing.

The Washington Post reported Friday the mayor and her administration argue that room is running out at motels, so shelters with lesser options for privacy should be available to at least get the homeless off the street. These "lesser options" include makeshift shelters in buildings like recreation centers. They're usually fashioned with partial walls and in some extreme cases, have people sleeping in hallways. A lawsuit filed last year on behalf of these individuals pointed out that families had to change clothes and use bathrooms in front of strangers in such situations, which violated city laws for children's privacy.

Temperatures in the district, however, have frequently dipped below freezing, causing a greater need to get homeless families indoors.

And this crisis is not unique to D.C.

Several U.S. cities are struggling to house their homeless populations as so-called "hypothermia season" is in full force. New York City's mayor, Bill deBlasio (another candidate who pledged an improvement to the city's homeless crisis) is being forced to house a growing number of families in what critics are calling substandard dangerous housing. The New York Daily News reported that New York's homeless population had reached an "all time high" this winter. The article cited a story of a woman living with 11 of her children in a three bedroom apartment where the ceiling collapsed on one of her sons during his shower.

In Portland, a couple is electing to live in their car because they don't want to be separated in the shelters. Most spaces require the men to sleep in different rooms away from women and children.

Detroit has witnessed an increase in so-called "tent cities" popping up all over the area. The Detroit News reported over 18,000 homeless people living within city limits.

The controversy lies in the idea of insisting on private quarters versus simply getting the homeless population off the street and away from freezing temperatures. D.C. homeless advocate Tashira Haylard is deputy director of The Playtime Project, a children's initiative at D.C. General, one of the most crowded and resource-stretched shelters in the district. She says it's a complicated problem but a solvable one.

"The family homelessness crisis has come to a head in our city and while the law requires that we provide families with shelter during hypothermia season, it is also our duty to ensure children's social and emotional needs are met."

Haylard says Mayor Bowser has inherited an "overwhelming challenge" that she says the former mayor did not properly address. Halyard also says the priority should be providing more affordable housing and greater investments in services that promote family stability.

A Bowser official says the mayor's recent motion is only part of a short-term solution to the freezing temperatures and the administration will continue working on Bowser's campaign promise to end chronic homelessness in the district.