Accessibility links
Canadians Have A Right To Assisted Suicide, High Court Says : The Two-Way The Canadian Supreme Court said the existing ban denies people the right "to make decisions concerning their bodily integrity and medical care" and leaves them "to endure intolerable suffering."

Canadians Have A Right To Assisted Suicide, High Court Says

Canadians Have A Right To Assisted Suicide, High Court Says 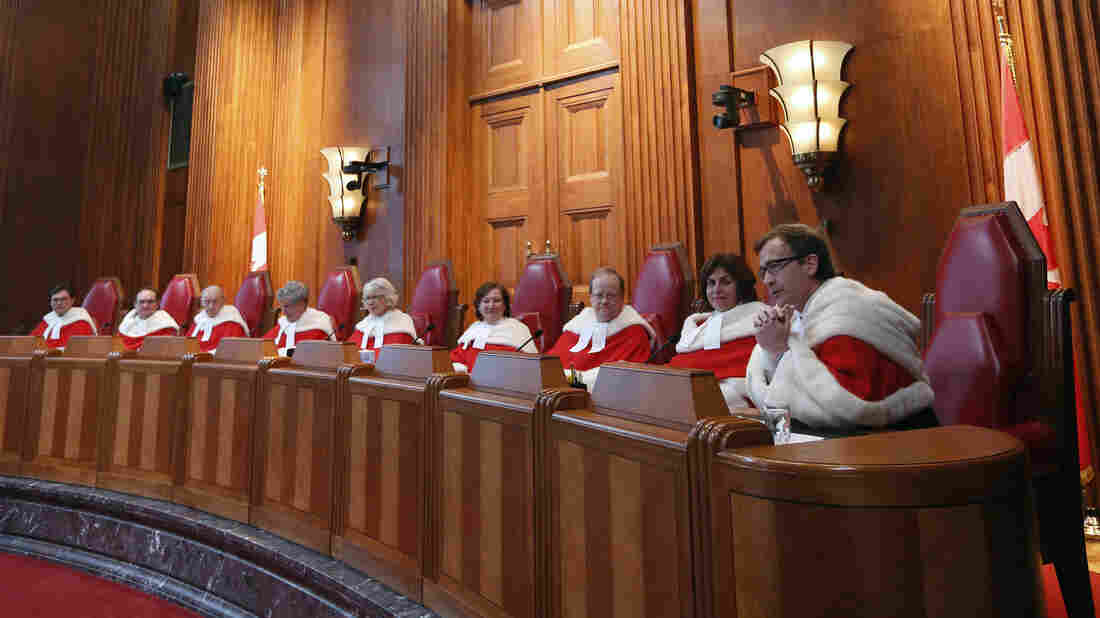 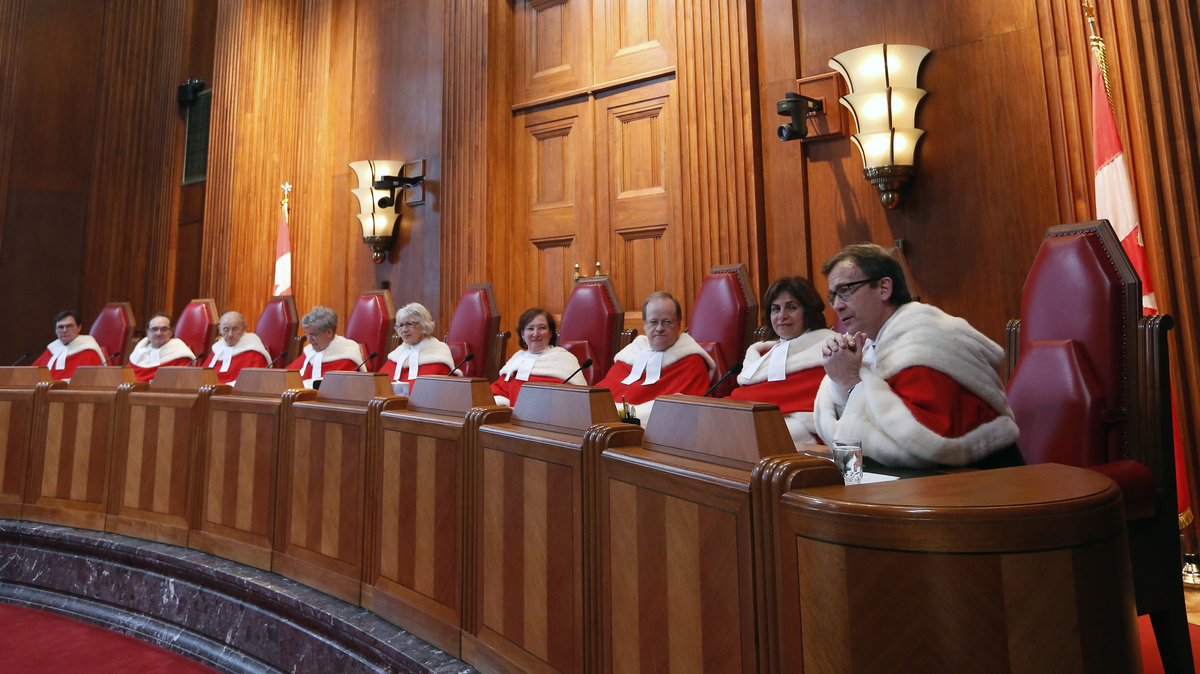 The Supreme Court of Canada, seen here in a welcoming ceremony last October, has overturned the country's ban on physician-assisted suicide.

In a unanimous ruling, Canada's supreme court struck down the country's law that bans doctor-assisted suicide Friday. The court said the law denies people the right "to make decisions concerning their bodily integrity and medical care" and leaves them "to endure intolerable suffering."

In its analysis, the court wrote, "the prohibition deprives some individuals of life, as it has the effect of forcing some individuals to take their own lives prematurely, for fear that they would be incapable of doing so when they reached the point where suffering was intolerable."

The court suspended its ruling from taking effect for 12 months, to give the government time to amend its laws. It called the prohibition on assisted suicide overly broad.

"While the ruling sets out specific criteria, it leaves some questions," Canada's CBC notes. "The decision is silent, for example, on whether depression or mental illness counts as a medical condition. The court does include psychological pain under the criteria of enduring and intolerable suffering."

Citing "the principles of fundamental justice," the court wrote that the existing ban had not been meant "to preserve life whatever the circumstances, but more specifically to protect vulnerable persons from being induced to commit suicide at a time of weakness."

The Globe and Mail offers this historic perspective:

"The ruling comes 22 years after the court narrowly rejected the claim of 42-year-old Sue Rodriguez, dying of amyotrophic lateral sclerosis, to a right to a physician's help in ending her life.

"The case at issue involved two women, both of them now dead. One was Kathleen Carter, 89, suffered from a degenerative disease, spinal stenosis, that left her lying 'flat as an ironing board,' in her own words, and unable even to read a newspaper. Her daughter Lee Carter took her to Switzerland for an assisted death. The other was Gloria Taylor, who suffered from the same condition as Ms. Rodriguez and died of an infection in late 2012."