Accessibility links
Nicaraguan Canal Project Unearths Ancient Relics, Animosities : The Two-Way The Chinese company building the shipping route has handed over more than 15,000 pre-Columbian relics to the Nicaraguan government. It's one of the least controversial stories related to the project. 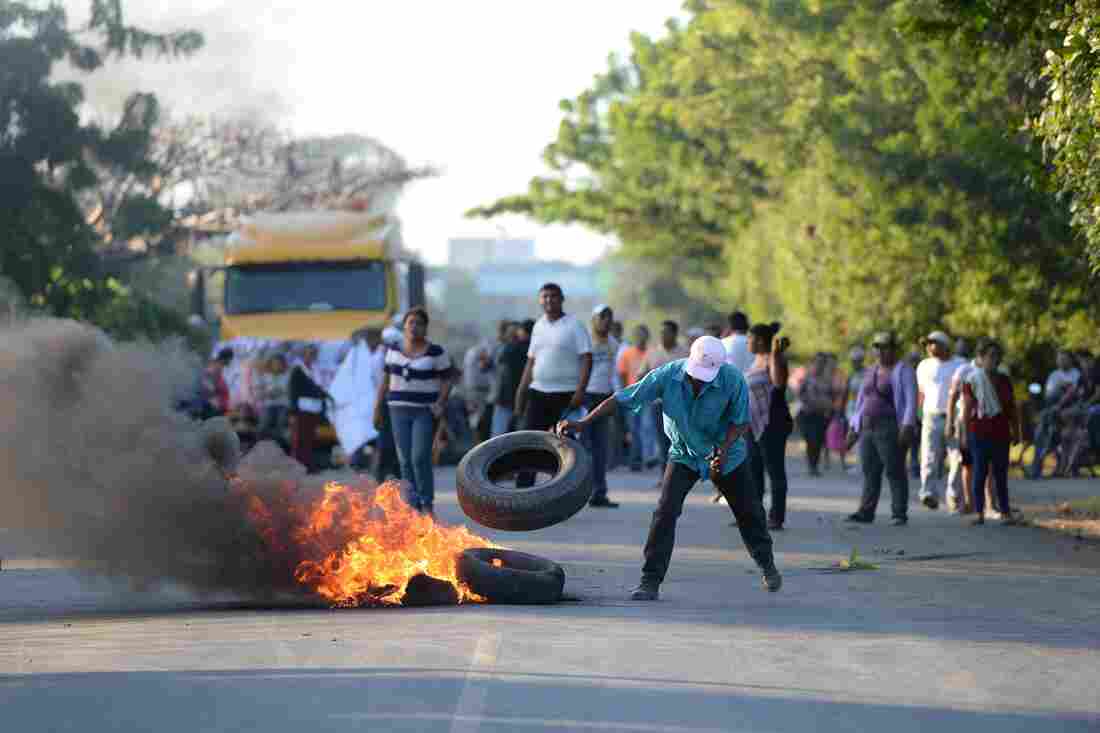 Protesters burn tires to demonstrate against the inter-oceanic canal in Rivas, Nicaragua, on Dec. 22, 2014. HKND Group, a Chinese company, began work on a $50 billion canal, an ambitious rival to the Panama Canal. AFP/Getty Images hide caption 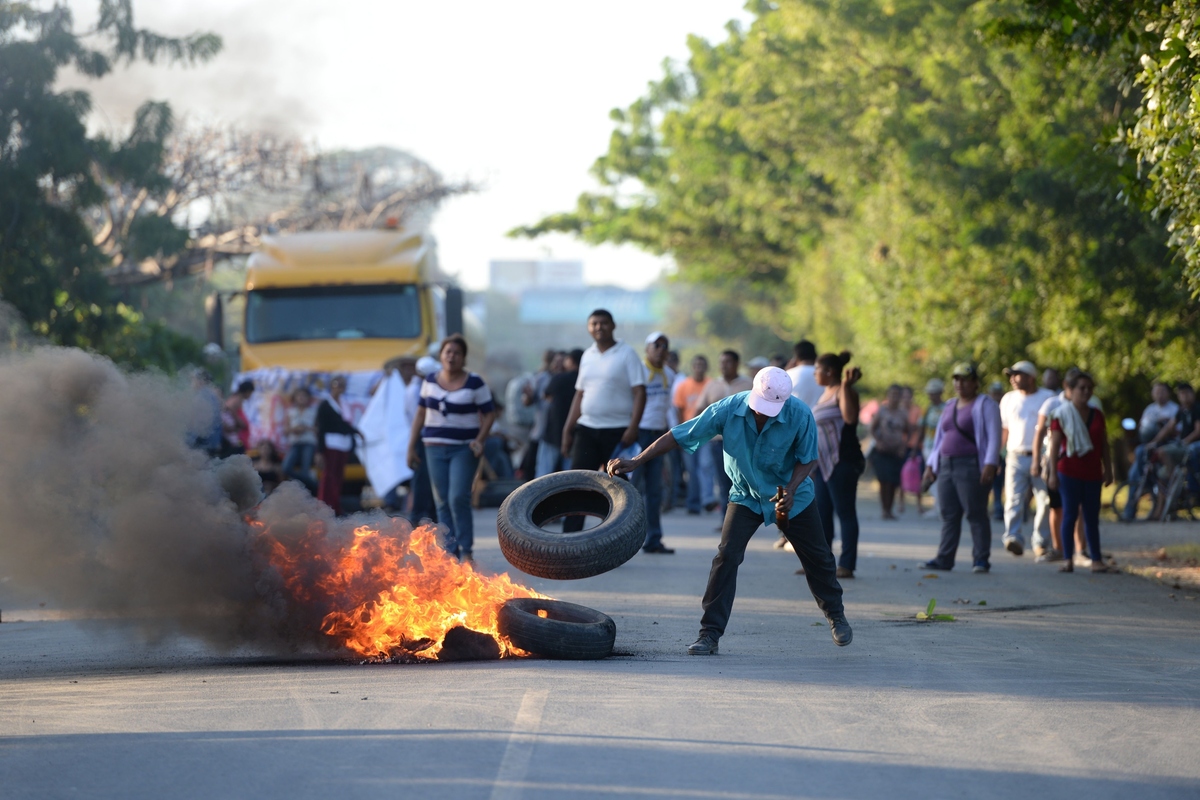 Protesters burn tires to demonstrate against the inter-oceanic canal in Rivas, Nicaragua, on Dec. 22, 2014. HKND Group, a Chinese company, began work on a $50 billion canal, an ambitious rival to the Panama Canal.

A Chinese company building a canal across Nicaragua has handed over more than 15,000 pre-Columbian relics to the Nicaraguan government. The relics, mostly pieces of pottery and obsidian, date from around 500 B.C. to the 1500s A.D.

The Associated Press reports, "The pieces were collected over six weeks by a team of 29 archaeologists and other specialists along the canal's 173-mile route."

It's one of the least controversial stories related to the project in recent months.

The canal, which will cost an estimated $50 billion, is expected to be completed in 2019. Funded by Chinese billionaire and telecom magnate Wang Jing, it will be one of the largest engineering projects in history. The Nicaragua Canal will be three times the length and twice the depth of the Panama Canal.

Nicaragua is the second-poorest country in the Western Hemisphere, and the government is hailing the canal as a much-needed economic boost. The project also includes the building of roads, a power plant, two new ports, bridges and an airport. Top officials are comparing the scale of change to the transformation forged by the Spanish colonizers.

"It's like when the Spanish came here, they brought a new culture. The same is coming with the canal," Manuel Coronel Kautz, head of Nicaragua's canal authority, told The Guardian. "It is very difficult to see what will happen later — just as it was difficult for the indigenous people to imagine what would happen when they saw the first [European] boats."

But not everyone is comfortable with that comparison. Although polls suggest most Nicaraguans support the canal project, The Washington Post reported earlier this week that others worry Nicaragua is not getting its fair share of the deal.

"President [Daniel] Ortega granted Wang's canal company, HK Nicaragua Canal Development Investment Co. Ltd., or HKND Group, a 50-year concession, which would give Nicaragua only a small return — $10 million a year — for the first decade of operation, then increasing percentages of the profits in subsequent years."

Many in Nicaragua also see it as risky to have an entrepreneur behind the canal, as opposed to the Chinese government itself. In December of last year, the U.S. embassy in Nicaragua released an official statement expressing concern over the lack of transparency.

"The embassy is worried by the lack of information and transparency that has existed, and continues to exist, over many of the important aspects of this project."

There have also been protests — and allegations of retaliatory police brutality — by townspeople in the canal's path. They worry they will be displaced from their farms and fishing jobs and not be properly compensated. There are accusations that many of the new canal jobs would go to Chinese workers being brought in for the project.

Ecologist groups are also worried about possible environmental damage. Activists say digging will contaminate the rivers and affect the fowl of Lake Nicaragua.

But proponents of the project say the country's priority is tackling poverty.

"I think the country's poverty is a bigger problem than the environmental concerns," Arturo Cruz, the former Nicaraguan ambassador to the U.S., told The Post. "If we don't achieve a more prosperous country in the next five to 10 years — with or without the canal — we will see severe damage to the environment."