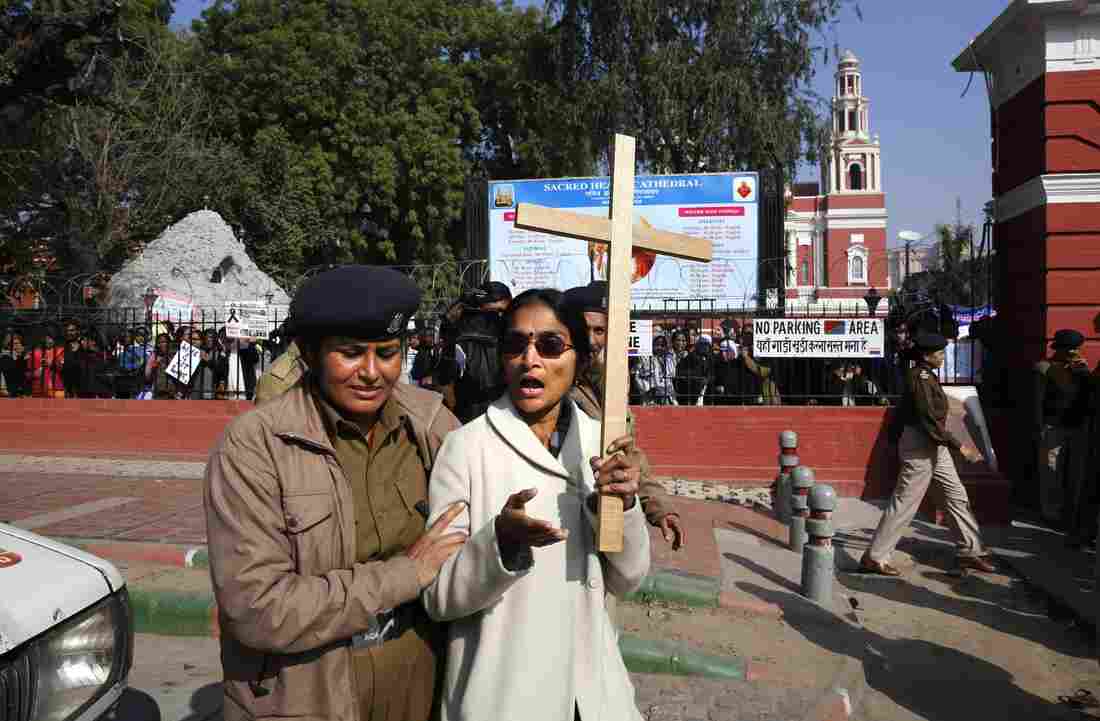 A policewoman detains one of the Indian Christians protesting against recent attacks on churches in the Indian capital outside the Sacred Heart Church in New Delhi, India, on Thursday. Manish Swarup/AP hide caption 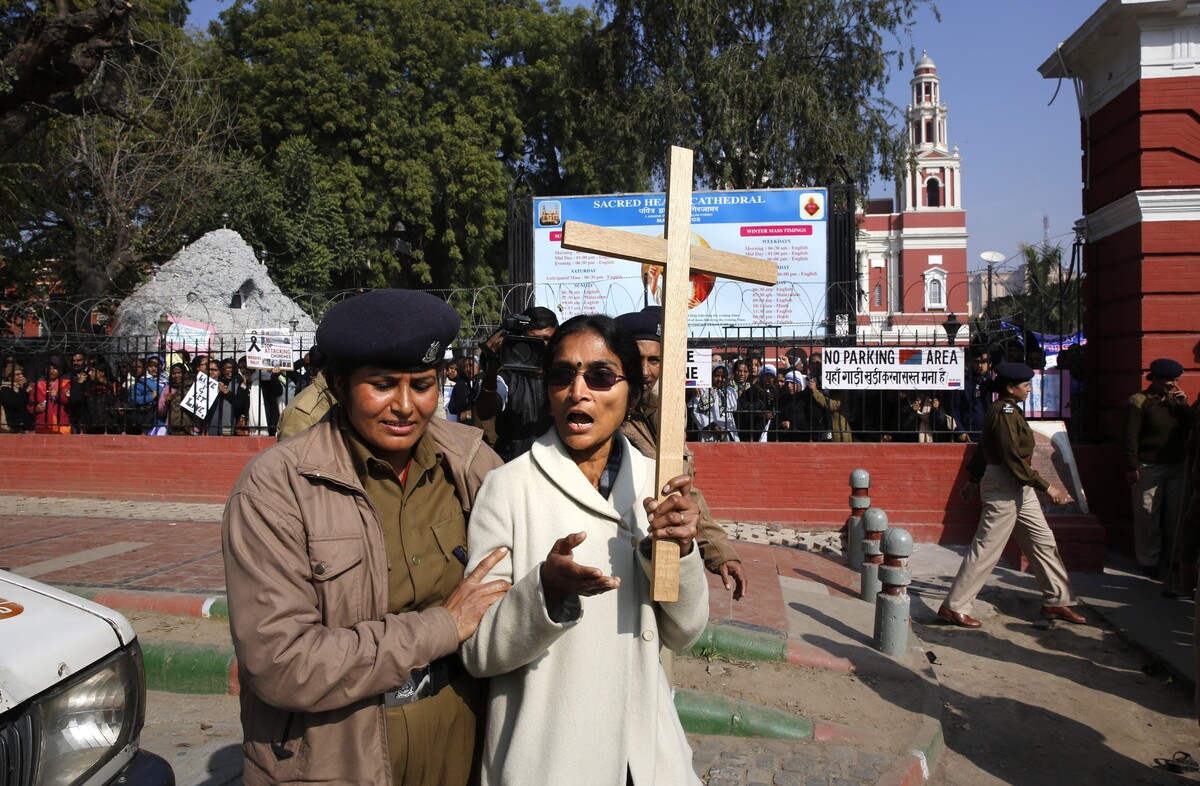 A policewoman detains one of the Indian Christians protesting against recent attacks on churches in the Indian capital outside the Sacred Heart Church in New Delhi, India, on Thursday.

The subject of religious intolerance is emerging as an irritant in U.S.-India relations.

He said: "In past years, religious faiths of all types have, on occasion, been targeted by other peoples of faith, simply due to their heritage and their beliefs— acts that would have shocked Gandhi-ji," meaning Mahatma Gandhi.

The President did not single out any particular religion, and took pains to say that religious discrimination was not unique to India. He spoke of the Crusades, and said slavery and Jim Crow laws were justified in the name of Christianity.

But the remarks were the second time in ten days that Obama referenced India and the need to safeguard against religious intolerance. In a speech during his visit to New Delhi last week, which the White House insists was meant to celebrate India's diversity, Obama said, "India will succeed so long as it is not splintered along lines of religious faith, splintered along any lines and it is unified as one nation."

Indian television blistered with debate today: Were acts of religious discrimination in India being exaggerated? Was the president guilty of a double-standard when he mentioned India and not Saudi Arabia? Was the silence of Prime Minister Narendra Modi, a self-declared Hindu nationalist, deliberate? Christians blame Hindu fundamentalists for alleged desecrations of Catholic churches in Delhi the past two months.

The debate erupted in a week that saw Delhi police pulling priests and nuns onto busses to shut down a protest to demand greater protection of Christian places of worship in the capital. The Catholic Archdiocese sought full investigations of reported defilements, including the suspected arson that gutted St. Sebastian's church last Dec. 1.

Hindu hard-liners have made no secret of their support for what they call "a homecoming" campaign aimed at returning non-Hindus to the "Hindu fold" and creating a Hindu Rastra, or Hindu State. India is 80 percent Hindu with Muslims making up 14 percent and Christians just two percent.

Indian senior officials brushed aside any assertion that Modi's ruling BJP Party was driving a wedge between religious groups.

He said the best example of Indian tolerance was sitting next to President Obama as he spoke at the Prayer Breakfast: His Holiness the Dalai Lama, who sought exile in India in 1959 and set up a government of Tibet in exile in Dharamshala.