Accessibility links
Leaders Plan For New Minsk Summit On Ukraine : The Two-Way A revival of peace talks in the capital of Belarus is aimed at resuscitating a widely violated truce agreed there in September. 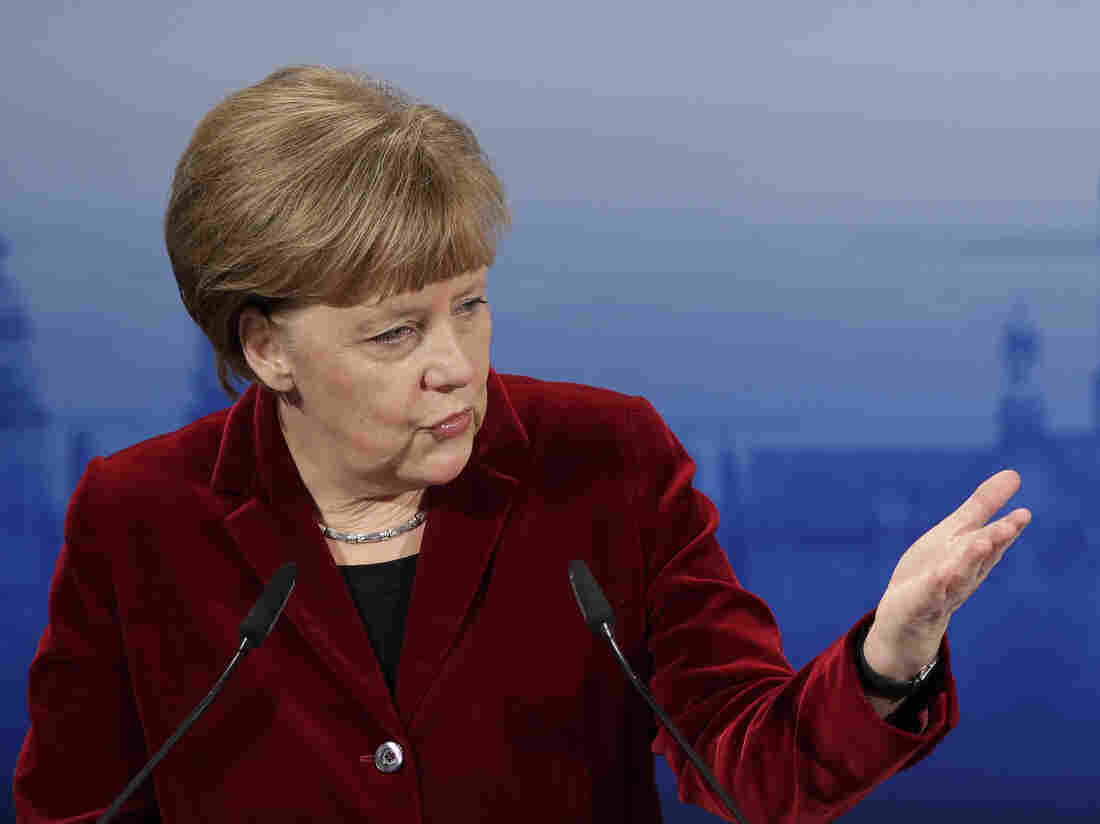 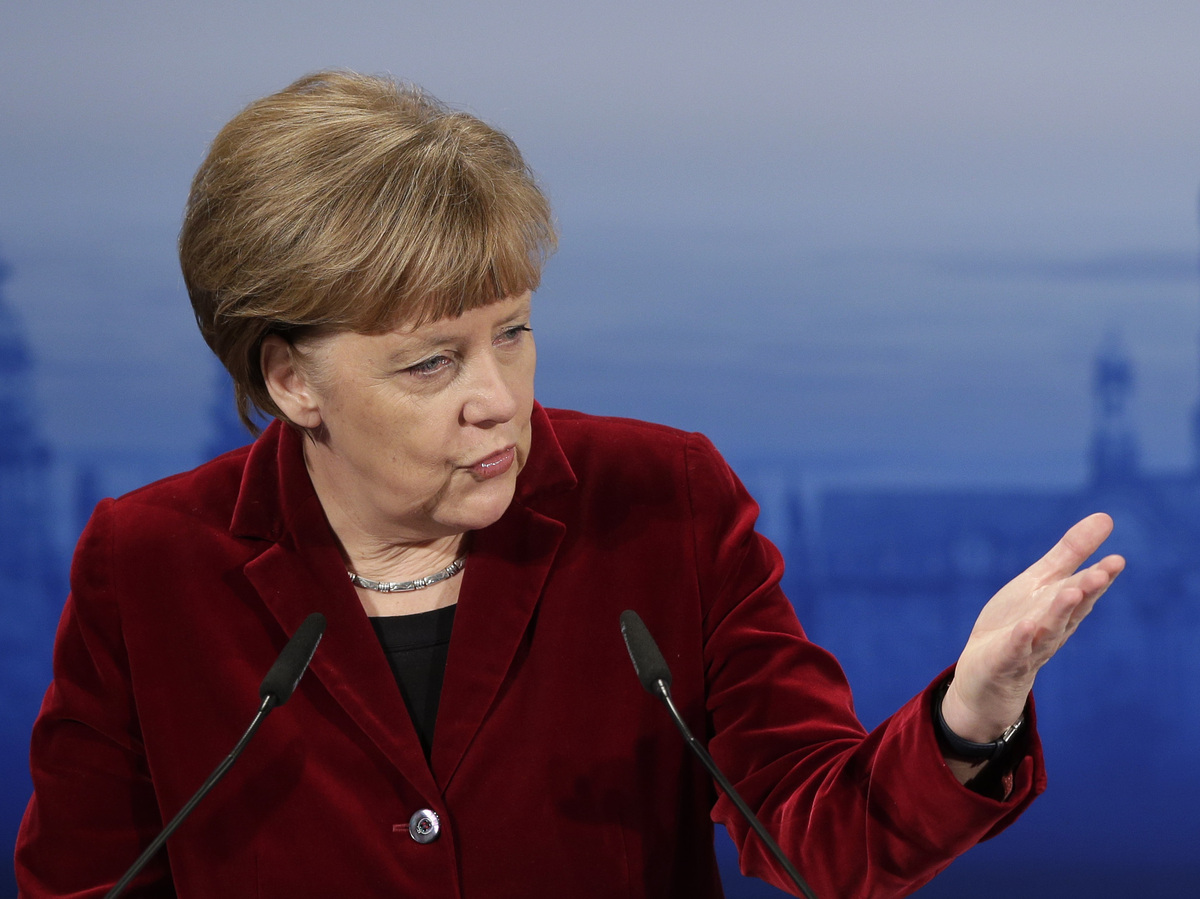 German Chancellor Angela Merkel gestures during her speech at the Munich Security Conference in Munich, Germany on Saturday.

Hoping to salvage something of a widely ignored truce in eastern Ukraine that was forged just months ago, German Chancellor Angela Merkel and other leaders are set for another summit in Minsk this week.

If all goes to plan, Merkel will join Russian President Vladimir Putin, Ukrainian President Petro Poroshenko and French President Francois Hollande in the capital of Belarus on Wednesday.

In a flurry of activity in recent days that has surrounded a security conference held in Munich, Merkel and Hollande have led an effort to resuscitate the peace deal and forestall a possible U.S. move to provide arms to Kiev to fight Russian-backed separatists.

The Associated Press says: "The plan for a meeting Wednesday in the Belarusian capital emerged from a phone call between ... [Merkel, Hollande, Putin and Poroshenko]. Merkel's spokesman, Steffen Seibert, described the call as 'intensive.'"

Seibert said the four parties had discussed "a package of measures" aimed at reaching "a comprehensive settlement of the conflict in eastern Ukraine," the BBC says.

The AP adds: "The aim is to draw up a package of measures that breathes new life into a much-violated September peace plan. Seibert and the French government said preparations for the summit will take place Monday in Berlin, without elaborating."

Russia's Foreign Minister Sergei Lavrov was quoted by Reuters as saying "important decisions" would be taken at the summit. Poroshenko said in a statement that the meeting will lead to a "swift and unconditional cease-fire," according to Reuters.

Lavrov's professed optimism, however, was dampened by Agence-France Presse reports that Putin might be hedging. AFP quotes the Russian leader as saying the summit would only take place if the leaders agreed on a "number of points" before Wednesday.

"We will be aiming for Wednesday, if by that time we manage to agree on a number of points which we've been intensely discussing lately," Putin told Belarus President Alexander Lukashenko, according to the French news agency.

Despite reports to the contrary, U.S. Secretary of State John Kerry denied that there was a rift developing between the U.S. and Europe on how to settle the Ukraine conflict. Washington is said to be considering arms shipments to Kiev, something Merkel, in particular, has strongly opposed.

"There is no division, there is no split," Kerry said, according to the AP. "I keep hearing people trying to create one. We are united, we are working closely together."

Meanwhile, Britain, which has remained largely on the sidelines in the peace negotiations, accused Putin of acting like a "tyrant" over Ukraine.

British Foreign Secretary Philip Hammond also rejected the suggestion that the U.K. had become irrelevant to the talks. Speaking with Sky News, referring to Moscow's backing of the rebels, he acknowledged that "Ukrainians can't beat the Russian army."

"This man (Putin) has sent troops across an international border and occupied another country's territory in the 21st century acting like some mid-20th century tyrant. Civilized nations do not behave like that," Hammond told Sky, according to Reuters.