Accessibility links
Snow Buries The Northeast (Again), As Pacific Storms Flood The West : The Two-Way Massachusetts declared a commonwealth-wide state of emergency to allow snow removal equipment to flow into the state. By nightfall, Boston had broken a record for most snowfall in a 30-day period. 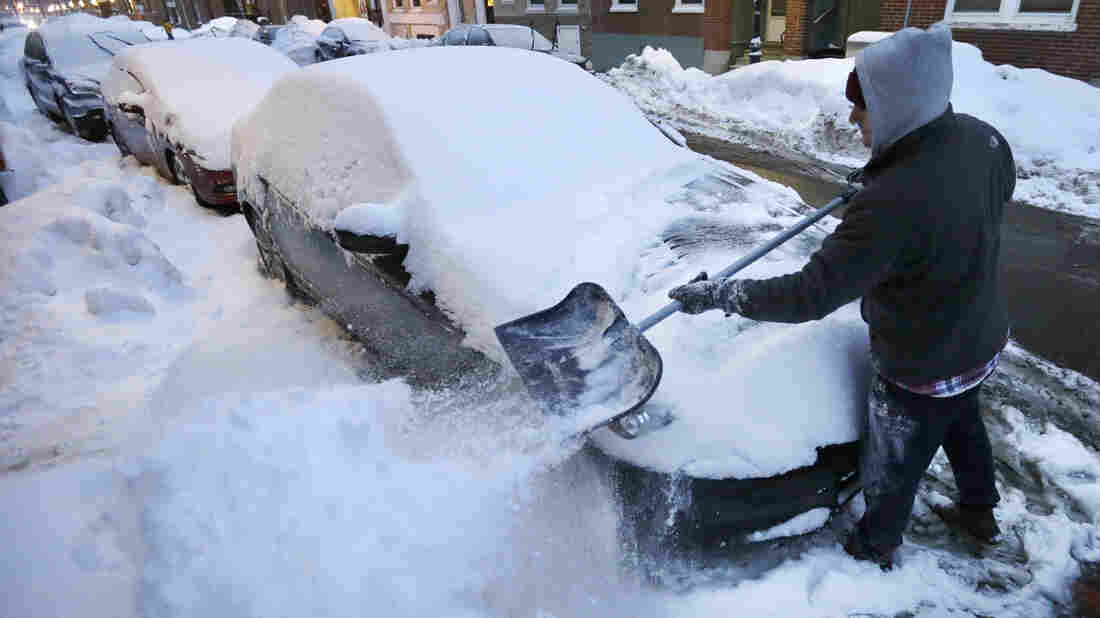 A man shovels snow from his car in Boston on Sunday, when a snowstorm began that isn't expected to finish until early Tuesday. Steven Senne/AP hide caption 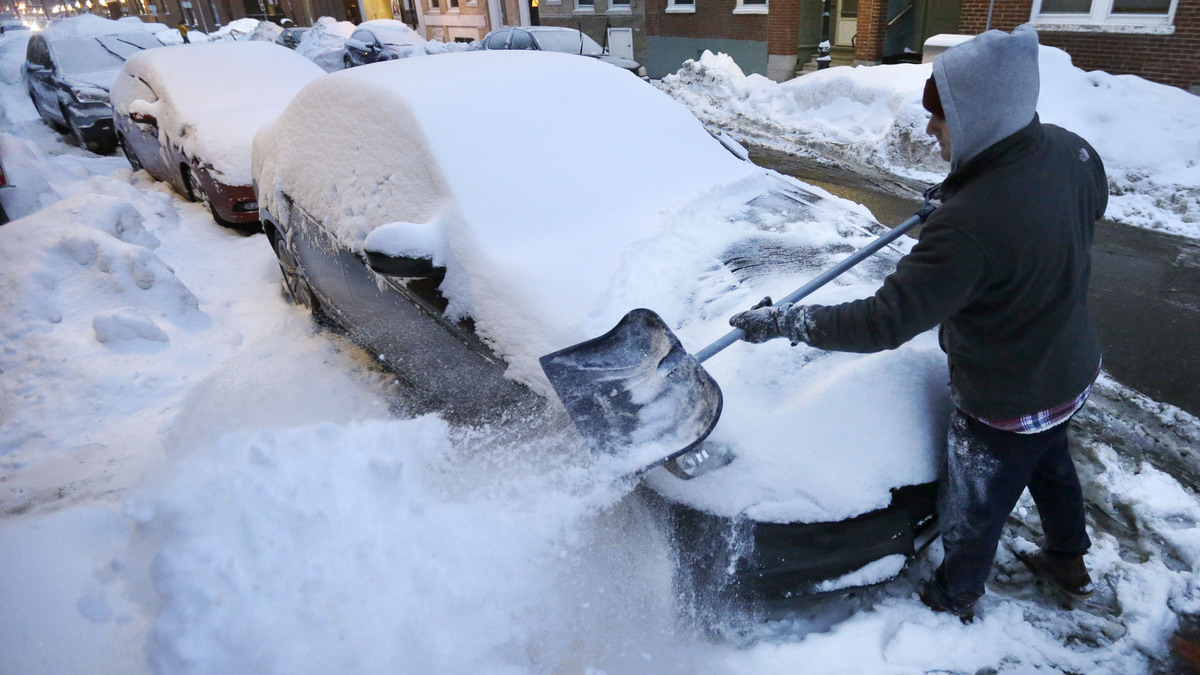 A man shovels snow from his car in Boston on Sunday, when a snowstorm began that isn't expected to finish until early Tuesday.

Two large storms are bracketing the upper corners of the continental U.S., with heavy rains and flooding in the Northwest and a fresh blanket of snow over the Northeast — that area's third bout of heavy snow.

With more than 5 feet of snow in the past 30 days, Boston set a new record Monday morning, the AP reports, citing the National Weather Service. In the city, the snow isn't expected to stop falling (this time) until late tonight.

Groundhog Day was last week, but New England residents could be forgiven for thinking their weather is stuck in a loop. One week after heavy snow forced Boston to postpone the New England Patriots' Super Bowl parade, the area could see an additional 1 to 2 feet of snow.

"Heavy snow will impact portions of New York State and New England as the new week begins," the National Weather Service says. "Freezing rain will spread from western Pennsylvania to Long Island, with rain for the mid-Atlantic states."

Flights have already been canceled in New York City as well as Boston, where schools are closed Monday and Tuesday. Forecasters say that when the slow-moving storm finally leaves, temperatures will drop further.

By the time, the sun set, Massachusetts Gov. Charlie Baker declared a state of emergency because of the amount of snow that had fallen. The Massachusetts Bay Transportation Authority announced that mass transit systems would be shut down on Tuesday, to allow crews to "clear snow and ice from tracks, the third rail and switches."

"A state of emergency was declared tonight only to allow emergency officials to begin enacting the mutual aid process with our neighboring states and the private sector to secure much needed heavy equipment for snow removal," the governor said.

At least 8 inches of rain has fallen on more than a dozen cities along the northern West Coast and inland areas since Wednesday, the National Weather Service says. The agency has announced high wind warnings or advisories for much of southern Oregon, southwestern Idaho and Northern California today, as the storm moves inland.

Warning of potential mudslides, the National Weather Service set flood watches and warnings for several areas, from northeastern Washington eastward and northern Idaho to the southern portion of the Sierra Nevada.

"When all is said and done, some locations in Northern California may end up with over a foot of rain from Friday through Monday," reports AccuWeather.

The storm is part of the Pineapple Express system that brought floods and power outages to the West Coast in December.