Accessibility links
Upcycling, Underground: Huge Bike Park Opens In Former Limestone Mine : The Two-Way The owners of a Kentucky cavern say they've made the world's largest indoor bike park, with 320,000 square feet of riding. It just happens to be 100 feet below the surface. 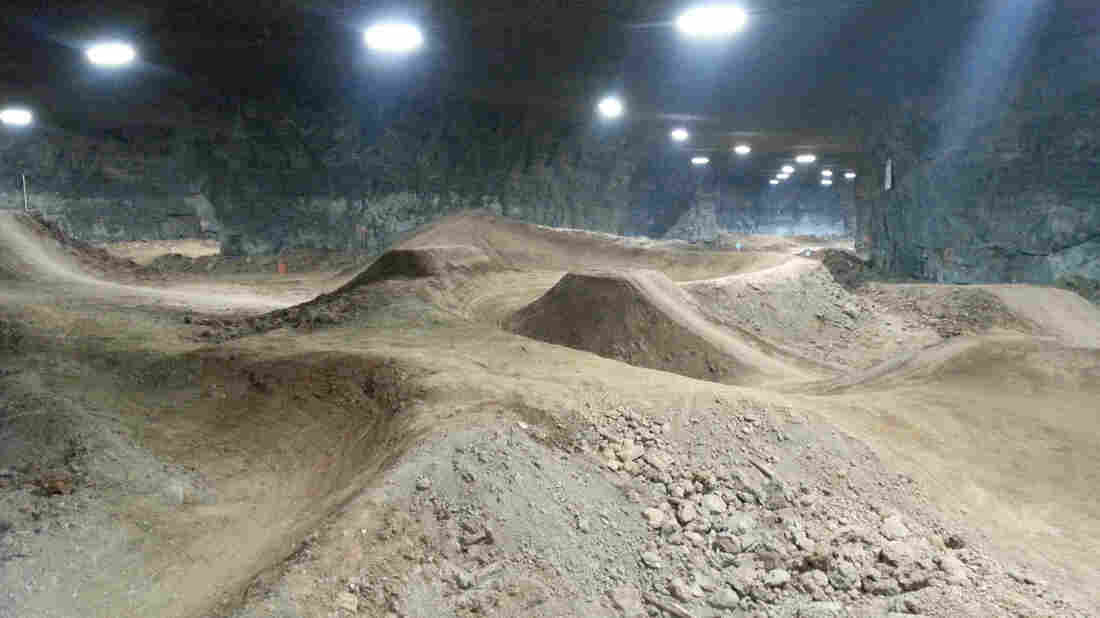 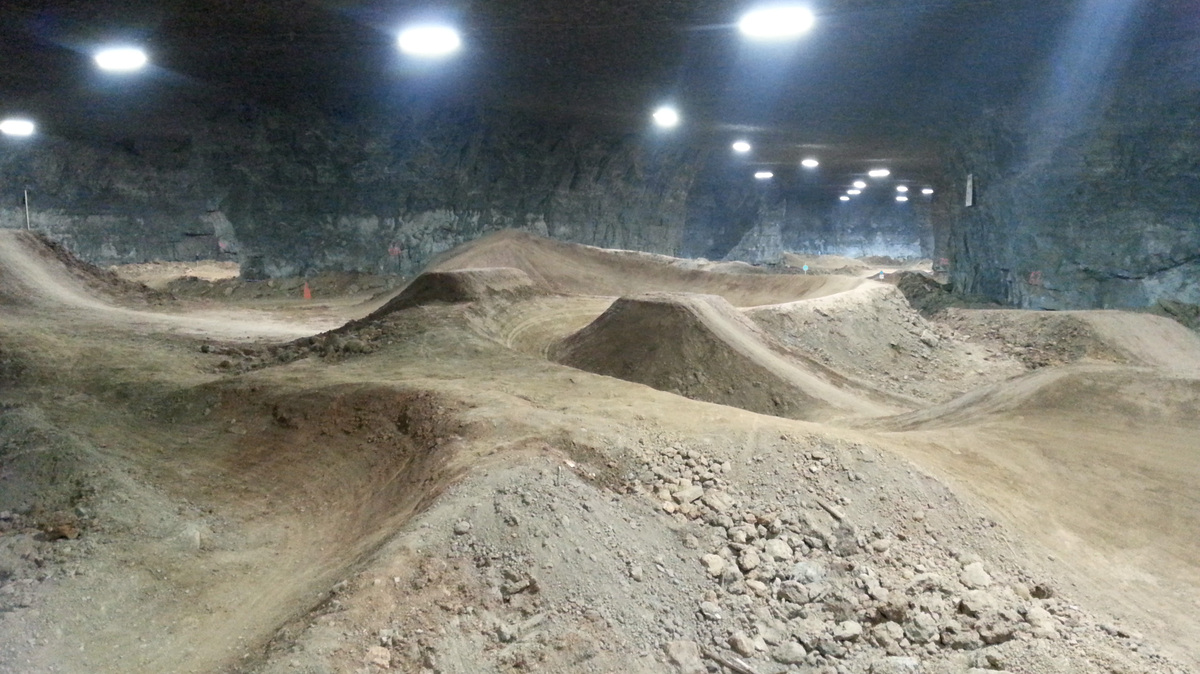 Some 100 feet below the Earth's surface, BMX and mountain bikers are ripping up trails and soaring through the air in the cozy confines of a huge limestone cavern in Louisville, Ky. The cavern's owners say they've created the largest indoor bike park in the world, with 320,000 square feet of riding.

The Mega Underground Bike Park opened Monday as nearly 100 riders tried out the subterranean park, where the owners say the temperature is always around 60 degrees.

WFPL's Ryan shared some photos with us; back in December, a drone camera filmed a trial session.

The complex includes more than 45 trails marked by different technical skills and riding styles — and by features such as jumps and a cargo container that been integrated into a bike overpass.

According to Louisville's Courier-Journal, the course was designed and built by Joe Prisel of Burlington, Wash., who has worked on more than 20 indoor and outdoor courses.

The cavern was bought from a limestone mining company back in 1989, co-owner Jim Lowry tells WFPL, with the idea of opening a "high-security business park."

Around a dozen businesses are still using space in part of the cavern's 700,000 square feet, Lowry says. But in recent years, the owners have been trying to draw tourism to what they call the Mega Cavern. Lowry says they're hoping cyclists will be drawn to the new bike park.

When rider Alex Workman, who spent part of Monday soaring 20 feet in the air on the park's jumps, was asked by WFPL to describe the scene, his answer was short: "A playground."

It seems we should expect to see more large caverns being made into playgrounds: In Wales, a disused slate mine was converted into a huge bounce park last summer, complete with chutes, ramps and giant trampolines. Some free-runners got in there last year and went berserk.