Accessibility links
NBC Suspends Brian Williams For 6 Months Without Pay : The Two-Way The evening news anchor had stepped down voluntarily after he said on air that a helicopter he was on had been hit by fire over Iraq. He later admitted he had "misremembered" the episode. 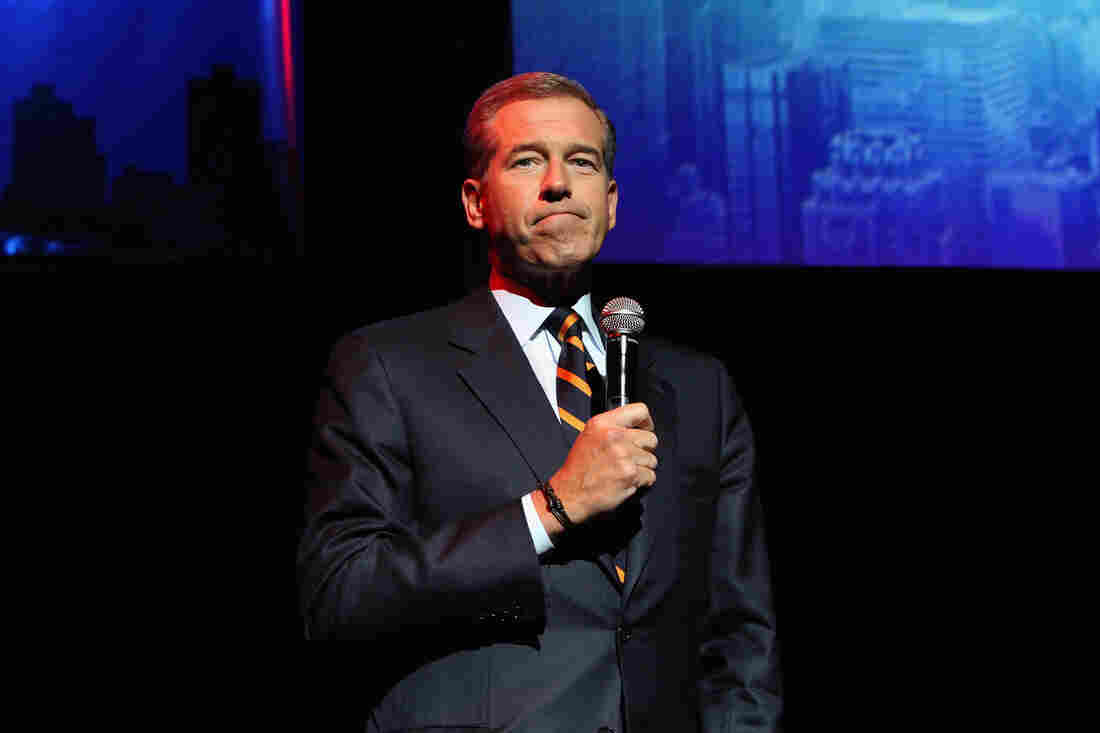 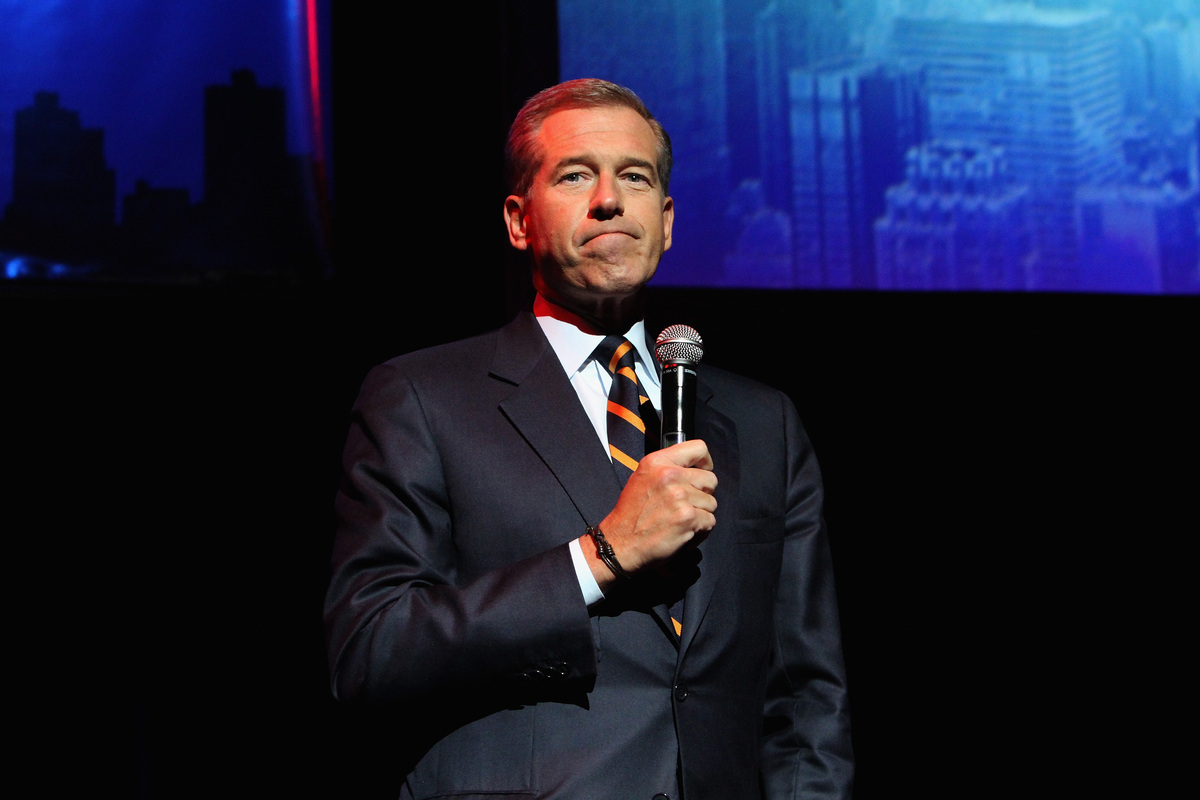 Brian Williams speaks onstage at the New York Comedy Festival in November of 2014.

NBC News has suspended Brian Williams, the anchor and managing editor for the network's nightly newscast, for six months without pay.

Williams had stepped down voluntarily, after Stars and Stripes questioned an incident he described on air.

While in the anchor chair, Williams said a helicopter he was on had been hit by a rocket-propelled grenade while it flew over Iraq in 2003. Members of the military, who were on the helicopter with him, questioned that version of events, and Williams later admitted he had "misremembered" the episode.

According to Politico, which got its hands on the note, Turness said Williams had misrepresented the event on his newscast last month as well as on other occasions. Turness said this was "wrong and completely inappropriate for someone in Brian's position."

"As I'm sure you understand, this was a very hard decision," Turness said. "Certainly there will be those who disagree. But we believe this suspension is the appropriate and proportionate action."

Lester Holt, who has been replacing Williams, will continue to host the top-rated nightly television newscast.

In the same memo, Steve Burke, the CEO of NBC Universal, said Williams had "jeopardized the trust millions of Americans place in NBC News," but "he deserves a second chance."

"Brian has shared his deep remorse with me and he is committed to winning back everyone's trust," Burke said.

David adds that today's action is the "first time in 10 days since Williams' offending Jan 30 newscast that network's leadership registered [a] presence publicly in any meaningful way."