Accessibility links
Couples Who Choose Not To Have Children Are 'Selfish,' Pope Says : The Two-Way Francis spoke of a "greedy generation" that is opting not to procreate. His remarks come less than two weeks after he said Catholics do not need to breed "like rabbits."

Couples Who Choose Not To Have Children Are 'Selfish,' Pope Says

Couples Who Choose Not To Have Children Are 'Selfish,' Pope Says 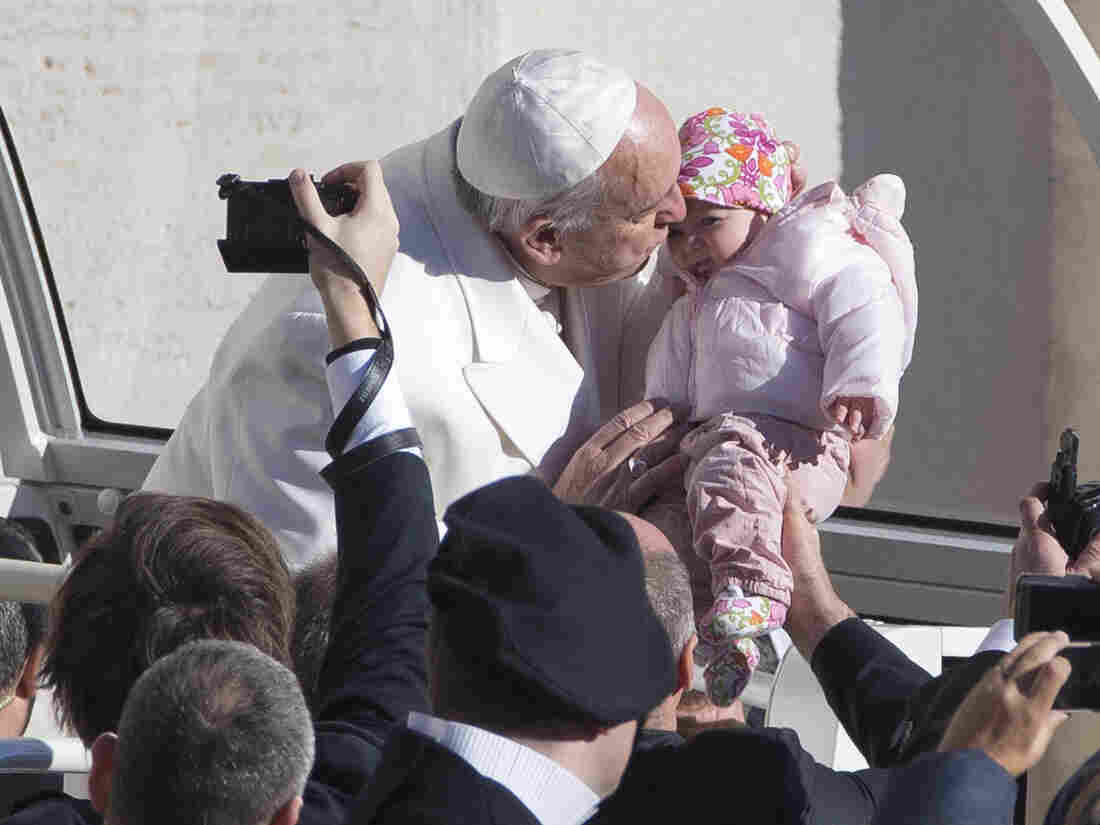 Pope Francis kisses a baby as he arrives for his weekly general audience in St. Peter's Square, at the Vatican, on Wednesday. Andrew Medichini/AP hide caption 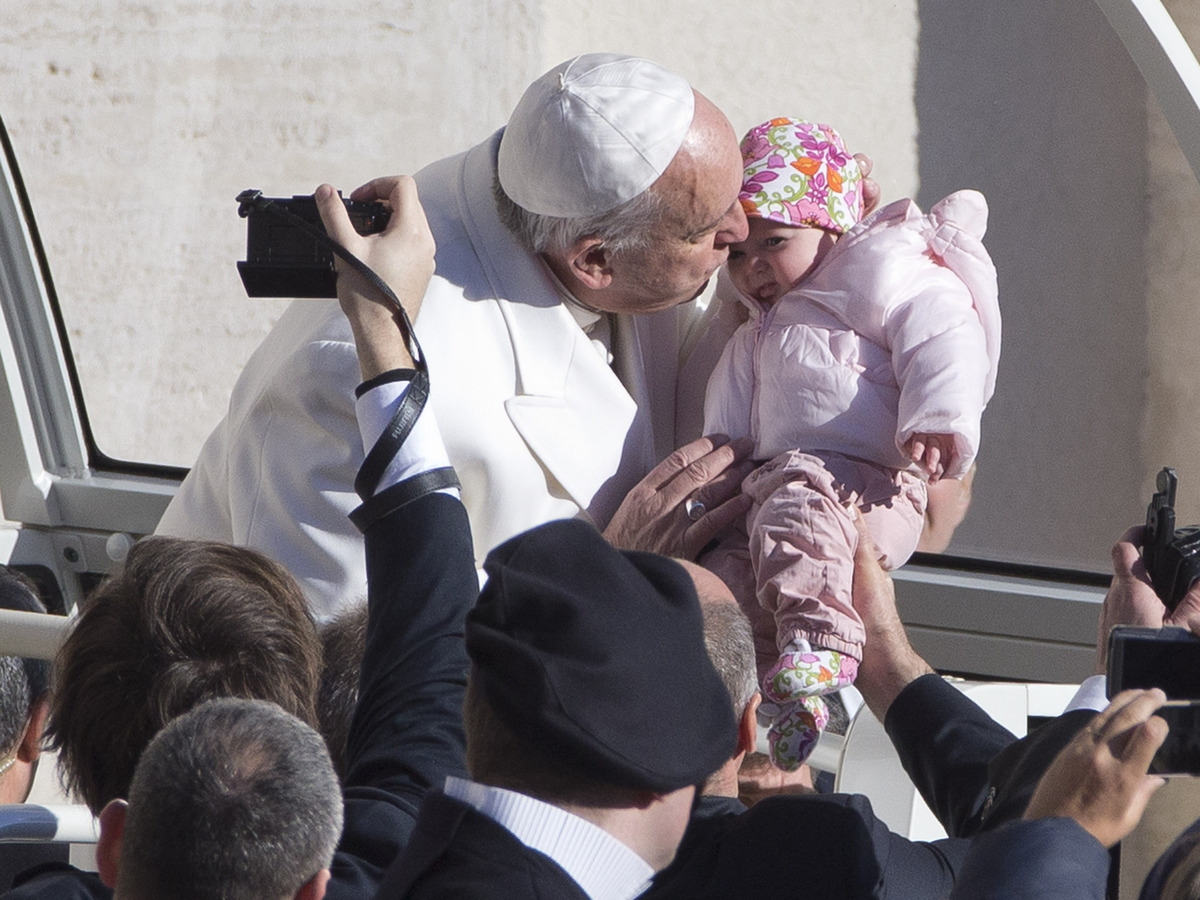 Pope Francis kisses a baby as he arrives for his weekly general audience in St. Peter's Square, at the Vatican, on Wednesday.

Pope Francis said that couples who opt not to have children are being "selfish" as he spoke of a "greedy generation" that's choosing not to procreate. The pontiff's remarks come just weeks after he seemed to send a contradictory message, telling Catholics that they don't need to breed "like rabbits."

Speaking at his general audience in St. Peter's Square on Wednesday, Francis talked on the joy of children and their importance in society, at one point reminiscing about his own mother.

"A society with a greedy generation, that doesn't want to surround itself with children, that considers them above all worrisome, a weight, a risk, is a depressed society," the pope said. "The choice to not have children is selfish. Life rejuvenates and acquires energy when it multiplies: It is enriched, not impoverished."

On a visit last month to the Philippines, one of Asia's fastest-growing and most impoverished nations, Francis defended the church's ban on artificial contraception.

And Religion News Service says that Francis on Wednesday:

"[Once] again praised the 1968 encyclical of Pope Paul VI, Humanae Vitae, that reiterated the ban against artificial contraception while enjoining Catholics to practice 'responsible parenthood' by spacing out births as necessary.

"Francis added, however, that having more children 'cannot automatically become an irresponsible choice.' "

"It is not the first time the Pope has come out with contradictory statements; two years ago when making reference to LGBT worshippers, he told journalists: "If a person seeks God and has goodwill, then who am I to judge?"

"During last year's Vatican synod on the family, the Pope believed he was on track to getting many Church leaders to admit that homosexuals had 'gifts and qualities to offer' to the Christian community.

"But the Vatican backtracked on the Pope's suggestion, calling it an 'unacceptable' deviation from church teachings.' "