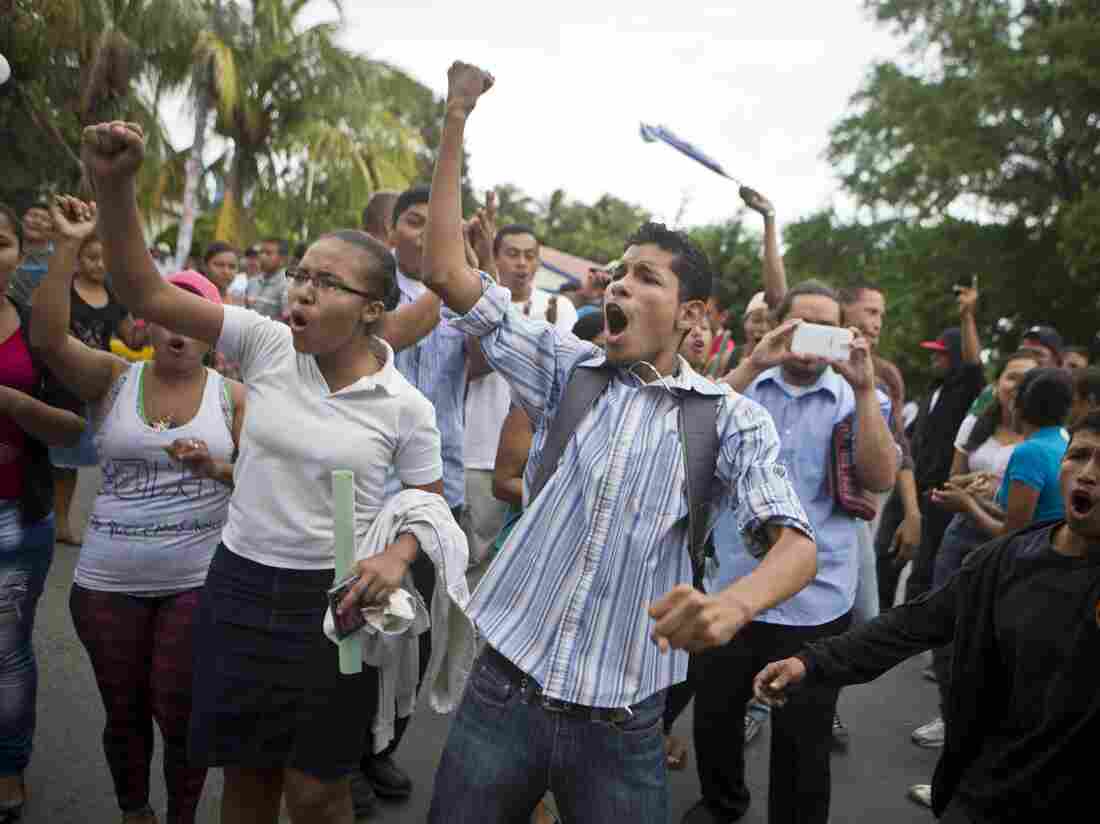 Residents shout slogans during a protest march against the construction of the planned interoceanic canal, in San Jorge, Nicaragua, in October. Esteban Felix/AP hide caption 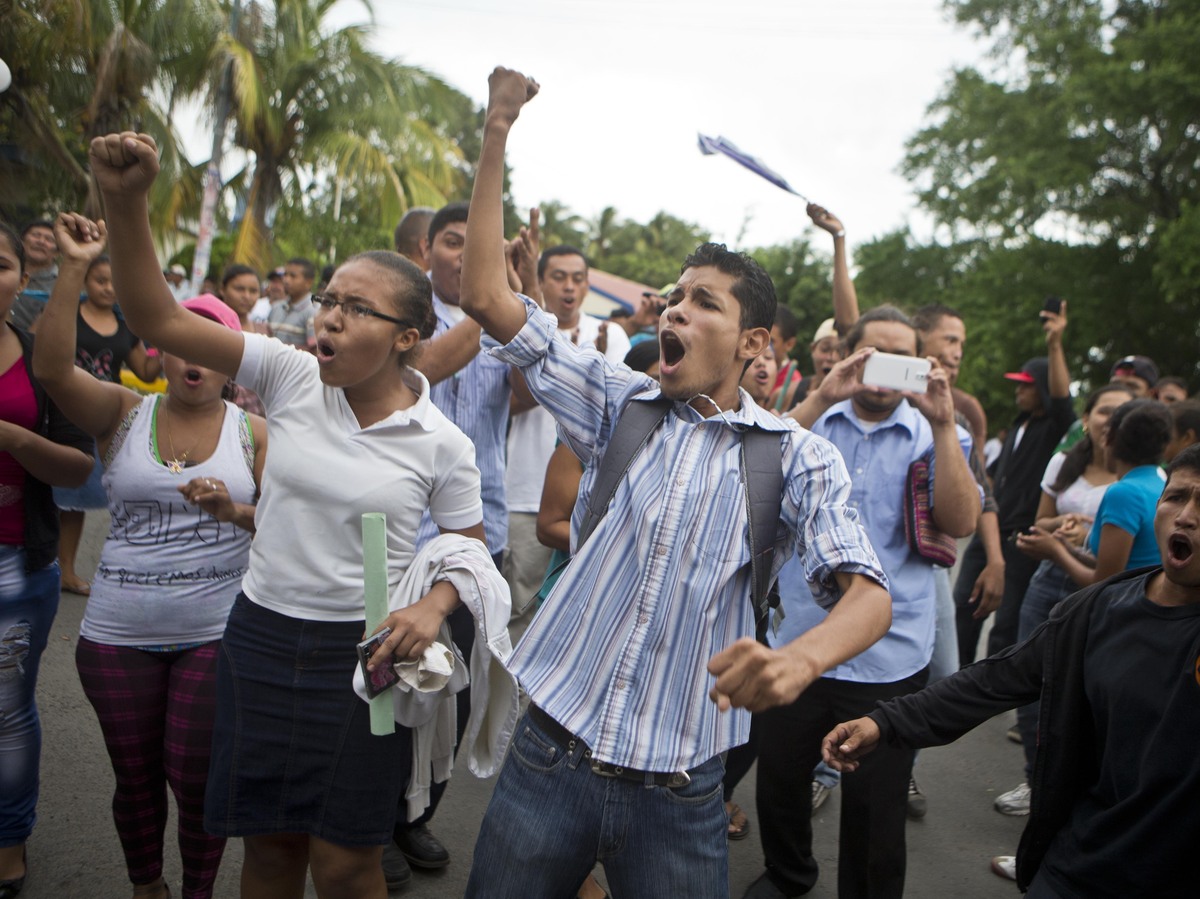 Residents shout slogans during a protest march against the construction of the planned interoceanic canal, in San Jorge, Nicaragua, in October.

An article published in the latest issue of Scientific American reports that the Hong Kong-backed Nicaragua Grand Canal and Development Project, which would be deeper and wider than the existing shipping canals through Panama, could destroy millions of acres of rainforest and contaminate Lake Nicaragua. The project has already raised concern over the displacement of communities in its path and, as NPR's Jasmine Garsd reported last week, the company building it has also unearthed tens of thousands of pre-Columbian relics.

Even before the project's official start, protests broke out from those who would be displaced by it. Managua insists that the canal could help lift the country out of poverty.

In December, President Daniel Ortega announced that construction on the project had already begun, although a consultancy hired by HKND Group — the project's backers — has denied that.

Scientific American reports that consultants doing the environmental impact assessment, British-based ERM, noted "the potential for fuel spills to affect freshwater fish in the area, interrupt agricultural activity and impact cultural heritage on native reserves as a result of work that disturbs the soil." The report also stated "the acquisition and compensation for the land deal...do not meet international standards."

The magazine also notes that scientists around the world, including those belonging to the Humboldt Center of Nicaragua, have warned that the habitat for 22 species would be placed in jeopardy and that by 2039, climate change will result in a 3 to 4 percent deficit in the water needed to run the canal.

Many have also questioned the economic viability of the project.

In 2013, The Economist wrote: "The economic case is not easy to make. And if the engineering challenges are too severe, even some supporters of the project say it may be impossible to raise the billions of dollars necessary to go any further. HKND argues that large volumes of globally traded goods are being carried on ships already too big for the Panama Canal, even after its current expansion. Nicaragua's canal, with twice the draught of Panama's, would aim to accommodate such giants. But world trade is sluggish; and meanwhile, new routes may develop through the Arctic."

"[Many] economists, scientists, and sociologists say that the time for a Nicaraguan canal has long since lapsed, that the waterway—if it's ever completed—will end up being the world's costliest boondoggle.

"The Panama Canal, they say, which has gigantic new locks scheduled to be operational next year, is more than capable of meeting future demand. They also cite projections for global warming that suggest ships could traverse an ice-free Arctic by the middle of the century, further reducing demand for passage through Central America."

And, there are also doubts about the financing of the project. As The Washington Post wrote last month:

"Ground was broken only after a deal hatched last year between Nicaragua's Sandinista government and a consortium led by Chinese telecoms billionaire Wang Jing. Critics wonder how the little-known Wang came to win the bid, which gives his Hong Kong-listed company, HKND, a 100-year-long concession over the canal's operation. There was next to no transparency in the process. Wang is exempt from local taxes and commercial regulations, and has been granted hiring and land-expropriating powers, according to The Guardian.

"There are already doubts about Wang's ability to finance the project, and some speculate that it will never actually be completed, leaving perhaps at best some ports and container facilities but no canal in between."