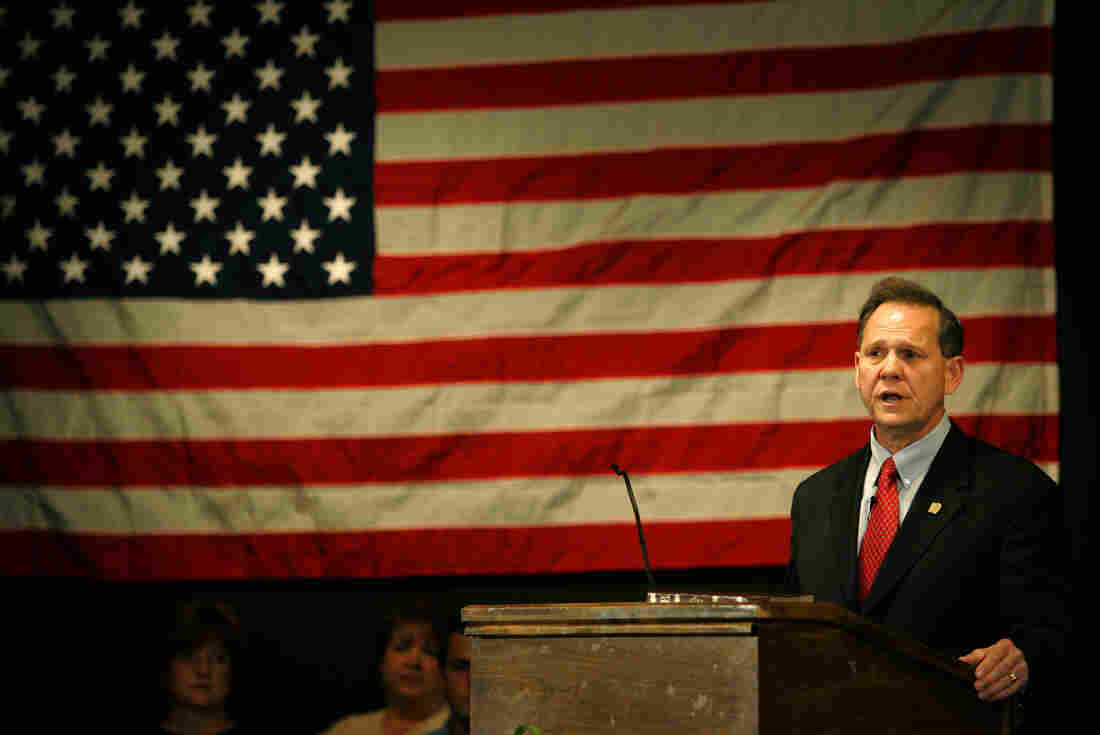 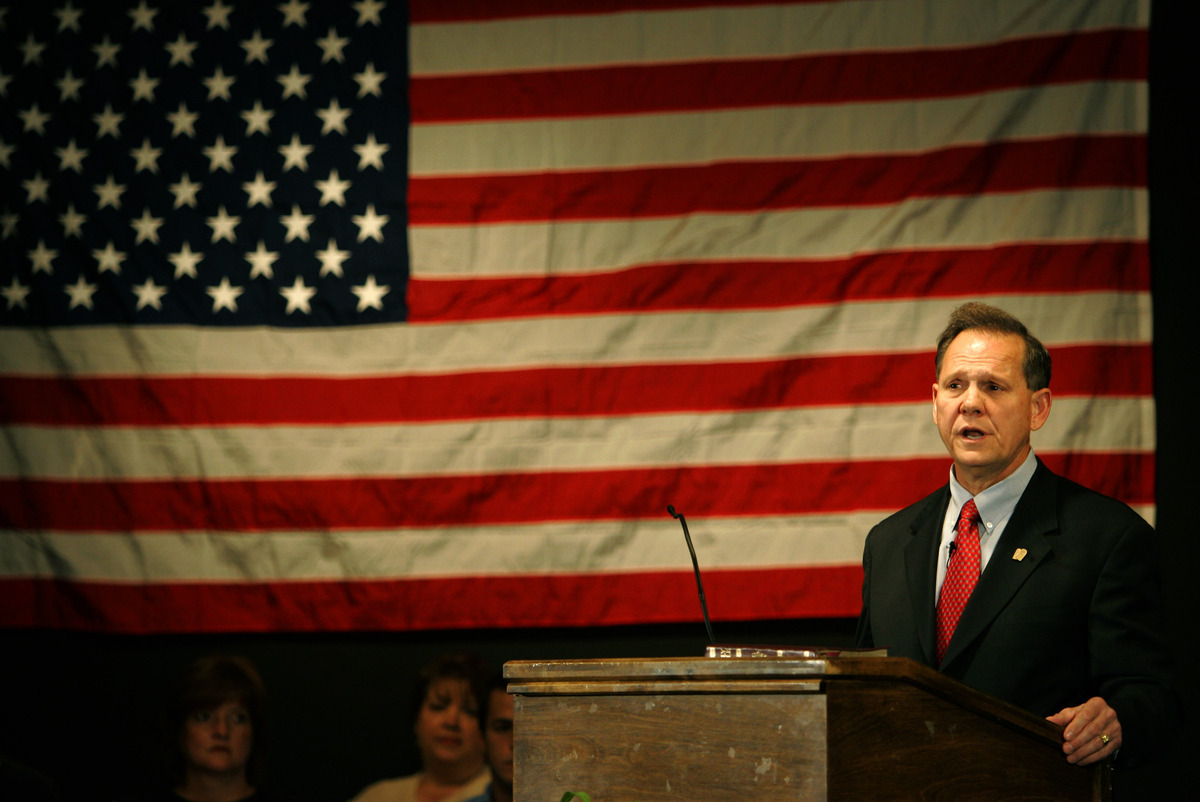 A battle between Alabama and the federal judiciary just turned another page, when a federal judge on Thursday ordered a state official to issue marriage licenses to same-sex couples.

As NPR's Debbie Elliott reported this morning, Moore's order threw Alabama into a state of confusion. Some counties heeded a federal court decision that found the state's ban on gay marriage unconstitutional, while others have listened to Moore's order, which told them they didn't have to abide by the federal court's decision.

"This power to define marriage is not given to the federal government," Moore explained in an interview with NPR. "It is reserved to the states and to the people, and it is simply an abuse of power to go into the Constitution and redefine a word which is not even in there."

In an eight-page order, Granade, the federal judge, states that a federal court has found that Alabama's ban on gay marriage violates the Due Process and the Equal Protection Clause of the 14th Amendment and state officials — in this specific case, Probate Judge Don Davis — are tied to that decision and have to issue marriage licenses.

Ultimately, all of this will be decided by the Supreme Court, which has decided to weigh in on the constitutionality of gay marriage bans this term.

In his interview with NPR, Moore possibly conceded that point.

"[The Supreme Court] can mandate same-sex marriage, but they can't force a constitutional officer to disobey his oath by performing one," Moore said.

It's worth noting that in Alabama, the state's chief justice — and eight associate justices — are elected by the people to serve six-year terms.

Moore has a storied political history in Alabama. He is remembered, for example, for praying before sessions when he was a circuit judge in Gadsden, Ala. A higher court ruled that his behavior was unconstitutional, but he managed to successfully defy that order. In 2004, Moore was removed as the state's chief justice because he refused to remove a 5,300-pound granite monument to the Ten Commandments that he had ordered to be placed in the rotunda of the judicial building.