Accessibility links
Ukraine Truce Now In Effect. But Will It Hold? : The Two-Way A cease-fire deal forged earlier this week in Minsk has gone into effect with fighting right up to the midnight deadline. But skepticism abounds over the second truce in six months.

Ukraine Truce Now In Effect. But Will It Hold?

Ukraine Truce Now In Effect. But Will It Hold? 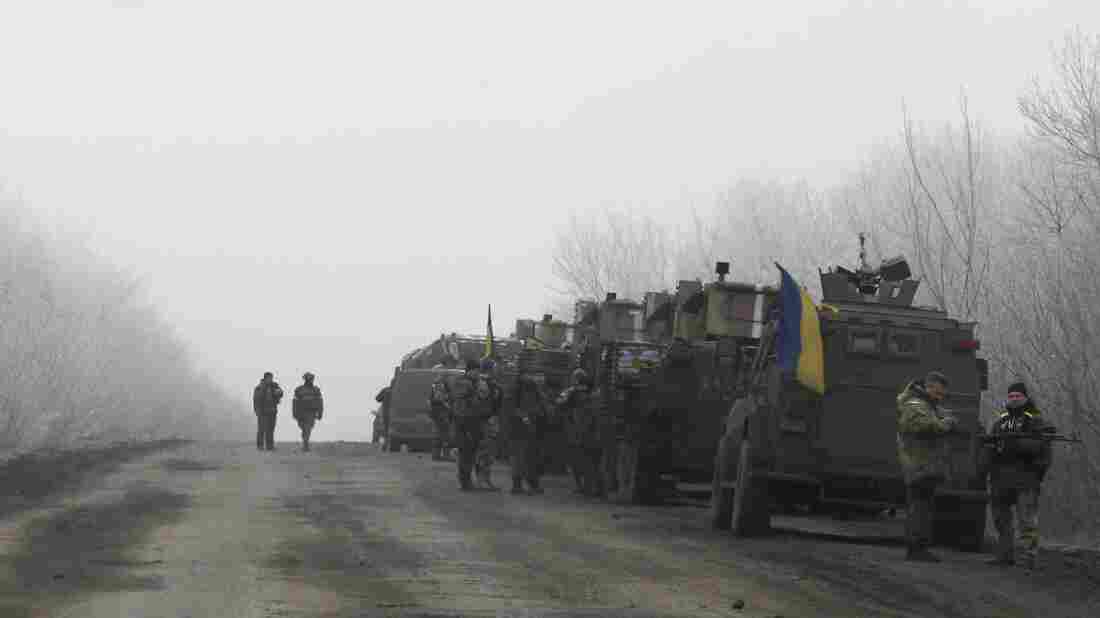 A Ukrainian military convoy stops on the road between the towns of Debaltseve and Artemivsk, Ukraine, on Saturday, hours before a cease-fire agreement is set to go into effect. Petr David Josek/AP hide caption 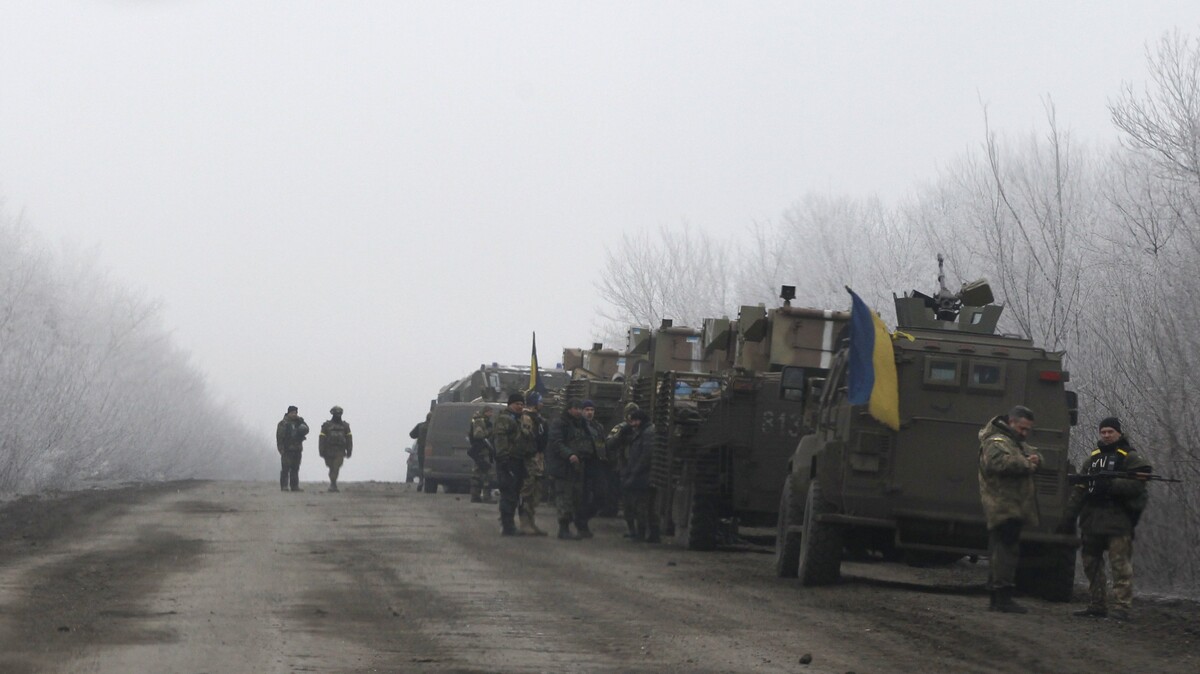 A Ukrainian military convoy stops on the road between the towns of Debaltseve and Artemivsk, Ukraine, on Saturday, hours before a cease-fire agreement is set to go into effect.

Ukrainian forces and Russian-backed separatists traded artillery fire today in the hours leading up to a cease-fire deal that went into effect at midnight (5 p.m. ET). A few seconds after the cease-fire officially began, Reuters reported, shelling abruptly stopped in the eastern city of Donetsk. A Russia Today correspondent in Donetsk called the region "eerily calm" after midnight.

As we reported earlier this week, the truce was forged during a meeting in Minsk, Belarus, the second such deal in six months. The previous cease-fire agreed in September quickly unraveled as fighting resumed around the Donetsk region of eastern Ukraine.

Ahead of midnight, Russia Today reported "warm, spring weather [in] Donetsk – as well as the sounds of mortar firings and explosions."

Associated Press reporters saw the artillery barrage near the town of Svitlodarsk as well as considerable movement of Ukrainian forces' armored vehicles and rocket launchers along the road. Shelling was also reportedly taking place in the coastal city of Mariupol.

The Guardian says the peace deal, which is meant to facilitate the withdrawal of heavy weapons from the battle zone and an exchange of prisoners, is being viewed with skepticism: "The agreement is clearly fragile, previous attempts at a truce have utterly failed, and expectations are high of an upsurge in fighting ahead of the Saturday deadline."

NPR's Eleanor Beardsley, reporting from Brussels, tells our Newscast unit that some feel the deal, reached after 16 hours of negotiations among the leaders of France, Germany, Russia and Ukraine, gives too much to Russia and the pro-Russian rebels.

Ukrainian President Petro Poroshenko has said it had to be done to stop the fighting.

"We managed to get the sides to commit to the cease-fire and this wasn't an easy task," he said.

Eleanor says European leaders, who have already joined the U.S. in punishing economic sanctions against Russia over the Ukraine situation, are prepared to impose further sanctions on the Kremlin if the deal fails.

"Words put down on paper must translate into real deeds," Tusk said.

The U.S. ambassador to Ukraine, Geoffrey Pyatt, tweeted satellite photos of what he said was Russian artillery near the town of Lomuvatka, about 12 miles northeast of Debaltseve. Despite considerable evidence to the contrary, Russia has repeatedly denied charges that it is arming the rebels.

Ukraine: "We are confident these are Russian military, not separatist systems" http://t.co/NfPuVPuop4 pic.twitter.com/WAsTLDl9M4

The Wall Street Journal quotes Gennady Korban, a deputy governor of Ukraine's Dnipropetrovsk province who has managed defenses in the area, as saying a lasting peace is not in Moscow's interest:

"The Kremlin's long-run plan, he said, hasn't changed since last year: to destabilize Ukraine so that it can't pursue closer relations with the West.

"'So there will be some cease-fires and resumptions of fighting and so on,' he said. 'The most important thing is for us to prepare our defenses during the cease-fire.' "