Accessibility links
Attack On Copenhagen Cafe Apparently Aimed At Cartoonist : The Two-Way An attack on a free-speech seminar attended by artist Lars Vilks left one dead and three injured. Later, a shooting near a Copenhagen synagogue injured three; it's unclear if the events are related. 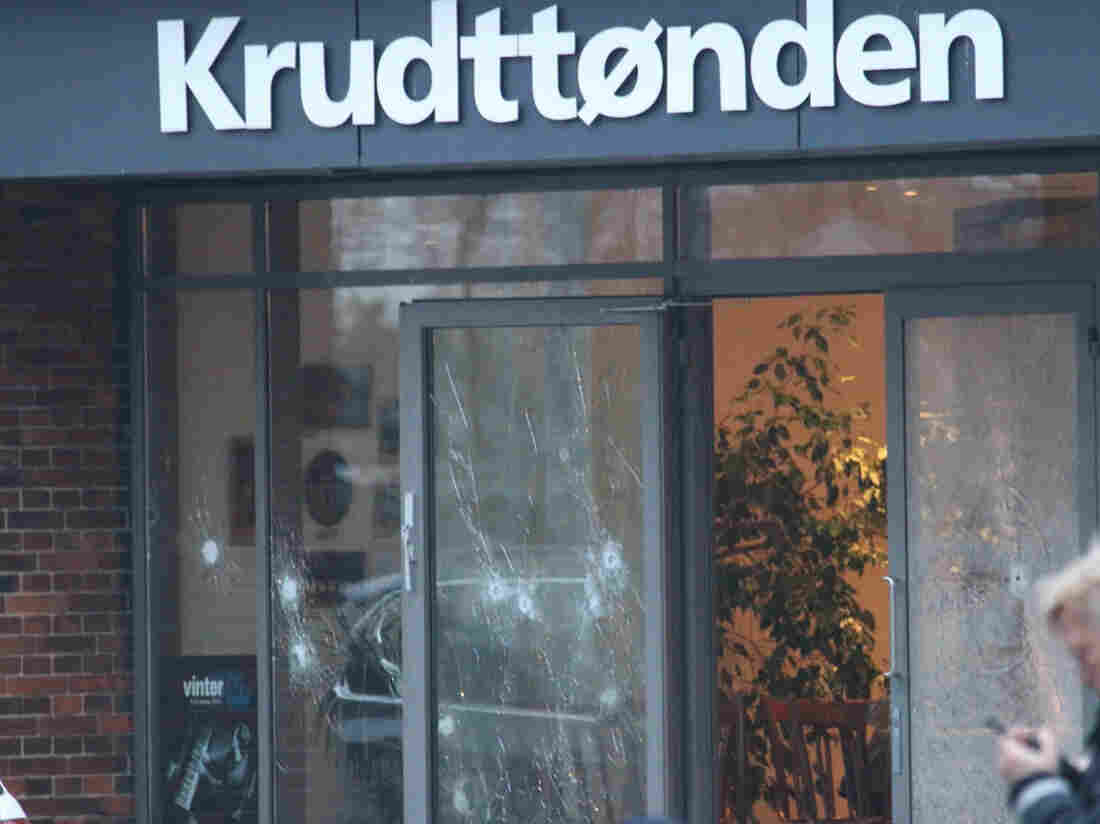 Damaged glass is seen at the site of a shooting in Copenhagen on Saturday. Shots were fired near a meeting in the Danish capital that was attended by controversial Swedish artist Lars Vilks. Scanpix Denmark/Reuters/Landov hide caption 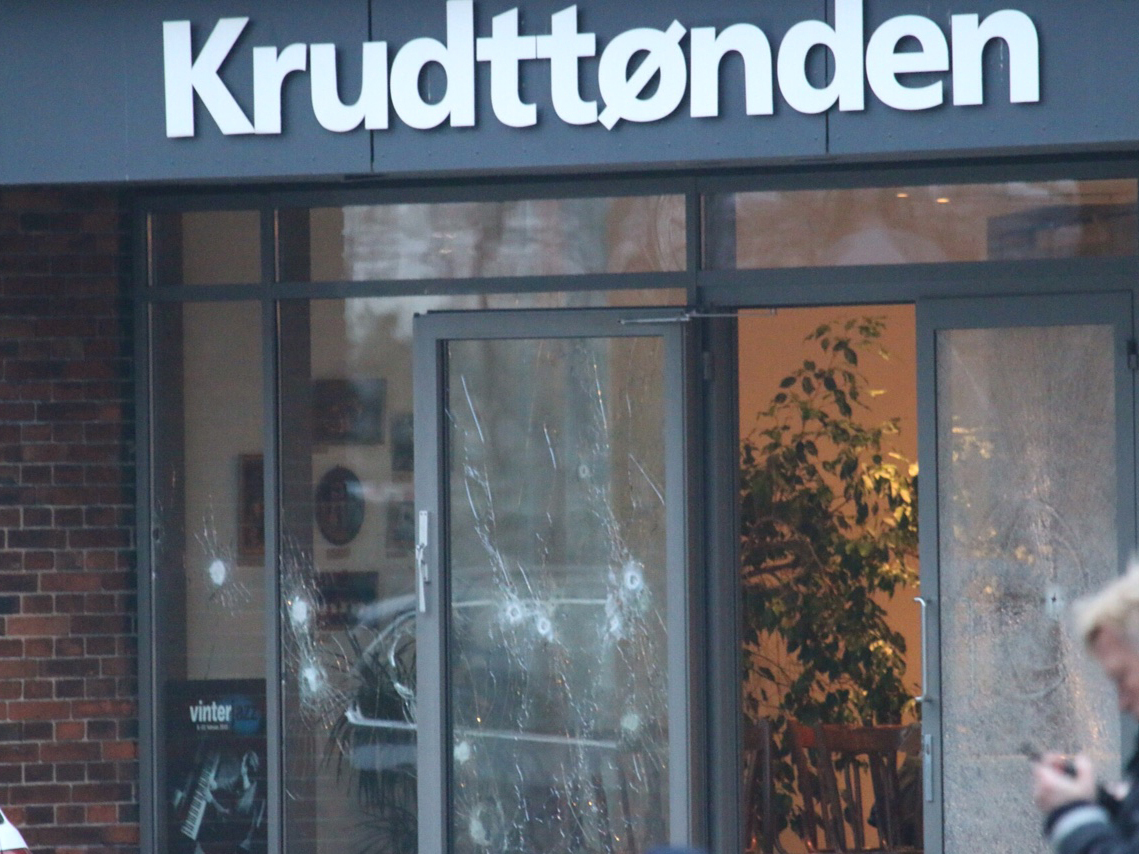 Damaged glass is seen at the site of a shooting in Copenhagen on Saturday. Shots were fired near a meeting in the Danish capital that was attended by controversial Swedish artist Lars Vilks.

The Associated Press is reporting that one of the three shooting victims outside of the Copenhagen synagogue has died.

Updated at 7:30 p.m. ET: A second shooting in Copenhagen

The shooting comes hours after shots were fired at a cafe in the same city, leaving one dead and three police officers injured; that incident is being investigated as a terrorist event, authorities say.

LISTEN: An Interview With Lars Vilks

It is unclear whether the two incidents are connected, Danish police say.

Still alive in the room

As many as 40 shots were fired at the window of a cafe in Copenhagen where Swedish artist Lars Vilks, who has been threatened over his 2007 caricatures of the Prophet Muhammad, was attending a free-speech meeting.

TV2 and the Danish Ritzau news agency say Copenhagen Police have confirmed that one person, described as a 40-year-old "civilian," was killed and three officers were wounded in the gunfire. There were reports that the French ambassador, Francois Zimeray, was also present and may have been slated as a speaker. He is reportedly unharmed.

The BBC has obtained audio of the moment the shots were fired. You can hear it here.

Voice of America reports that witnesses say the Krudttoenden cafe was riddled with bullets.

USA Today says: "Vilks, 68, was hustled into the kitchen of the Krudttoenden cafe by bodyguards."

Danish police said in a statement that two suspects fled in a dark-colored Volkswagen Polo and that they considered the incident an attempted assassination of Vilks. The vehicle was later found empty, VOA says.

Denmark's Prime Minister Helle Thorning-Schmidt called the shooting an "act of terrorism" and said it had all the signs of a political assassination.

The New York Times quotes Denmark's security service, PET, as saying that the circumstances "indicate that we are talking about a terror attack." However, there was no immediate claim of responsibility.

Authorities said they don't know whether the attack was a "terrorism act" but were investigating it as one, according to Reuters.

The shooting comes just over a month after an attack at the Paris-based offices of the satirical magazine Charlie Hebdo left a dozen dead. The magazine was targeted for publishing caricatures of the Prophet Mohammad.

On Saturday, Sweden's security police said "Swedish bodyguards were with Vilks at the time of the shooting ... and that [authorities] in southern Sweden ... were helping Danish police."

"Helle Merete Brix, one of the organizers of the event, told [the AP] that Vilks was present at the event but not injured. When the artist is in Denmark, he receives police protection.

"The cafe in northern Copenhagen, known for its jazz concerts, was hosting an event titled 'Art, blasphemy and the freedom of expression' when the shots were fired.

"Niels Ivar Larsen, one of the speakers at the event, told the TV2 channel that he saw two wounded people."

The shooting took place during a freedom of speech event held by the Lars Vilks Committee, which supports the cartoonist, who has lived under heavy security since the initial threats, according to VOA.

The BBC notes that Vilks "stoked controversy in 2007 by drawing pictures of the Prophet Muhammad dressed as a dog."