Accessibility links
Commercial Drone Rules To Limit Their Weight, Speed And Altitude : The Two-Way The long-awaiting Federal Aviation Administration proposal could be a boon to some companies hoping to use unmanned aircraft, but they might complicate the picture for Amazon. 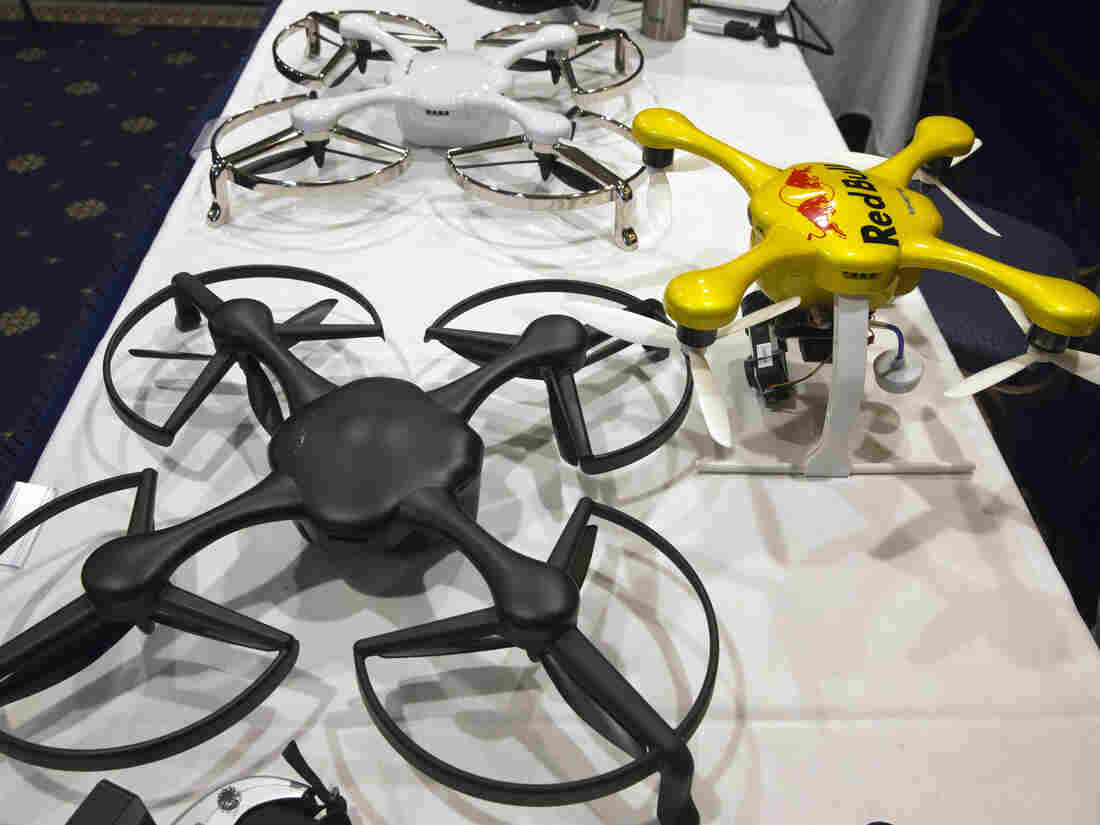 Drones are displayed at an event with the Small Unmanned Aerial Vehicles (UAV) Coalition, last month. The FAA's proposed new rules for their commercial use require certified pilots to fly them and limit their speed, altitude and area of operation. Jacquelyn Martin/AP hide caption 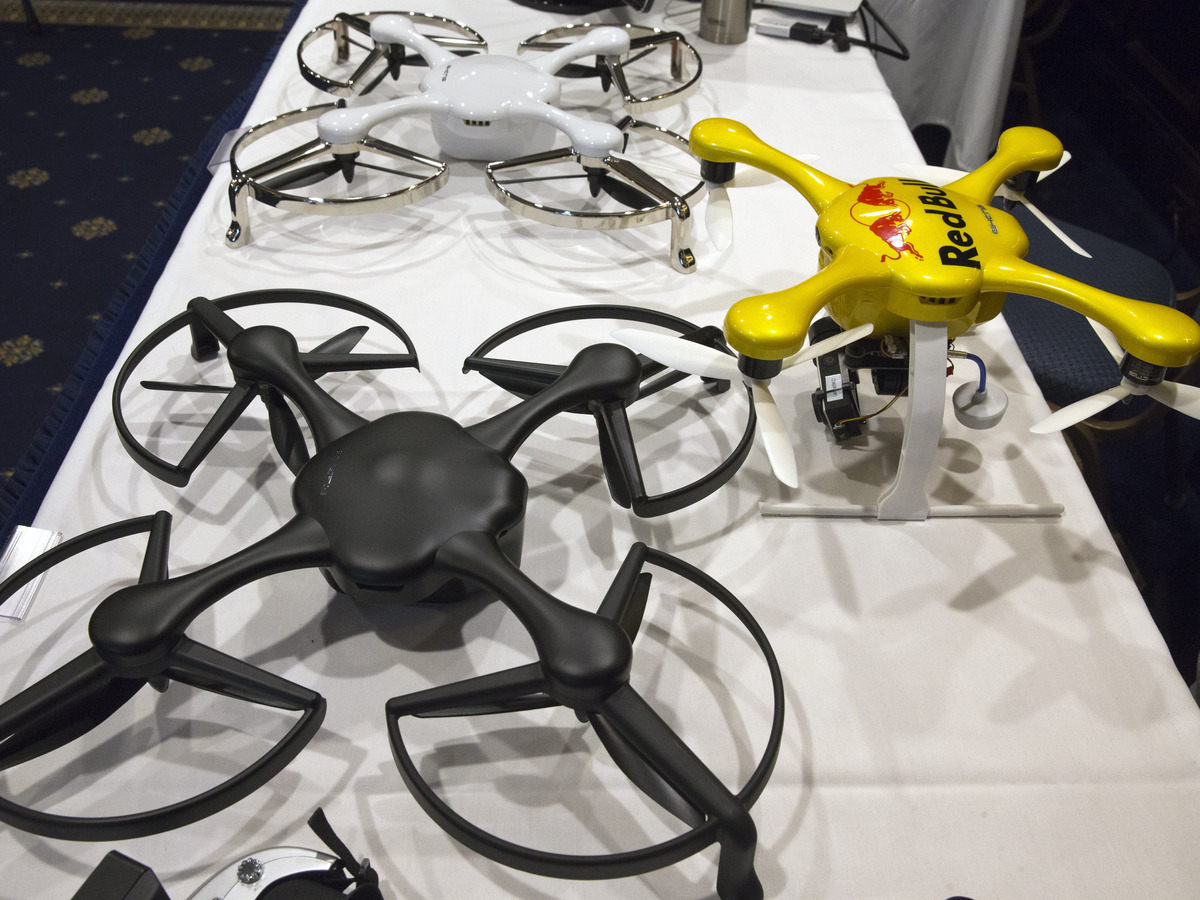 Drones are displayed at an event with the Small Unmanned Aerial Vehicles (UAV) Coalition, last month. The FAA's proposed new rules for their commercial use require certified pilots to fly them and limit their speed, altitude and area of operation.

The Federal Aviation Administration has released long-awaited draft rules on the operation of pilotless drones, opening the nation's airspace to the commercial possibilities of the burgeoning technology, but not without restrictions.

In short, the proposed rules that have been a decade in the making would limit drones weighing no more than 55 lbs to flying no more than 100 mph at an altitude no higher than 500 feet. The FAA would ban their use at night and near airports. And, they could be operated only by someone with a certification who keeps the vehicle "in line of sight" at all times.

The FAA also will require anyone using Unmanned Aircraft Systems (UAS) for commercial purposes to obtain a special pilot certification to operate them.

"We ... want to capture the potential of unmanned aircraft and we have been working to develop the framework for the safe integration of this technology into our airspace," Department of Transportation Secretary Anthony Foxx said during a teleconference with journalists about the new proposed rules.

Under the rules, these aircraft could inspect utility towers, antennas, bridges power lines and pipelines in hilly or mountainous terrain," FAA Administrator Michael Huerta said, adding that wildlife conservation, search and rescue, movie making and aerial photographs for real estate purposes were also among the opportunities that could be opened up by the new regulations.

The statement says that the proposed rules ensure "that the Federal Government's use of UAS takes into account ... important concerns and in service of them, promotes better accountability and transparent use of this technology."

Even so, the news agency says, "the rule was unlikely to help Amazon.com in its quest to deliver packages with unmanned drones, since its approach requires an FAA-certified small drone pilot to fly the aircraft and keep it line of sight at all times — factors not envisioned in the online retailer's plan."

The draft regulations must still undergo public comment and revision before being officially adopted.

Neema Singh Guliani, legislative counsel for the American Civil Liberties Union, says in a statement that the proposal represents "an important step in restricting how the government uses this powerful surveillance technology."

But, Guliani says, it "falls short of fully protecting the privacy of Americans.

"For example, the proposal allows the use of data gathered by domestic drones for any 'authorized purpose,' which is not defined, leaving the door open to inappropriate drone use by federal agencies," she says.