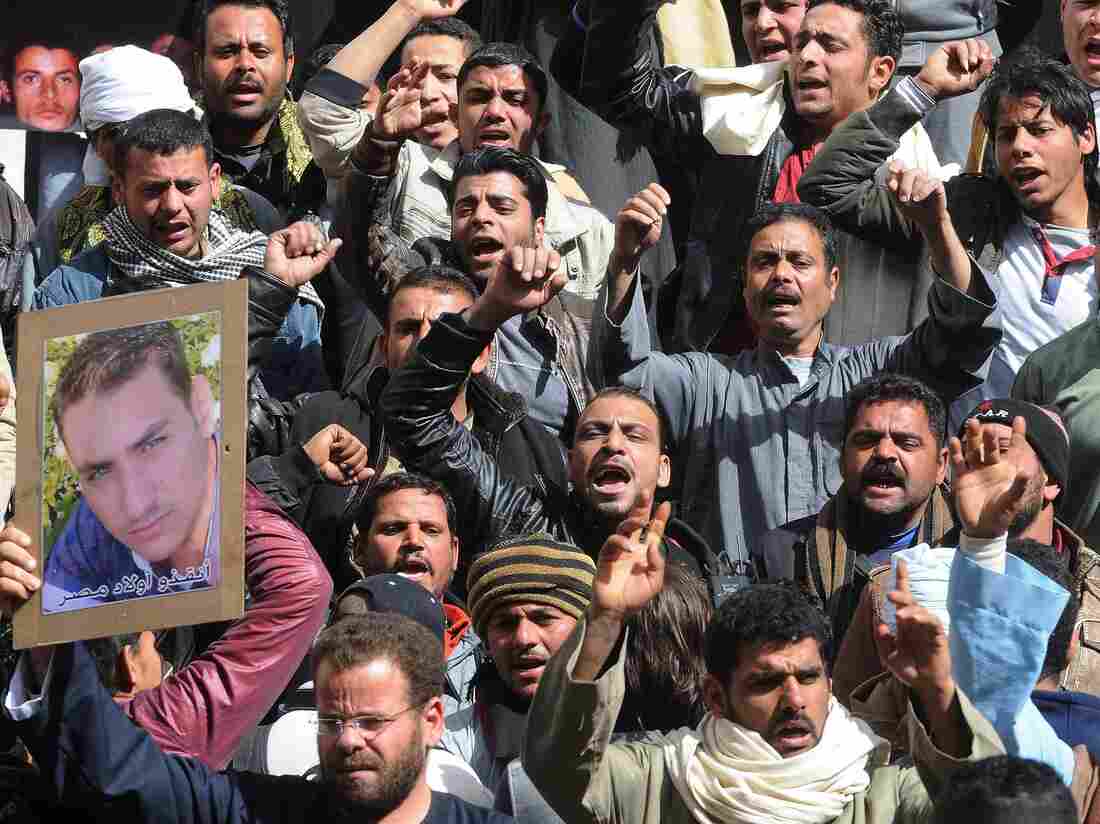 Egyptians protest on Friday what they characterize as Government inaction in reaction to the kidnapping of Copts in Libya, Cairo, on Friday. Ahmed Masri/Almasry Alyou/EPA/Landov hide caption 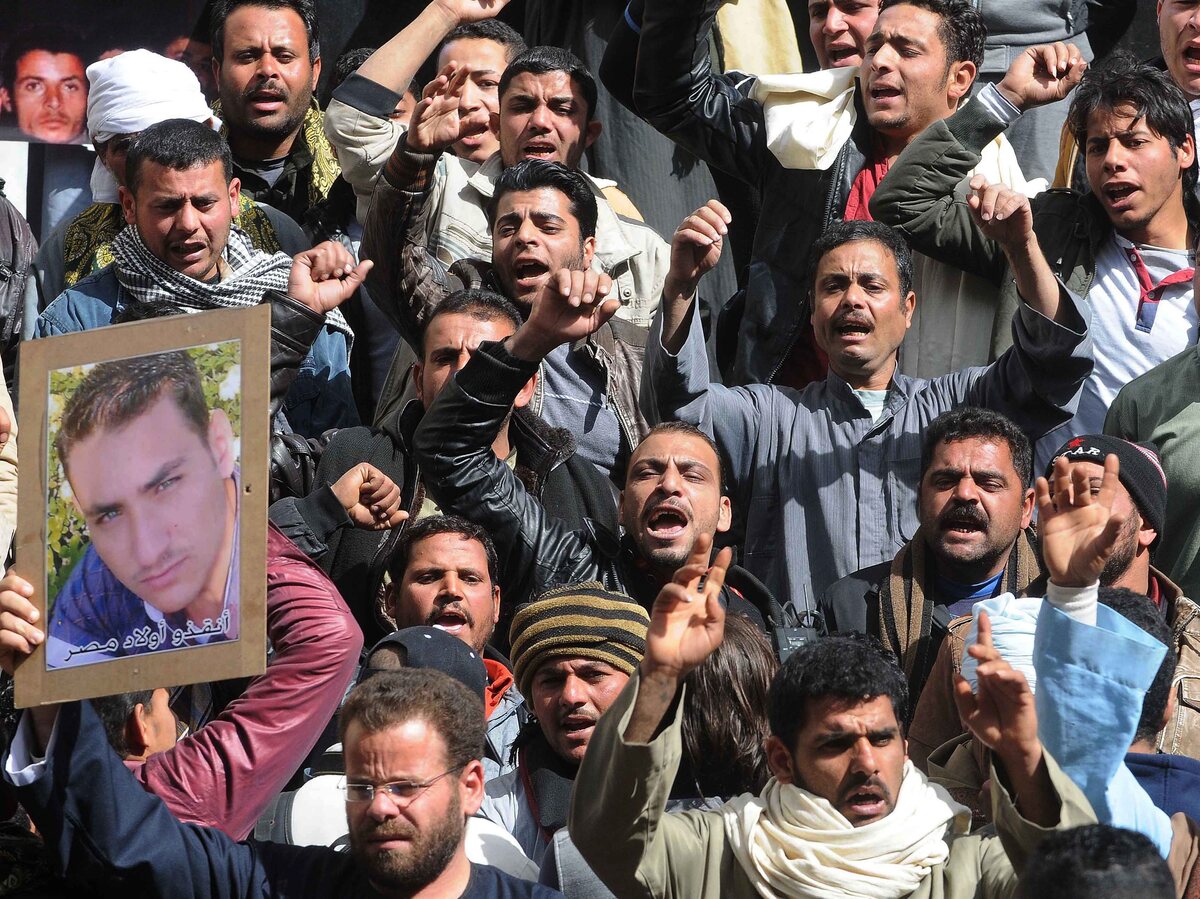 Egyptians protest on Friday what they characterize as Government inaction in reaction to the kidnapping of Copts in Libya, Cairo, on Friday.

A video has emerged that purports to show militants of the self-declared Islamic State beheading 21 Egyptian Christians kidnapped last week in Libya.

Reuters reports: "In the video, militants in black marched the captives, dressed in orange jump suits, to a beach. They were forced down onto their knees, then beheaded."

Reuters says a caption on the five-minute video reads: "The people of the cross, followers of the hostile Egyptian church."

Egypt's MENA news agency quotes the spokesman for the Coptic Church as confirming that the 21 are believed to be dead.

The video follows another from the extremist group that showed the immolation death of a Jordanian pilot shot down over Syria and videos showing the execution of two Japanese hostages.

After the Islamic State released photos of the kidnapping Coptic Christians last week, Egypt offered to evacuate thousands of its citizens from Libya.

NPR's Leila Fadel reports for our Newscast unit that ISIS claims to have kidnapped the 21 men last month. "The brutal extremist group appears to be setting up shop in the security vacuum that is Libya today," she says. "In the video, a masked man says in English that the group plans to conquer Rome."

"Egypt said it had no choice but take urgent measures on Friday with Isis expanding fast across Libya, its war-stricken neighbour. 'We are helping them,' Cairo's foreign ministry spokesman, Badr Abdelatty, said. 'If they would like to come back from Libya, we are facilitating their return to their home country.'

"The Coptic Christian guest workers were kidnapped in Sirte, on Libya's coast, by Isis units based there in two operations in December and January."