Accessibility links
Ukraine Update: Fighting Shifts To Mariupol; A Call For U.N. Peacekeepers : The Two-Way Ukraine says that in the past 24 hours alone, 14 of its soldiers have died and 172 were injured. The leaders of France, Germany, Ukraine and Russia are trying to salvage a cease-fire. 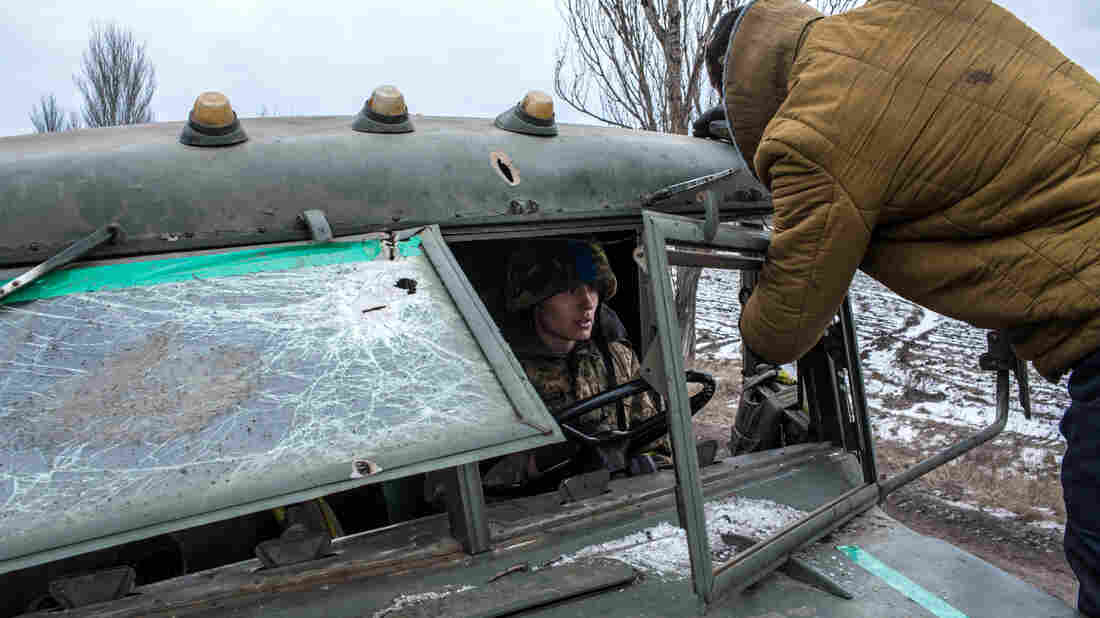 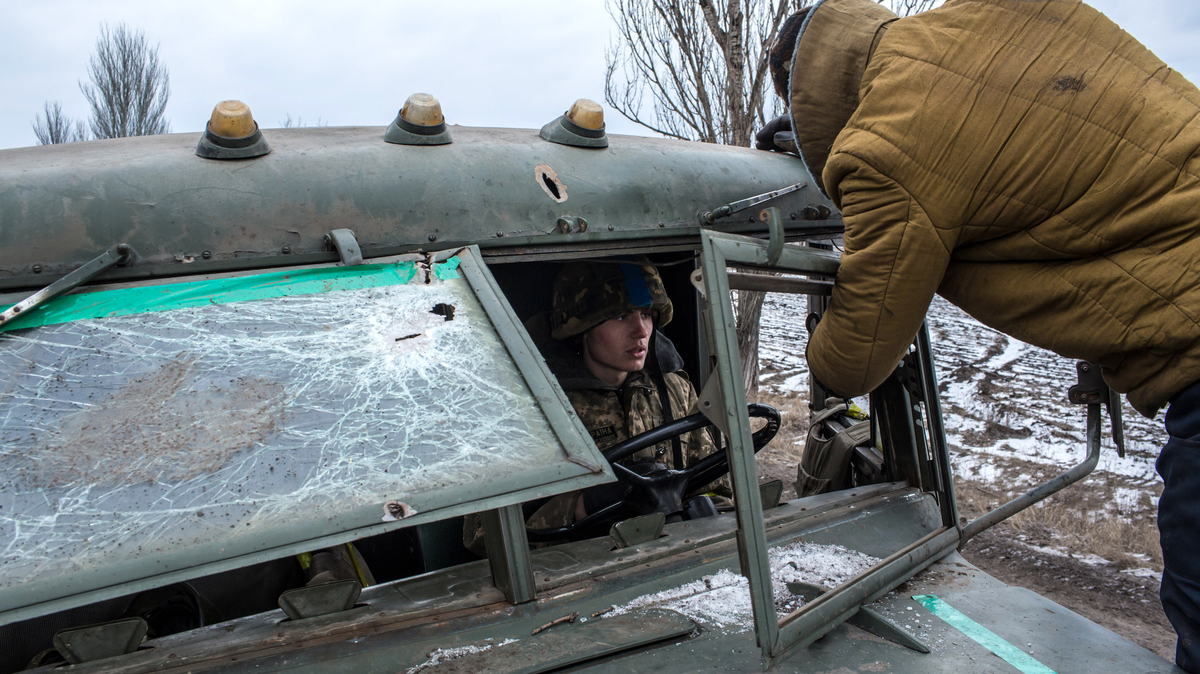 Trying to salvage a cease-fire that has not stopped the fighting in eastern Ukraine, the leaders of France, Germany, Ukraine and Russia held a conference call Thursday in which they called for full implementation of the truce's terms.

Ukraine says that in the past 24 hours alone, 14 of its soldiers have died and 172 were injured.

With Debaltseve having fallen, intense shelling is now reportedly focused on an area east of the key port city of Mariupol. That's where the town of Shyrokyne "has become the epicenter of the hostilities," Ukrainian army spokesman Anatoliy Stelmakh says.

Wednesday night, Ukrainian President Petro Poroshenko called for U.N. peacekeepers to monitor a cease-fire — but as Reuters reports, Russian-backed separatists said that such a move would violate the cease-fire's terms. And in Moscow, a government spokesman "told a news conference Kiev was responsible for making sure the Minsk agreements were carried out," The New York Times reports.

Intense fighting has raged in parts of Ukraine since the cease-fire began Sunday, particularly in the key strategic city of Debaltseve, where Ukrainian troops have been withdrawing after a weeks-long siege.

International monitors haven't been able to observe conditions in the city, a vital railroad hub between separatist-held territories.

"The Organization for Security and Co-operation in Europe, the OSCE, says that Russian and separatist forces have been preventing them from visiting Debaltseve for days," NPR's Corey Flintoff reports.

Corey adds, "The Ukrainian president says the four leaders agreed again today that those monitors would get full access. So we'll see if that happens."

The AP describes the scene in Debaltseve, saying its journalists who drove around in half the town "found all neighborhoods under the control of rebel fighters, most of them appearing to be Cossacks."

The agency adds, "Nikolai Kozitsyn, a Russian Cossack leader who has been a prominent warlord in separatist eastern Ukraine, drove around in a Humvee-like vehicle that had been captured from Ukrainian troops. Other rebels were seen waving separatist flags."

Saying he is very concerned by a deteriorating situation, NATO Secretary General Jens Stoltenberg says that Russia and the separatists have refused to respect the cease-fire.

"Russian forces, artillery and air defense units as well as command and control elements are still active in Ukraine," Stoltenberg said. "Russia has supported the separatists with forces, training and advanced weapons. And there has been a steady buildup of tanks and armored vehicles across the border from Russia to Ukraine."