Accessibility links
Banned From The Ride-Share Business In Spain, Uber Turns to Food Delivery : The Two-Way The ride-share company Uber has decided to try its luck arranging rides for takeout food after it is prohibited in Spain from carrying passengers. 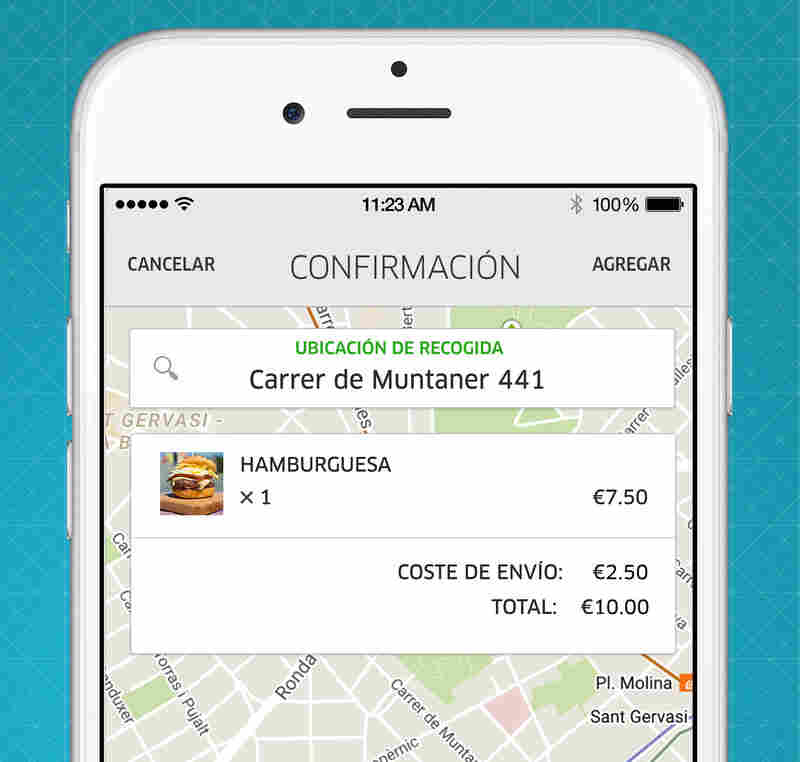 A screen image from UberEATS. In Spain, Uber is trying to reinvent itself as a food delivery service. courtesy Uber hide caption 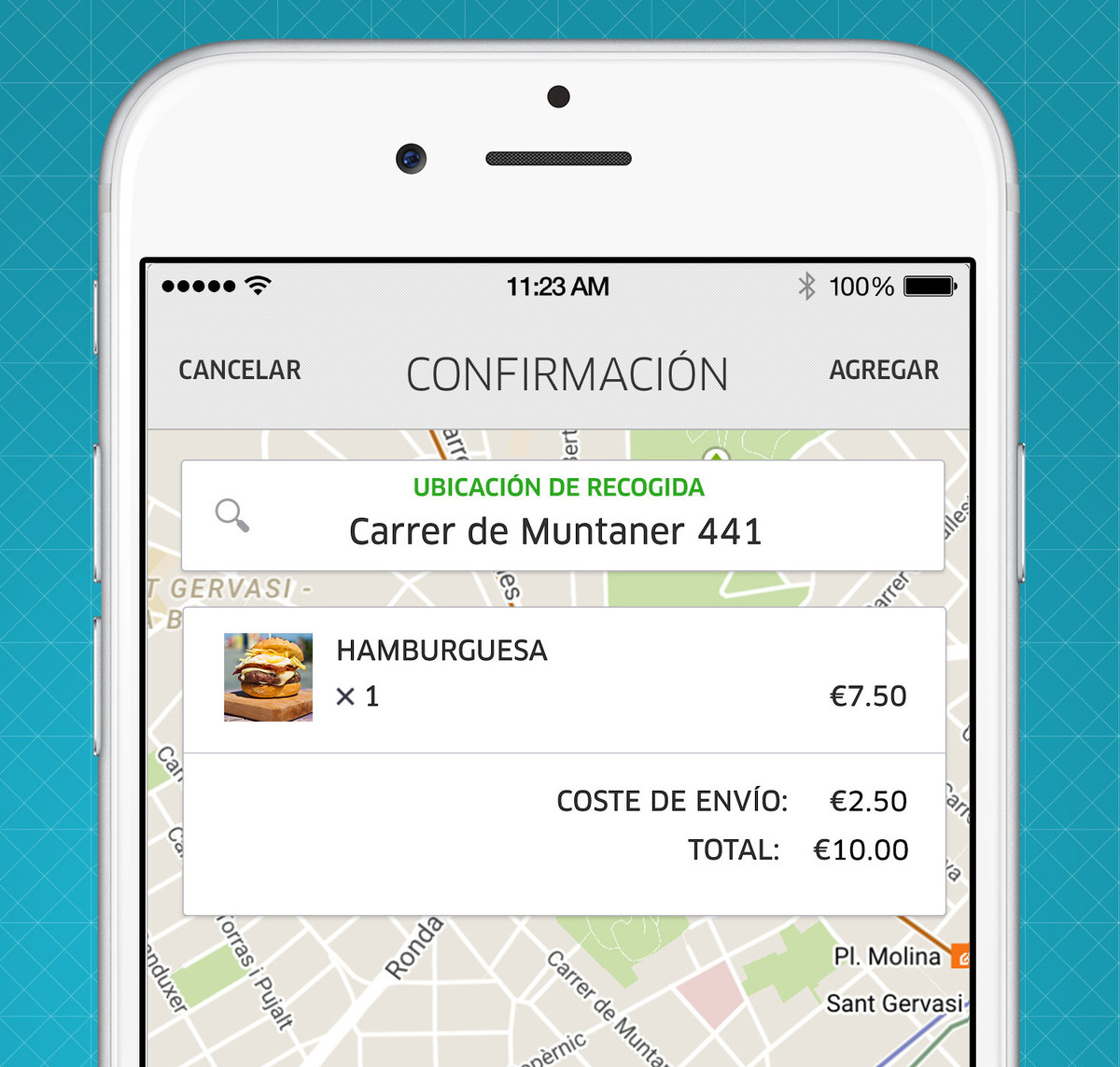 A screen image from UberEATS. In Spain, Uber is trying to reinvent itself as a food delivery service.

Late last year, a Spanish judge prohibited Uber from operating in Spain, after protests by taxi drivers. Days later, the company announced it was closing down operations here.

But less than two months later, it's reinvented itself as UberEATS, converting its network of drivers into food deliverymen.

Customers in Spain can log onto the same Uber smartphone app which they used to request rides (though they may need to update the app; Spanish telecom operators were ordered to block the original app after a judge's ruling in December). A new option labeled UberEATS allows users to order food from participating restaurants. The service is part of a partnership with the Spanish foodie website Plateselector.

"The global fame of Spanish gastronomy, the cosmopolitan character of Barcelona and Spaniards' great acceptance of new opportunities in the 'on-demand' economy, are the main reasons the company chose Barcelona as the first city outside the U.S. to launch UberEATS," the company said in a statement emailed to journalists.

Most dishes cost around $11, with about a $3 delivery fee. Just like with the ride-share service, customers with GPS-enabled smartphones can watch a little taxi icon getting closer, delivering their meal.

In addition to Spain, Uber faces ride-share bans in South Korea, Thailand, India and France. It also faces stiff resistance from taxi drivers and unions in Germany, Belgium and elsewhere. In India, Uber was criticized as unsafe after allegations that a woman was raped by her Uber driver. And in Sydney, Australia, the company came under fire for jacking up prices during a hostage crisis.

Nevertheless, the five-year-old San Francisco-based company has expanded to more than 50 countries. Uber is privately-held, but has been valued by investors at more than $40 billion.

That's a lot of takeout food.