Accessibility links
Bangladesh Ferry Accident Kills Dozens : The Two-Way The vessel, carrying more than 100 passengers, capsized after being hit by a cargo ship about 25 miles northwest of the capital Dhaka. 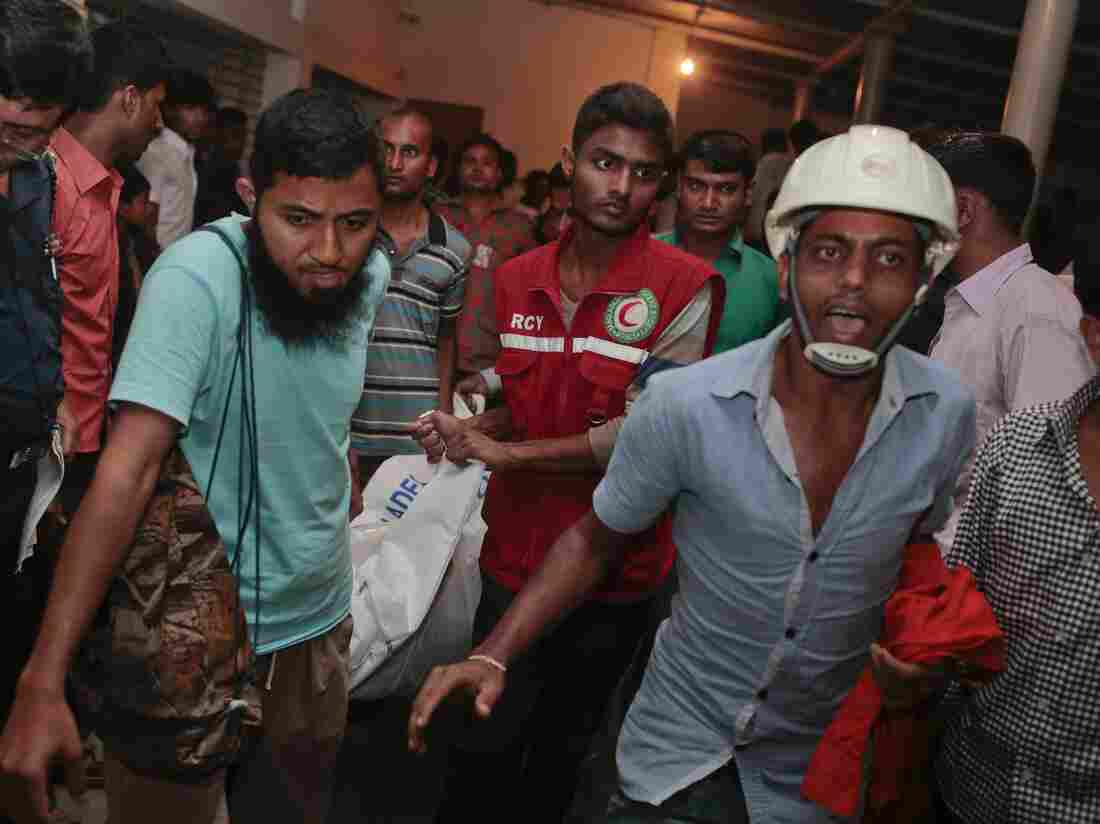 Bangladeshi rescue workers carry the dead body of one of the victims after a river ferry carrying about 100 passengers capsized Sunday. A.M. Ahad/AP hide caption 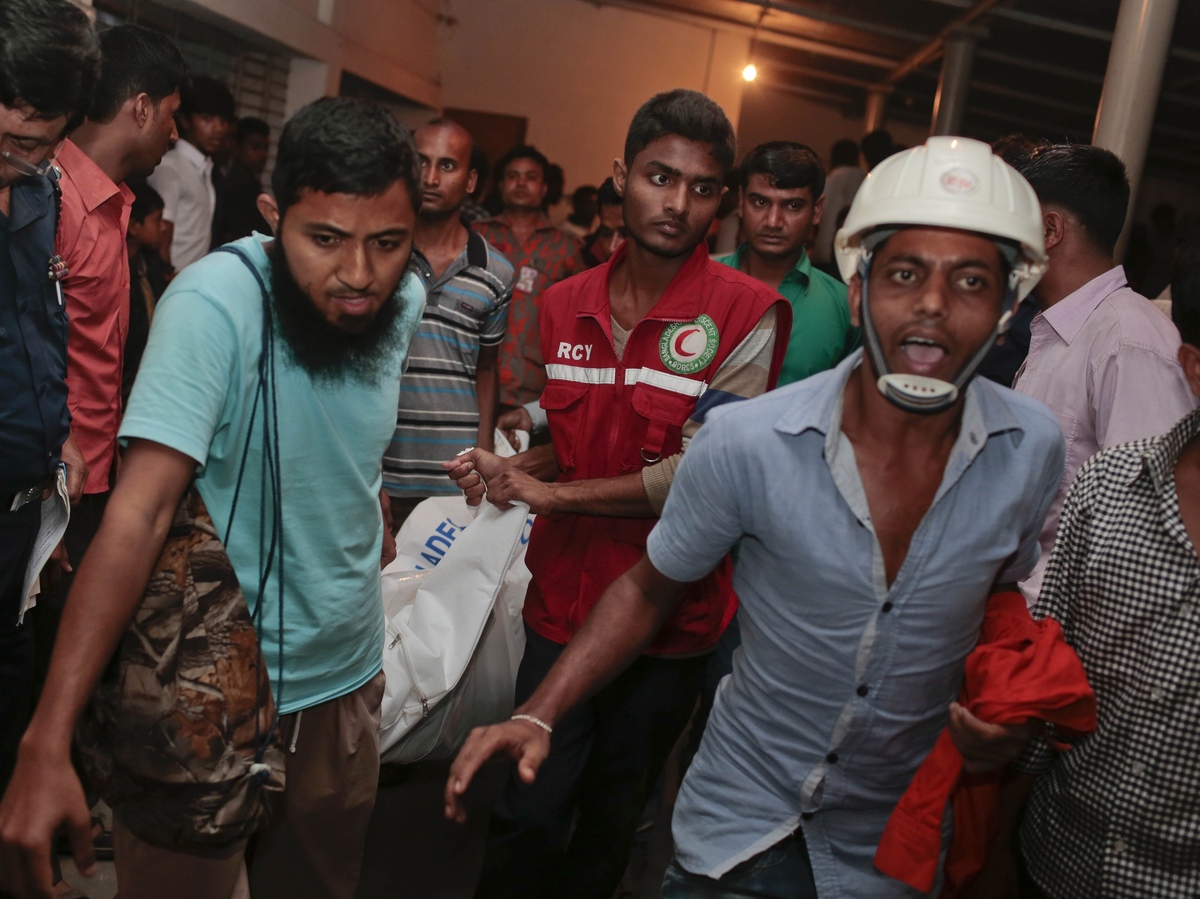 Bangladeshi rescue workers carry the dead body of one of the victims after a river ferry carrying about 100 passengers capsized Sunday.

The bodies of at least 68 passengers have been recovered from the site of a capsized river ferry in Bangladesh, The Associated Press reports.

Up to 140 people are believed to have been on the ferry; however, officials have not determined the number of missing passengers. The AP reports that ferries in the region normally don't maintain precise lists of their passengers.

A ferry carrying more than 100 passengers capsized in Bangladesh after being hit by a cargo vessel, killing more than 30 people. The accident occurred about 25 miles northwest of the capital, Dhaka.

At least 50 people have been rescued, officials said. However, the death toll was expected to rise.

The Associated Press says 31 are confirmed dead, while Reuters says 33 bodies have been recovered. Bdnews24.com, a Bangladesh news website, says 37 bodies have been found, including women and children, "with many others unaccounted for."

"The ... bodies retrieved so far from the water include a baby, Tripura said. Police have seized the trawler and arrested two of its crew, he said.

"Another police team, assisted by firemen and the Bangladesh Inland Water Transport Authority, is trying to salvage the ferry, he said."

The AP reports: "The ferry was struck by the cargo vessel at the Daulatdia-Paturia crossing on the Padma River on Sunday afternoon, said fire department official Shahzadi Begum."

Bdnews24.com says the master of the cargo vessel has been arrested "along with two others" in connection with the disaster.