Accessibility links
Head Of UN Climate Change Panel Resigns Amid Harassment Allegations : The Two-Way Rajendra K. Pachauri's departure from the Intergovernmental Panel on Climate Change is a big embarrassment for the group, which won the 2007 Nobel Peace Prize along with former Vice President Al Gore. 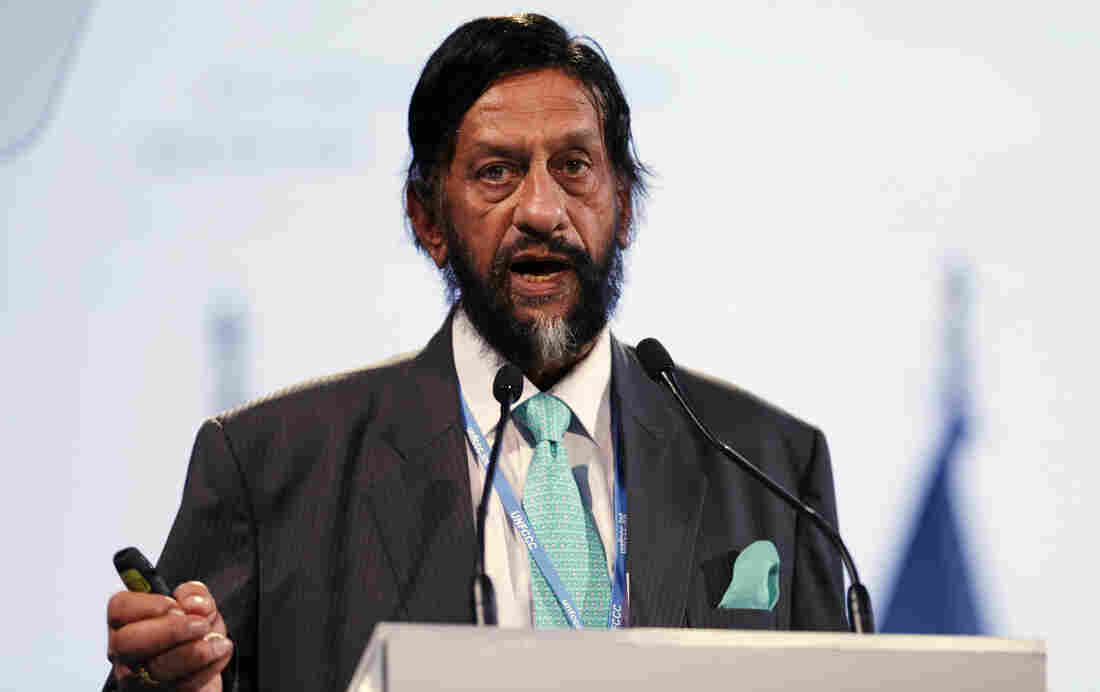 Rajendra K. Pachauri speaks at the U.N. Climate Change Conference in Lima, Peru, on Dec. 11, 2014. He is stepping down as chairman of the Intergovernmental Panel on Climate Change. Juan Karita/AP hide caption 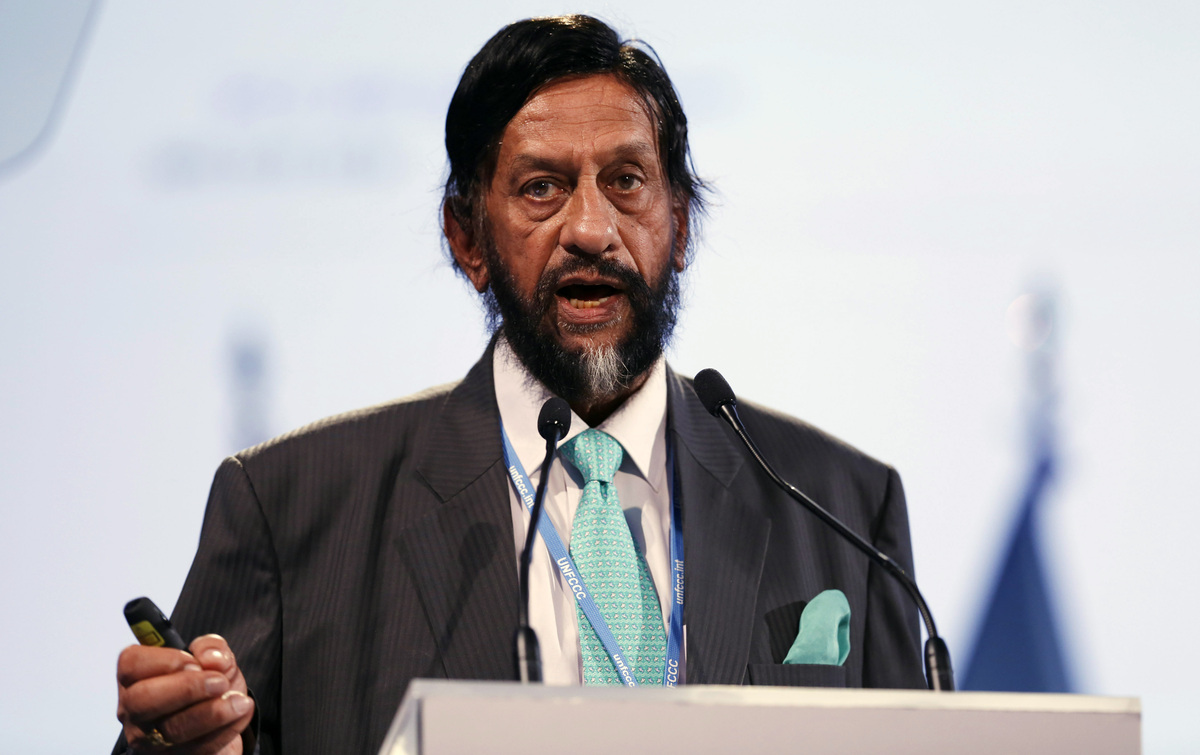 Rajendra K. Pachauri speaks at the U.N. Climate Change Conference in Lima, Peru, on Dec. 11, 2014. He is stepping down as chairman of the Intergovernmental Panel on Climate Change.

The chairman of the Intergovernmental Panel on Climate Change, Rajendra K. Pachauri, stepped down Tuesday amid allegations of sexual misconduct that have engulfed the celebrated Indian economist and engineer.

Pachauri is one of the world's top climate change officials. His departure from the IPCC is a huge embarrassment for the group, which was awarded the 2007 Nobel Peace Prize along with former U.S. Vice President Al Gore for their role in galvanizing international action against climate change.

Endorsed by the U.N. General Assembly, the IPCC is the world body that assesses the science related to climate change.

Pachauri also is the director general of The Energy and Resources Institute in New Delhi, India. Indian media reports say a 29-year-old researcher told police he began harassing her soon after she joined the institute in 2013. The woman reportedly said she submitted hundreds of text messages and WhatsApp messages as evidence. She also told Delhi police she feared that Pachauri would use his connections with "influential persons" in the government to subvert the evidence.

Pachauri has denied the allegations. His attorneys say their client's phone and computer "had been hacked."

As the police investigation intensified, a New Delhi court granted the 74-year-old Pachauri interim protection from arrest until Thursday.

The Energy and Resources Institute released a statement tonight saying that Pachauri has "proceeded on leave for the time being."

IPCC has moved quickly to replace the globally recognized climate expert, who was first elected to lead the panel in 2002.

The case could damage climate talks. Pachauri pulled out of an international climate conference convened this week in Nairobi. He also had been playing a key role in the run-up to a crucial climate change summit set for December in Paris.