Accessibility links
France Warns Russia And Its Allies Not To Advance On Ukrainian Port City : The Two-Way The foreign ministers of the four signatories to the Minsk cease-fire agreement met in Paris to discuss the fighting in Ukraine. Kiev worries that the separatists' next target will be Mariupol. 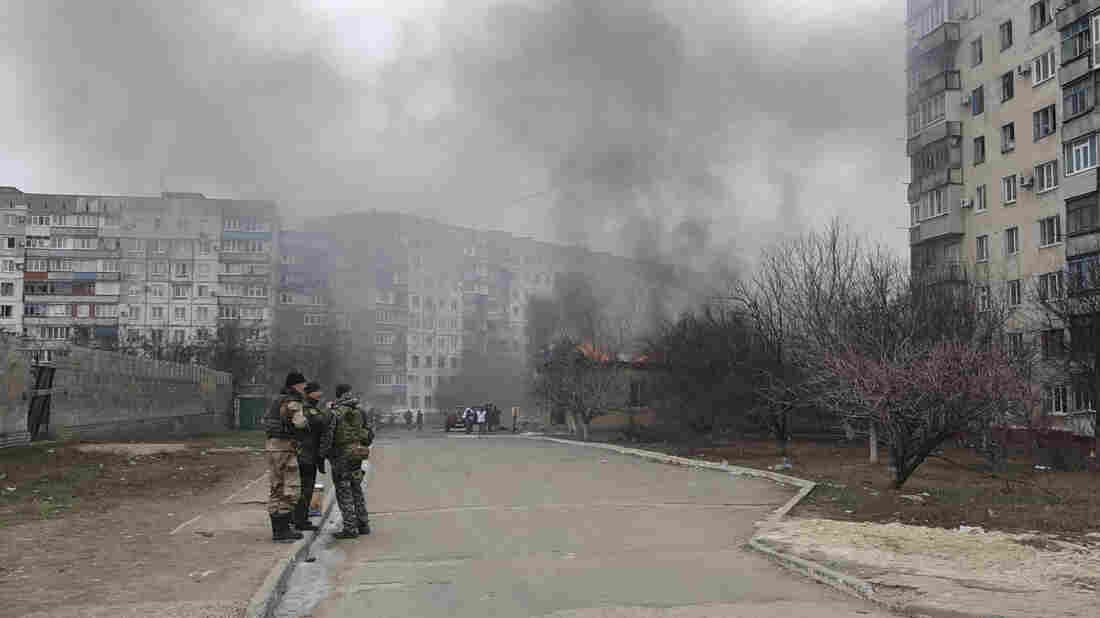 Ukrainian servicemen stand guard on a street near a burning building after a shelling by pro-Russian rebels of a residential sector in Mariupol, eastern Ukraine, last month. Reuters /Landov hide caption 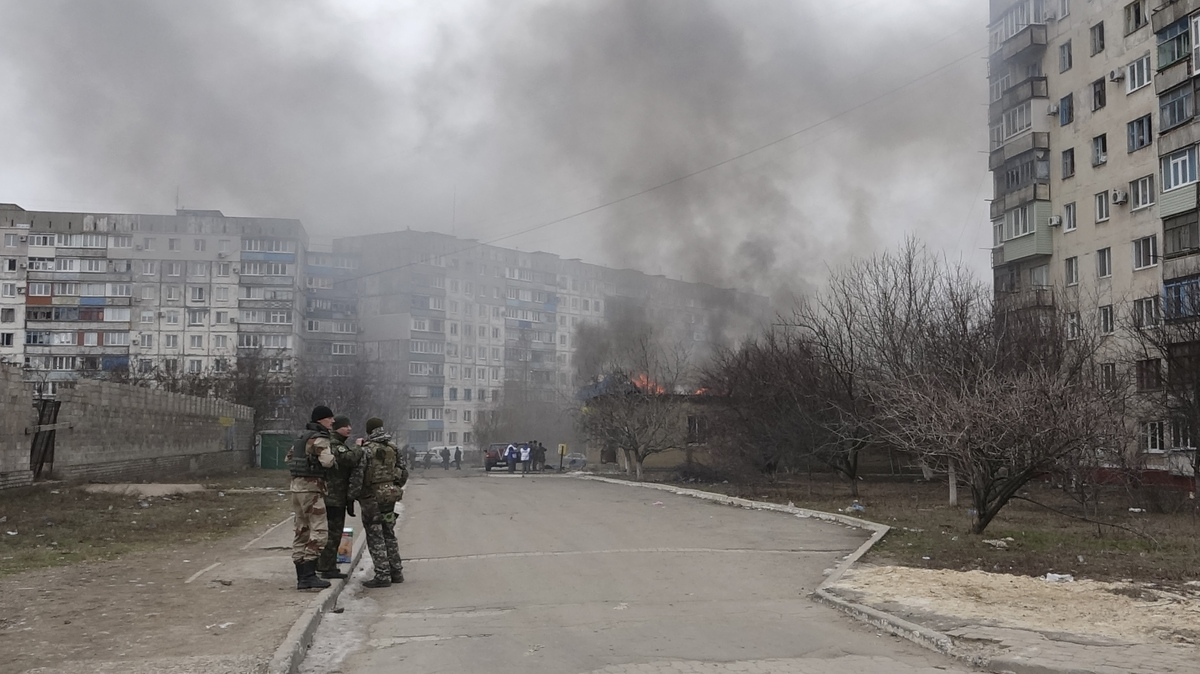 Ukrainian servicemen stand guard on a street near a burning building after a shelling by pro-Russian rebels of a residential sector in Mariupol, eastern Ukraine, last month.

French Foreign Minister Laurent Fabius said this morning on French radio that if separatist troops advanced on the Ukrainian city of Mariupol, that would constitute a new red line.

"I told my counterpart Sergei Lavrov that such a move would mean Russia wants to make a link with Crimea, and that would change everything," said Fabius.

Then he stated that Europe would have to look at slapping new sanctions on Russia.

Ukrainian President Petro Poroshenko has been making the rounds of European capitals, working to get a real cease-fire in place and to get Russian troops out of his country. Russia denies that its forces are in Ukraine and that it is assisting separatists.

At a summit just 10 days ago in Brussels, Belgium, on the day after the second Minsk cease-fire agreement was signed, Poroshenko had seemed hopeful. He said he felt a real unity and support for Ukraine from its European partners.

One French analyst says it is becoming increasingly painful to watch fruitless negotiations with Russia, when it is clear the separatists and their Russian allies have no intention of stopping the fight.

Just days after the February 12 peace agreement was signed, they launched a final assault on the key train hub town of Debaltseve, forcing Ukrainian forces to withdraw.

Now there are reports of shelling around the port city of Mariupol. If the city were to fall to separatists, a land corridor would be created between separatist territory and Crimea, which was annexed by Russia last year.

One Russian newspaper, Novaya Gazeta, has published what it says is a classified Kremlin document from February 2014, which meticulously plans the annexation of Crimea and the destabilizing of eastern Ukraine.

Russia's continued denials of having soldiers or military equipment in Ukraine are becoming farcical, said one French columnist. Another French newspaper asked how it was possible to continue negotiating in the face of the extreme cynicism of Russia and President Vladimir Putin.

Across the Atlantic, U.S. Secretary of State John Kerry has called the Ukrainian separatists a de facto extension of the Russian army.

Yesterday's discussions in Paris by the four signatories to the Minsk agreement (France, Germany, Ukraine and Russia) produced little but tension and disagreement. The only thing the foreign ministers agreed upon was to bolster a European peace-monitoring mission in eastern Ukraine.