Accessibility links
The FCC's Net Neutrality Vote: Here's What You Need To Know : The Two-Way The Federal Communications Commission is set to vote on whether to reclassify the Internet as a utility. If it votes yes, the commission will not allow Internet service providers to throttle traffic. 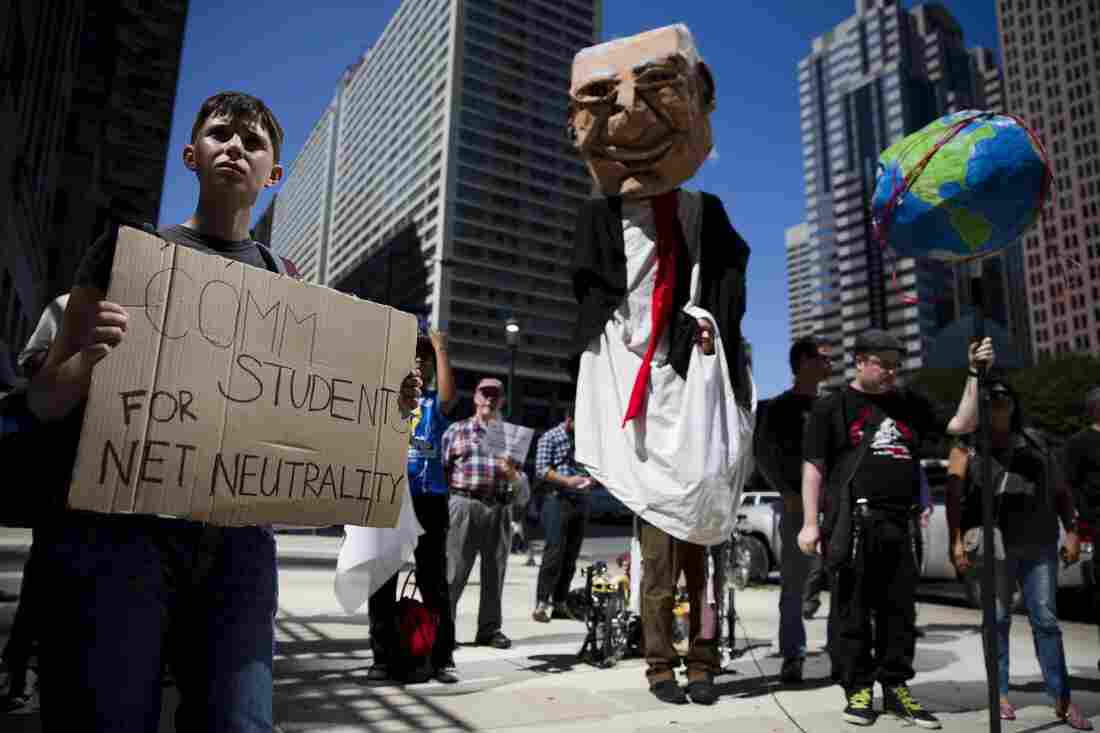 Protesters demonstrate in favor of net neutrality across the street from the Comcast Center in Philadelphia. Matt Rourke/AP hide caption 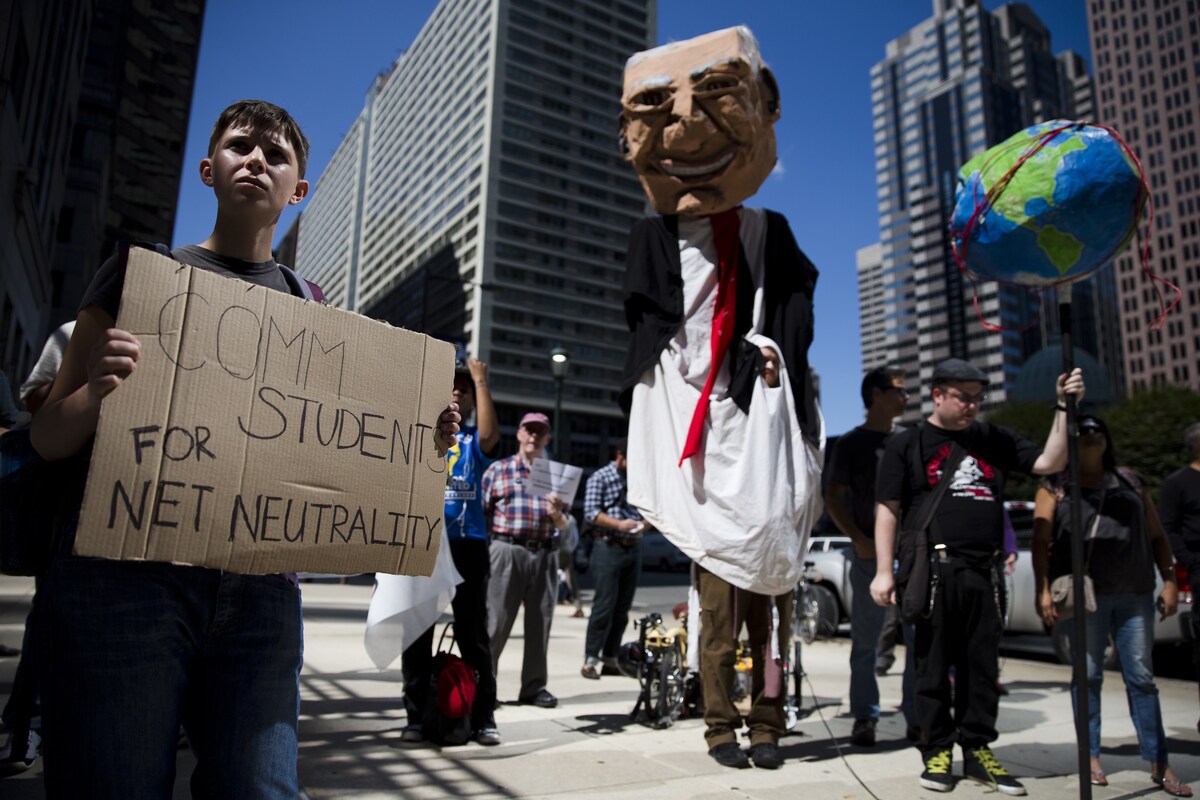 Protesters demonstrate in favor of net neutrality across the street from the Comcast Center in Philadelphia.

Later this morning, the Federal Communications Commission will take a vote on adopting new rules that would keep the Internet neutral.

By a 3-2 vote, the FCC votes to adopt net neutrality rules to "protect the open Internet." Our original post continues:

Here's a guide to what all of this means.

-- What does net neutrality mean?

"Net neutrality is the concept that your Internet provider should be a neutral gateway to everything on the Internet, not a gatekeeper deciding to load some sites slower than others or impose fees for faster service."

In other words, it's a concept in which Internet service providers (ISPs) don't discriminate when it comes to Internet traffic.

Without net neutrality rules, ISPs could theoretically take money from companies like Netflix or Amazon to speed up traffic to their sites.

"More than 30 percent of Internet traffic at peak times comes from Netflix, according to studies. So Verizon might say, 'Netflix, you need to pay us more.' Or maybe Verizon strikes a deal with Amazon and says your prime video service can get speedier delivery to the home and we're going to slow down Netflix."

The Federal Communications Commission is voting on whether to reclassify broadband access as a "telecommunications service under Title II."

In layman's terms, the FCC is looking to reclassify broadband as a utility, which would give the commission more regulatory power over Internet providers.

-- What prompted this FCC vote?

Back in 2010, the FCC actually passed rules to keep the Internet neutral. But those rules were challenged by Verizon and in January of 2014, the U.S. Court of Appeals for the D.C. Circuit ruled that the FCC did not have the regulatory power over broadband to issue those rules.

The court, however, said that the FCC could reclassify broadband and that would give it broad regulatory powers.

Earlier this week, Republicans in Congress dropped opposition to the proposed rules, saying they were not going to pass a bill without any Democratic support.

-- What would the proposed rules do?

The proposed rules are pretty lengthy, but from an FCC fact sheet, here are the three things that the rules would ban that matter most to consumers:

"No Throttling: broadband providers may not impair or degrade lawful Internet traffic on the basis of content, applications, services, or non-harmful devices.

"No Paid Prioritization: broadband providers may not favor some lawful Internet traffic over other lawful traffic in exchange for consideration — in other words, no 'fast lanes.' This rule also bans ISPs from prioritizing content and services of their affiliates."

-- What does John Oliver have to do with all this?

The comedian John Oliver brought this issue to the forefront when he dedicated 14 minutes on his program to explain why net neutrality is so important.

He called on his viewers to write to the FCC to encourage them to adopt new rules. His call — and the enormous response — broke the commission's website.

A bunch of big Internet sites — Netflix, Etsy and Foursquare among them — joined the chorus in September when they took part in "Internet Slowdown Day," presenting their users with symbolic loading icons "to remind everyone what an Internet without net neutrality would look like."

The FCC is voting during an open meeting at 10:30 a.m. ET. The commission is providing a live stream of its meeting here.