Accessibility links
Afghans Make History, Winning Thriller Against Scotland In Cricket's World Cup : The Two-Way The win in Dunedin, New Zealand, is a first for Afghanistan at the World Cup. The victory spurred Afghans to celebrate on the streets of Kabul. 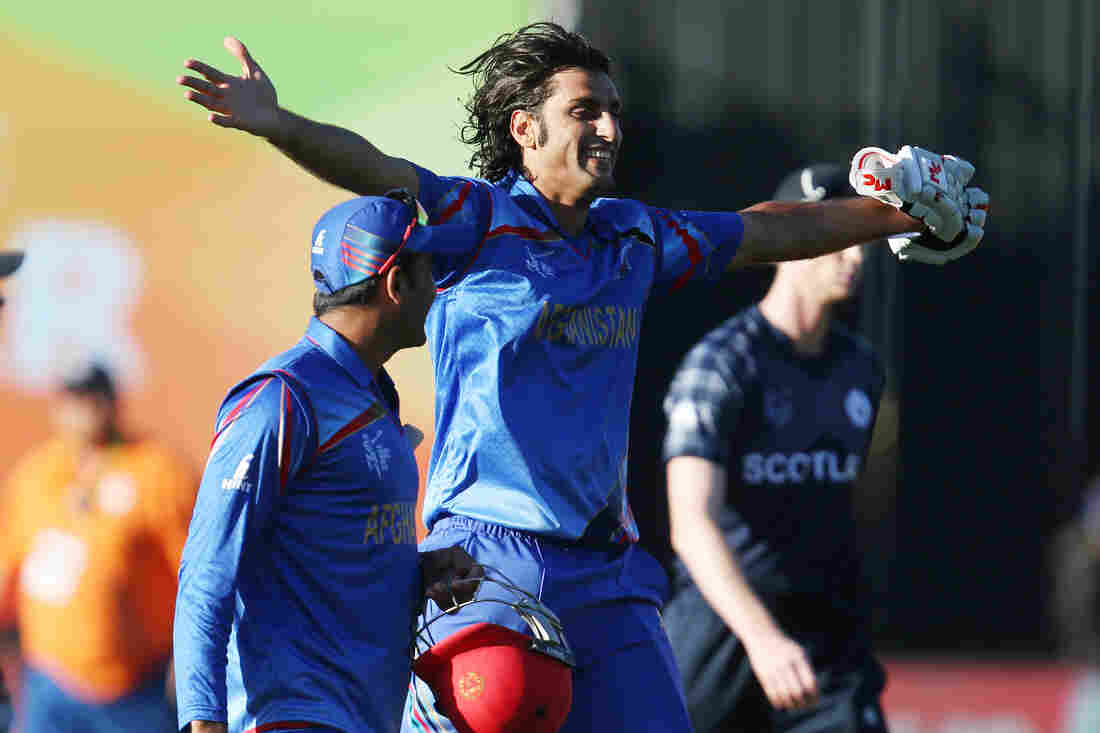 Afghanistan's Shapoor Zadran celebrates as he leaves the field after guiding his team to victory against Scotland in the Pool A game of the Cricket World Cup in Dunedin, New Zealand, on Thursday. Dianne Manson/AP hide caption 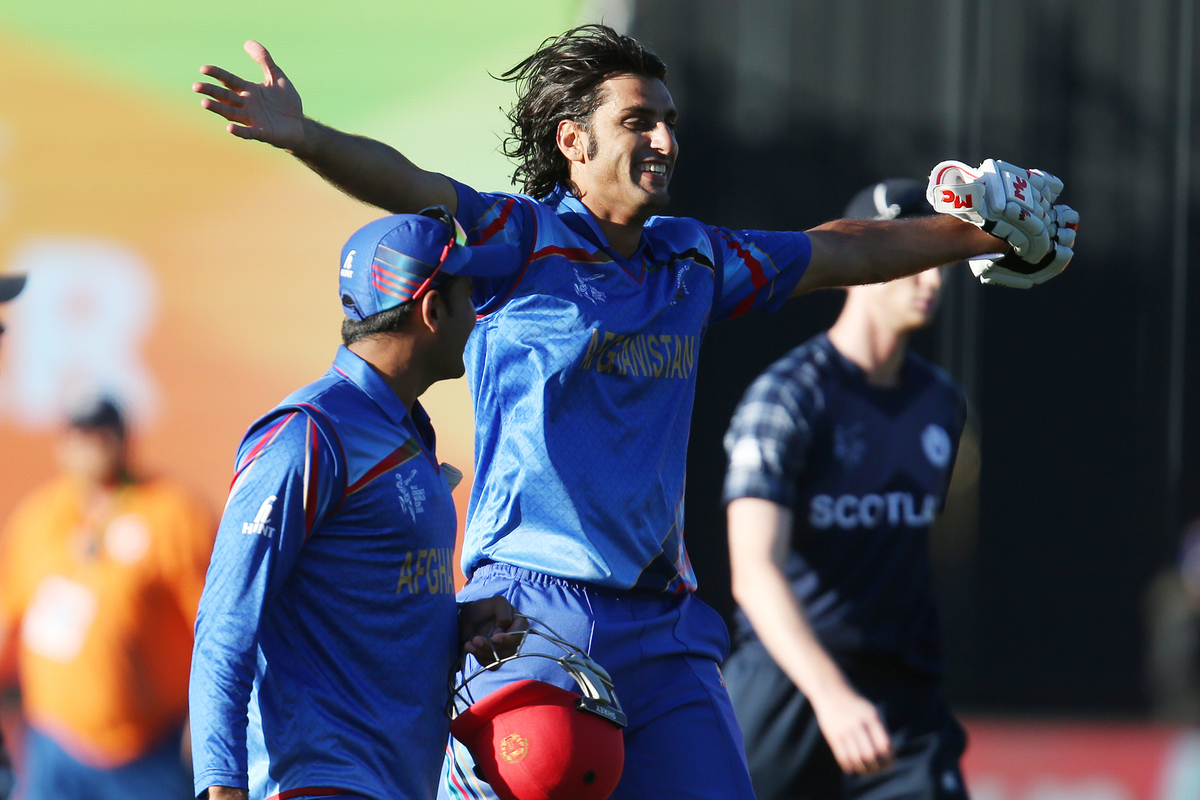 Afghanistan's Shapoor Zadran celebrates as he leaves the field after guiding his team to victory against Scotland in the Pool A game of the Cricket World Cup in Dunedin, New Zealand, on Thursday.

Afghans celebrated on the streets of Kabul as their national cricket team, playing half a world away, won its first World Cup game.

Scotland, in its allotted 50 overs, scored 210 runs. In a nail-biting finish, the Afghans scraped past Scotland in Dunedin, New Zealand, by one wicket with three balls to spare.

No. 4 Samiullah Shenwari top scored with 96 and opener Javed Ahmadi scored 51, but it was an unbeaten last-wicket stand between Hamid Hassan, not out on 15, and Shapoor Zadran, batting on 12, that took the Afghans past their more fancied opponents.

The Associated Press adds: "While the Afghan players rushed to hug and celebrate with teammates and fans after last-in-line batsman Shapoor Zadran stroked the winning runs ... dejected Scotland players slowly left the field Thursday after being deprived of their first win in the marquee event."

Scotland, as that preceding sentence points out, isn't exactly a cricketing powerhouse, either. But it has a closer association with the game than Afghanistan, where returning refugees, who had picked up cricket in neighboring Pakistan, popularized it.

Fourteen teams are playing in the World Cup, which is being jointly hosted by Australia and New Zealand. The strongest sides are the traditional cricket-playing sides: the two hosts, England, Sri Lanka, South Africa, Pakistan, India, the West Indies, Bangladesh and Zimbabwe; then there are the associate teams (second-tier squads) — Afghanistan, Scotland, Ireland, United Arab Emirates.

Cricinfo has a match report and video highlights of today's game in Dunedin.

The reaction in Kabul was one of joy. Reuters reports that Afghans danced in the streets and fired rifles into the air, injuring six.

"Today is one the happiest days in my life to see our heroes win their first World Cup match," Ahmad Yaseen, 19, told the news agency. "This means so much for our countrymen who wake up to face bombs, attacks and so many other difficulties."

Speaking after the game in New Zealand, Shenwari, the team's batting hero, spoke of just how far the game had come in his country.

"I think there was nothing before," he said. "You can look 10 or eight years ago, there was nothing in Afghanistan. But now you can see the streets, school, everything you go, it's just cricket and cricket, so maybe in next 10 years maybe we can do (more)."