Accessibility links
Astronomers Discover A Supermassive Black Hole Dating To Cosmic Dawn : The Two-Way It's enormous, and it grew relatively quickly — less than 900 million years after the Big Bang. 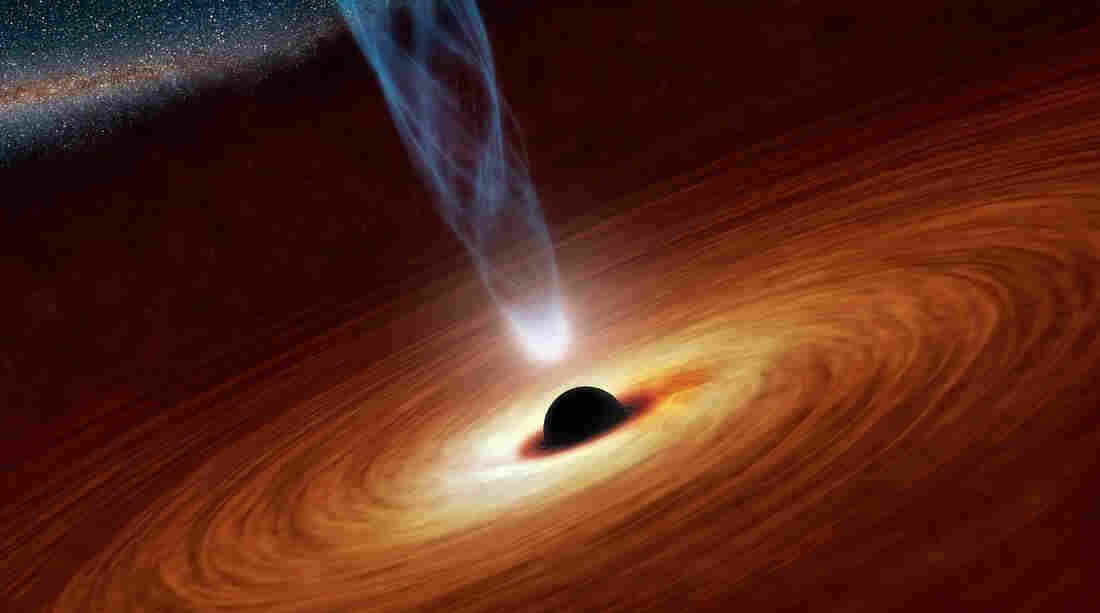 A supermassive black hole, like the one illustrated here, has been discovered 12.8 billion light years away, at the center of an exceptionally bright quasar. NASA/JPL-Caltech hide caption 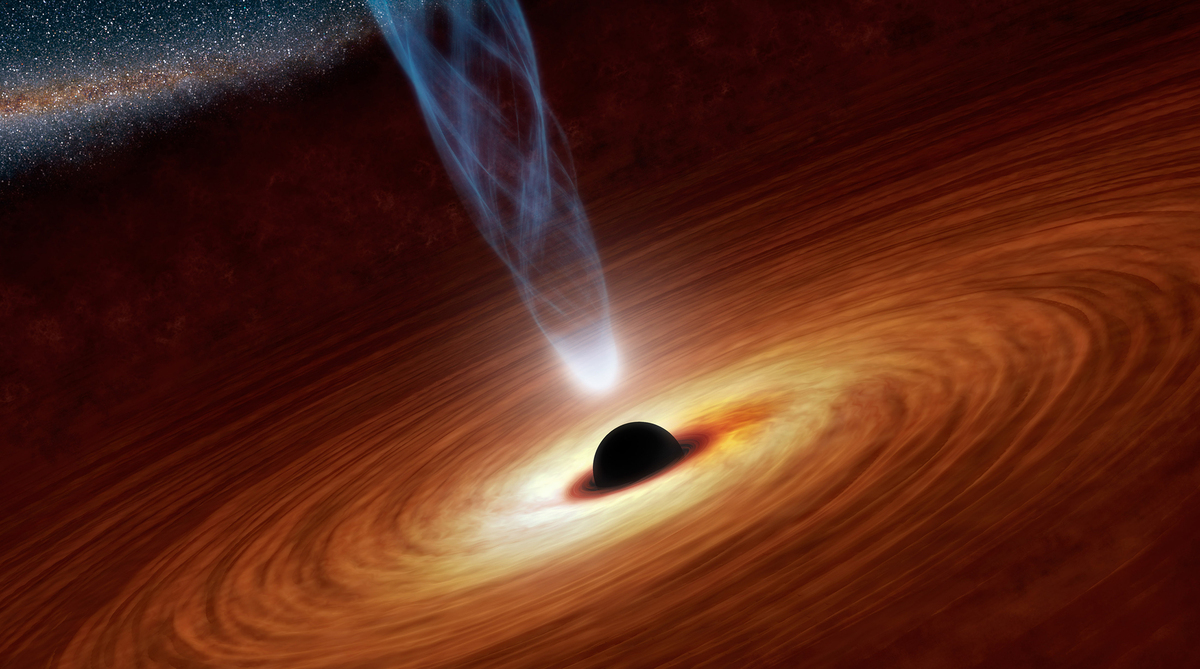 A supermassive black hole, like the one illustrated here, has been discovered 12.8 billion light years away, at the center of an exceptionally bright quasar.

SDSS J0100+2802 is the rather understated name scientists have given to an exceptionally luminous, newly discovered quasar. It's 12.8 billion light years away and shines as brightly as 420 million suns. At its center, there's a super-sized black hole — as massive as 12 billion suns — that formed some 900 million years after the Big Bang.

It's far more massive than any other known black hole from that time, and astronomers aren't sure how it grew so big so fast.

An international team of astronomers reported their discovery in the February 26 issue of Nature, which calls the black hole at the center of SDSS J0100+2802 "a giant in the young universe." Why Theories On Black Holes Are Full Of Holes

What exactly is a black hole? NASA defines it this way:

"A black hole is anything but empty space. Rather, it is a great amount of matter packed into a very small area — think of a star ten times more massive than the Sun squeezed into a sphere approximately the diameter of New York City. The result is a gravitational field so strong that nothing, not even light, can escape."

Xiaohui Fan, one of the Nature study's co-authors and an astronomer at the University of Arizona's Steward Observatory, said in a university press release that the discovery raises important questions:

"How can a quasar so luminous, and a black hole so massive, form so early in the history of the universe, at an era soon after the earliest stars and galaxies have just emerged?" Fan said. "And what is the relationship between this monster black hole and its surrounding environment, including its host galaxy?

"This ultraluminous quasar with its supermassive black hole provides a unique laboratory to the study of the mass assembly and galaxy formation around the most massive black holes in the early universe."

In other words, the discovery may help scientists better understand the universe when it was young. But — as theoretical physicist Marcelo Gleiser noted in NPR's 13.7 Cosmos and Culture blog — some, like Stephen Hawking, believe that black holes (as we think we know them) may not exist at all.