Accessibility links
James Bond Meets His Match — The Roman Cobblestone : The Two-Way Actor Daniel Craig reportedly hit his head when the Aston Martin he was driving during filming the 24th James Bond thriller encountered a loose sanpietrino, as the cobblestones in Rome are known. 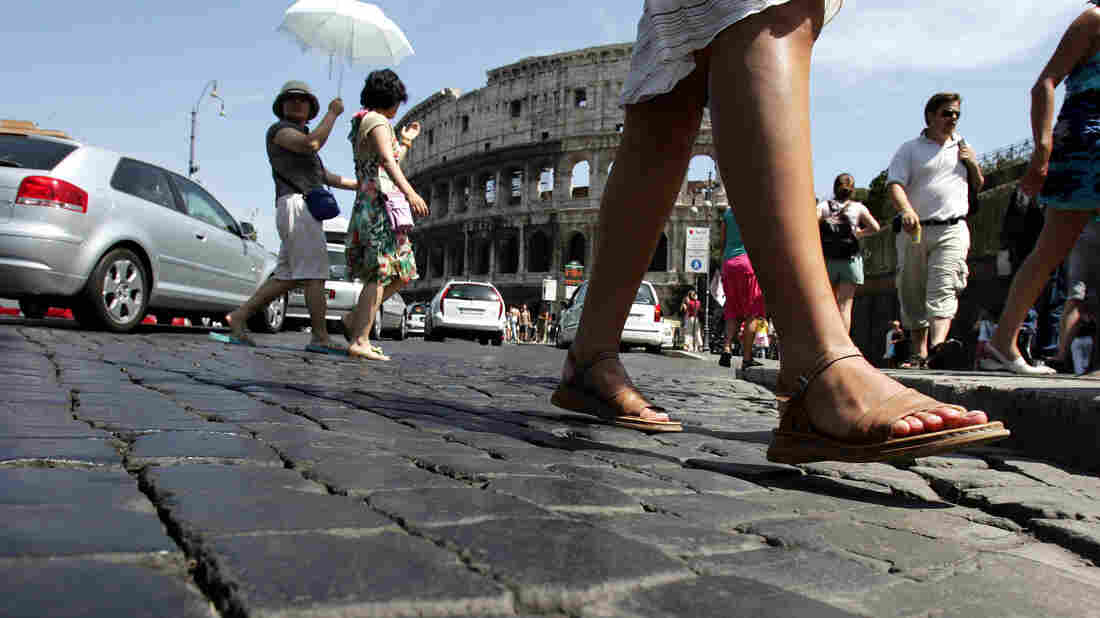 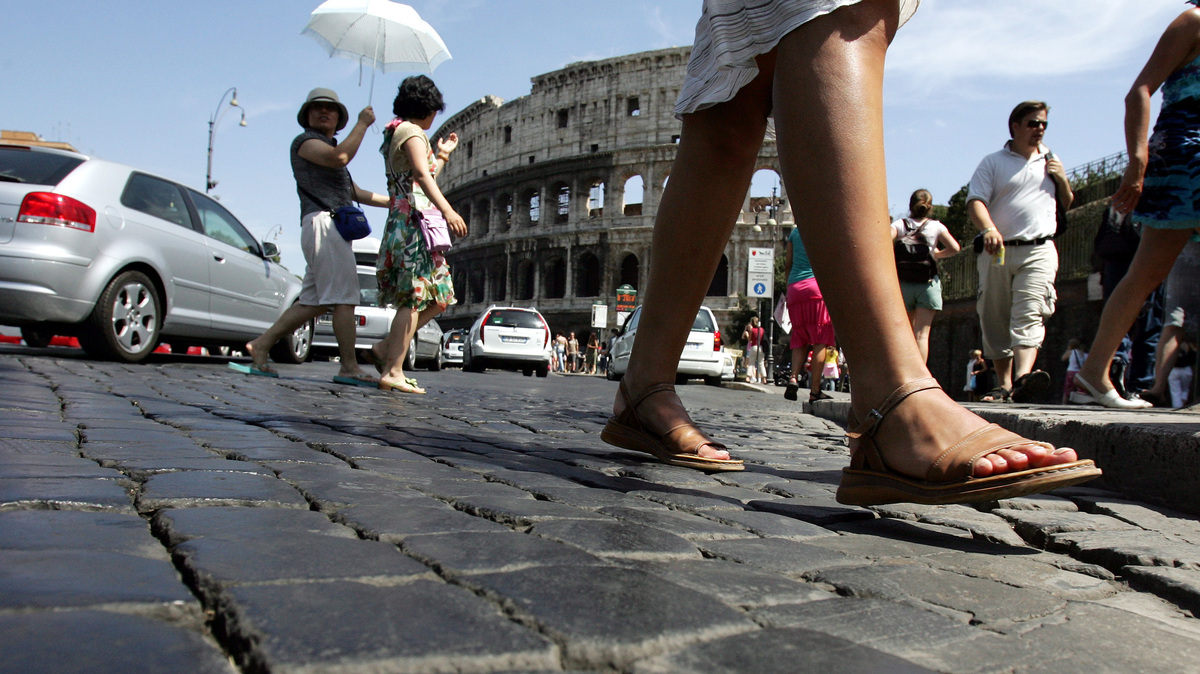 Pedestrians cross the cobblestone Via dei Fori Imperiali in front of Rome's Colosseum.

The headline in today's La Repubblica was, "The streets of Rome bring Bond to a standstill — car hits pothole, Craig suffers head injury."

The newspaper reported that the accident occurred while actor Daniel Craig, reprising the role of the suave British spy in the 24th James Bond thriller, Spectre, was driving one of the movie's four custom-made Aston Martins on a narrow cobblestone street near the Vatican.

Craig reportedly hit his head on the car roof when the speeding vehicle met the irresistible force of a loose sanpietrino, as the Roman cobblestones are known.

Rumor has it that Craig flew home to London after being visited by medics on the set, but the production company played down the incident. Spectre has been shooting in Rome for the past week. The Rome leg is scheduled to last 10 more days, and Craig is expected to return soon.

Meanwhile, the Bond-meets-cobblestone affair revived a long-standing controversy between the pro- and anti-sanpietrini camps. A national consumer protection association, ADOC, issued a statement asking, "Are the potholes of Rome the real enemy of James Bond? It would seem so."

ADOC President Lamberto Santini said, "The streets of Rome pose a daily danger to pedestrians, cyclists, and car and motorcycle drivers who risk serious injuries. If James Bond can be sidelined, imagine the fate of our average resident."

The object of controversy is a beveled, hand-carved cobblestone made from volcanic rock. The sanpietrini — literally, "little St. Peters" — date from the late 16th century when Pope Sixtus V had all the main streets of Rome paved with cobblestones, because at the time they were considered the best pavement for carriage transit.

But in recent decades, there are fewer and fewer sanpietrino craftsmen or workers capable of fixing Rome's high-maintenance cobblestone streets (and sidewalks), which are at best uneven, at worst a series of yawning crevices. Taxi drivers complain of the damage to their spines from bouncing on the uneven streets their entire working day, and motorcyclists stress the damage done to tires. Pedestrians are prone to tripping over the many protruding stones and breaking bones. (You will rarely see a Roman woman wearing stiletto heels in old Rome.) And when it rains, the slippery sanpietrino poses serious dangers for everyone.

The city's public works council made headlines last December when it proposed removing the cobblestones on streets and sidewalks and replacing them with smooth asphalt, which requires less maintenance.

The proposal outraged scholars who say the sanpietrino is an integral part of the Eternal City's history and identity.

While city authorities ponder the issue, the Sam Mendes-directed movie continues shooting in the old streets of Rome. The script reportedly calls for a high-speed chase along the Tiber, with one or more cars flying into the river and James Bond parachuting from a helicopter onto the Ponte Sisto, a Renaissance bridge.

Along with Craig, the movie stars Christoph Waltz, Ralph Fiennes and Italian actress Monica Bellucci, who at 50 plays the oldest Bond girl ever.