Accessibility links
Bangladeshi-American Blogger Hacked To Death In Dhaka : The Two-Way Avijit Roy's writings denounced fundamentalist thought and earned him death threats from Islamist groups. His wife, Rafida Ahmed, who was with him during the attack Thursday, was severely wounded. 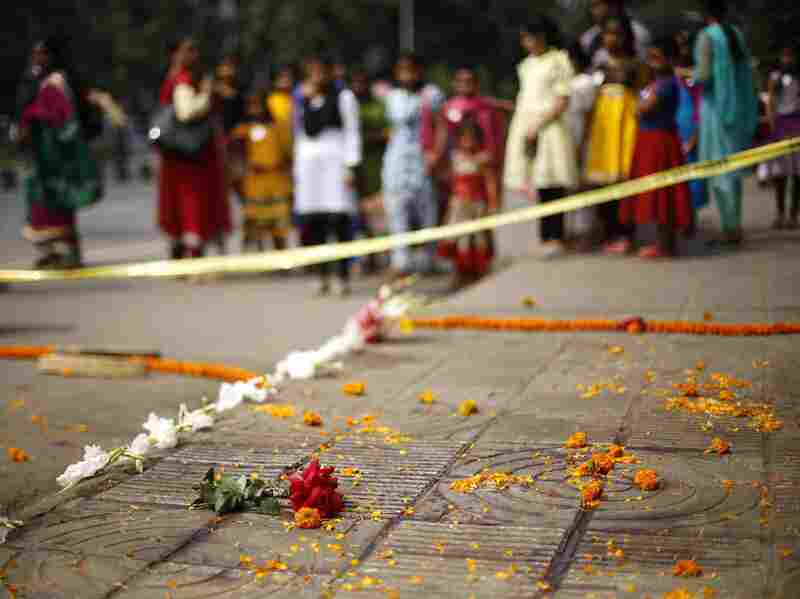 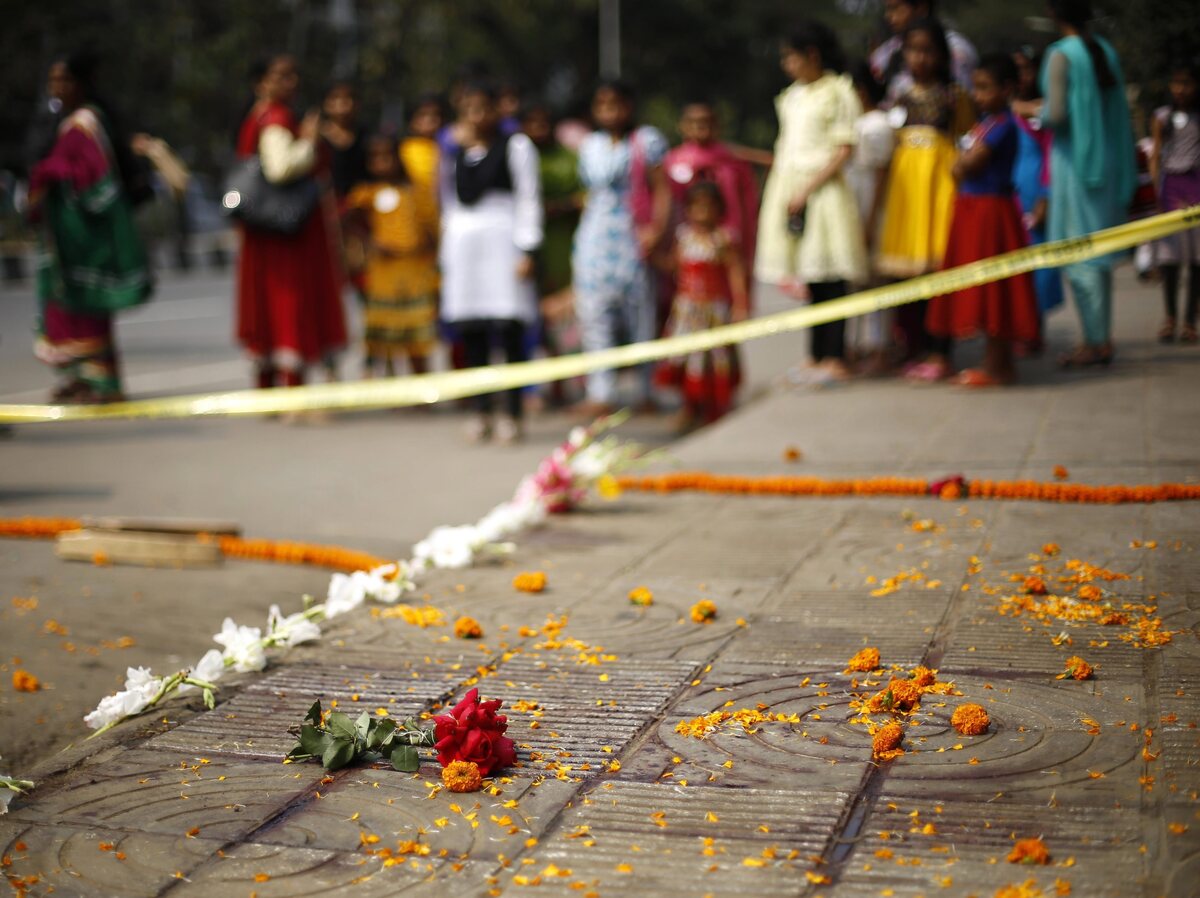 People gather on the spot where Bangladeshi blogger Avijit Roy was killed in Dhaka, Bangladesh, on Thursday.

A Bangladeshi-American blogger, whose writings denounced fundamentalist thought and earned him death threats from Islamist groups, was hacked to death by two attackers in Dhaka, the Bangladeshi capital. Avijit Roy's wife, Rafida Ahmed, who was with him during the attack late Thursday, was severely wounded.

Roy and Ahmed, Bangladeshi-born U.S. citizens, were returning from a book fair when they were attacked on a crowded sidewalk in Dhaka. The Dhaka Tribune newspaper reports that Roy died in hospital from excessive bleeding and an internal brain injury. His wife is reportedly in critical but stable condition. The couple was due to return to the U.S. next month.

The Associated Press reports that Ansar Bangla 7, a previously unknown group, claimed responsibility for the attack, citing Roy's "crime against Islam." Police are investigating the attack, but no arrests have as yet been made.

NPR's Julie McCarthy, who is in New Delhi, India, tells our Newscast unit that Roy had received threats on social media from hard-liners angered by his writing. She says:

"Roy founded the website 'Free Mind,' a congregation of free thinkers, atheists and humanists of mainly Bengali descent. The clash between secularists and Muslim fundamentalists risks destabilizing Bangladesh, where hard-line Islamist groups demand public executions of writers like Roy, the second blogger to be murdered in Bangladesh in two years."

In 2013, blogger Rajib Hyder was killed in nearly the same way, the Dhaka Tribune reported.