Accessibility links
Iraq's National Museum To Open For First Time Since 2003 Invasion : The Two-Way The planned reopening was moved up following the release of a video showing self-declared Islamic State extremists destroying priceless ancient artifacts in the Mosul museum. 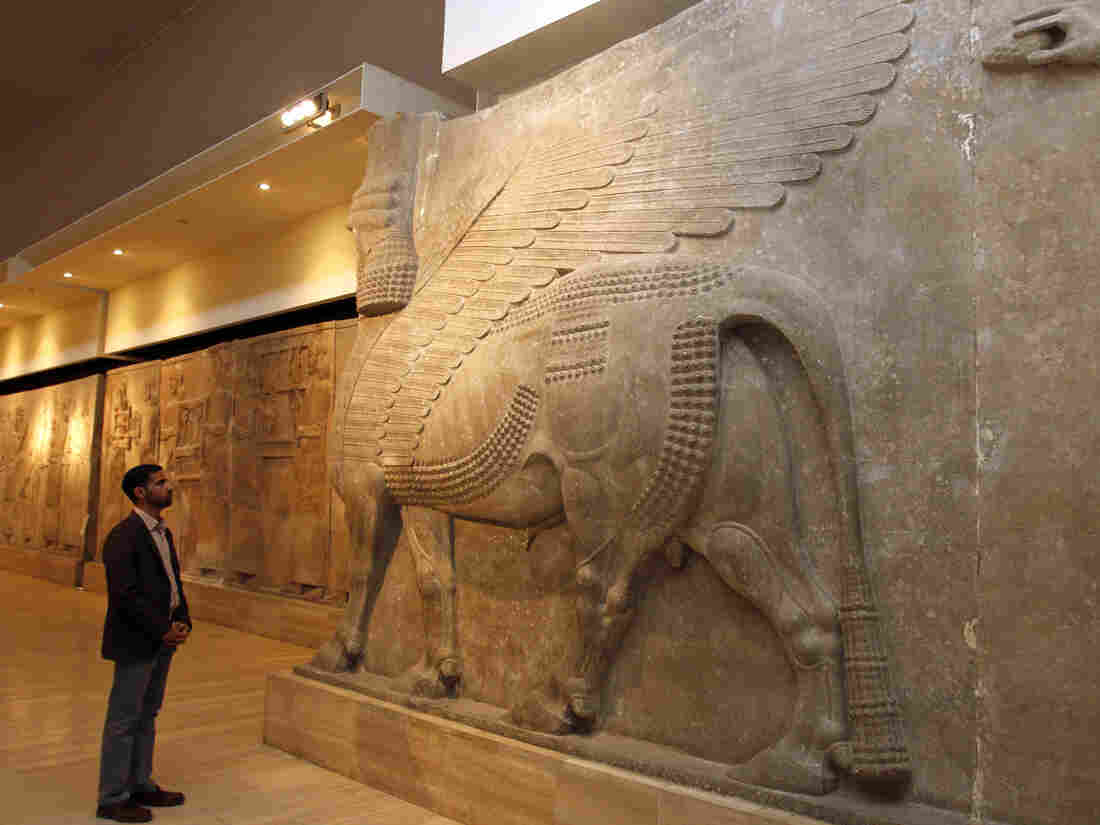 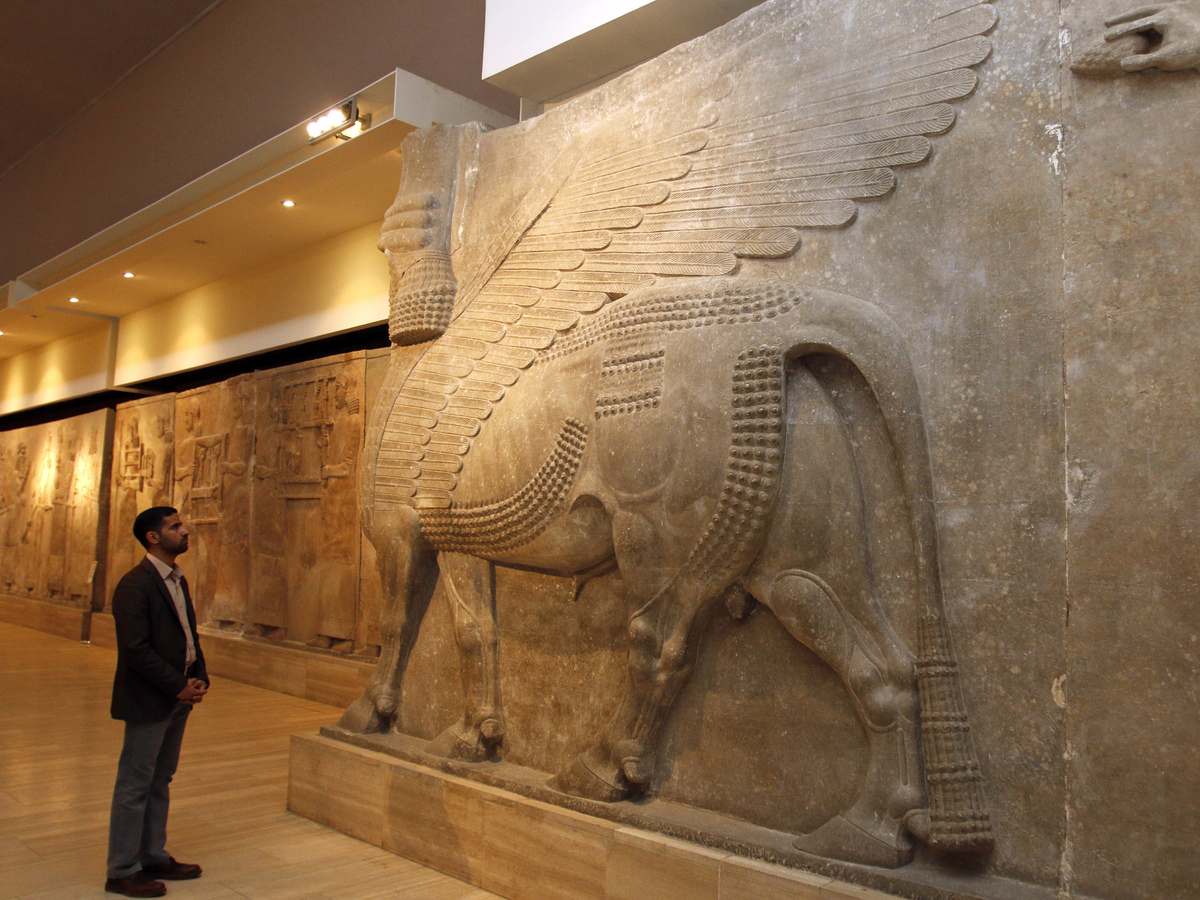 A man looks at ancient Assyrian human-headed winged bull statues at the Iraqi National Museum in Baghdad on Saturday.

Days after video emerged showing self-declared Islamic State extremists taking sledge hammers to pre-Islamic antiquities inside the Mosul museum, the Iraqi government has reopened the country's national museum, shuttered since the 2003 U.S. invasion of the country that toppled Saddam Hussein.

The National Museum's reopening was moved up as a retort to the move by ISIS in Mosul, which has been almost universally condemned as a most uncivilized act in a part of the world widely considered the cradle of civilization.

MT @tounsiahourra: Iraq's national museum has reopened in Baghdad, 12 yrs after it was closed after US-led invasion. pic.twitter.com/jDIhEz6iIo

"The events in Mosul led us to speed up our work and we wanted to open it today as a response to what the gangs of Daesh did," Iraq's Deputy Tourism Minister Qais Hussein Rashid said, using an Arabic acronym for ISIS.

The National Museum, which displays artifacts from the Mesopotamian era, was looted and then closed after the U.S. invasion. Agence France-Presse quotes Rashid as saying that around 4,300 of the roughly 15,000 looted pieces have been recovered in the past 12 years. Authorities are still tracking down more than 10,000 items in markets and auctions.