Accessibility links
With Much Controversy, Boston Begins Removing Parking Space Savers : The Two-Way The near-record winter is testing a longtime Boston tradition of allowing residents to save a parking space they shoveled out 48 hours. The problem is that the snow hasn't stopped falling. 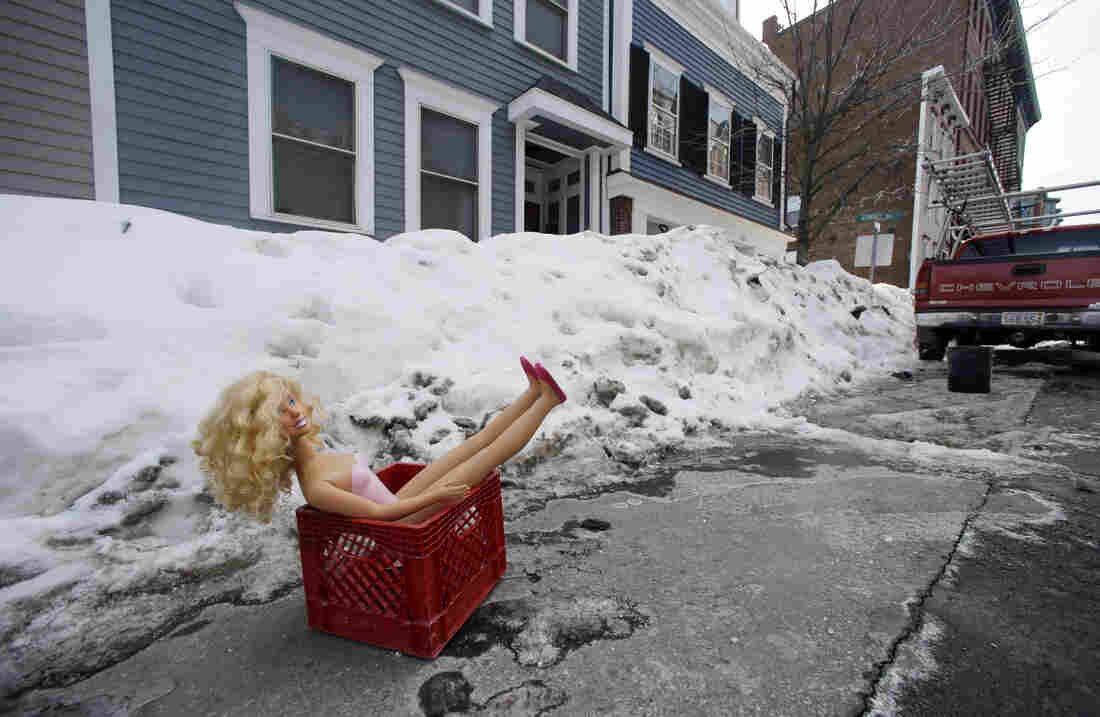 A fashion doll in a milk crate saves a parking space on a residential street in South Boston. Elise Amendola/AP hide caption 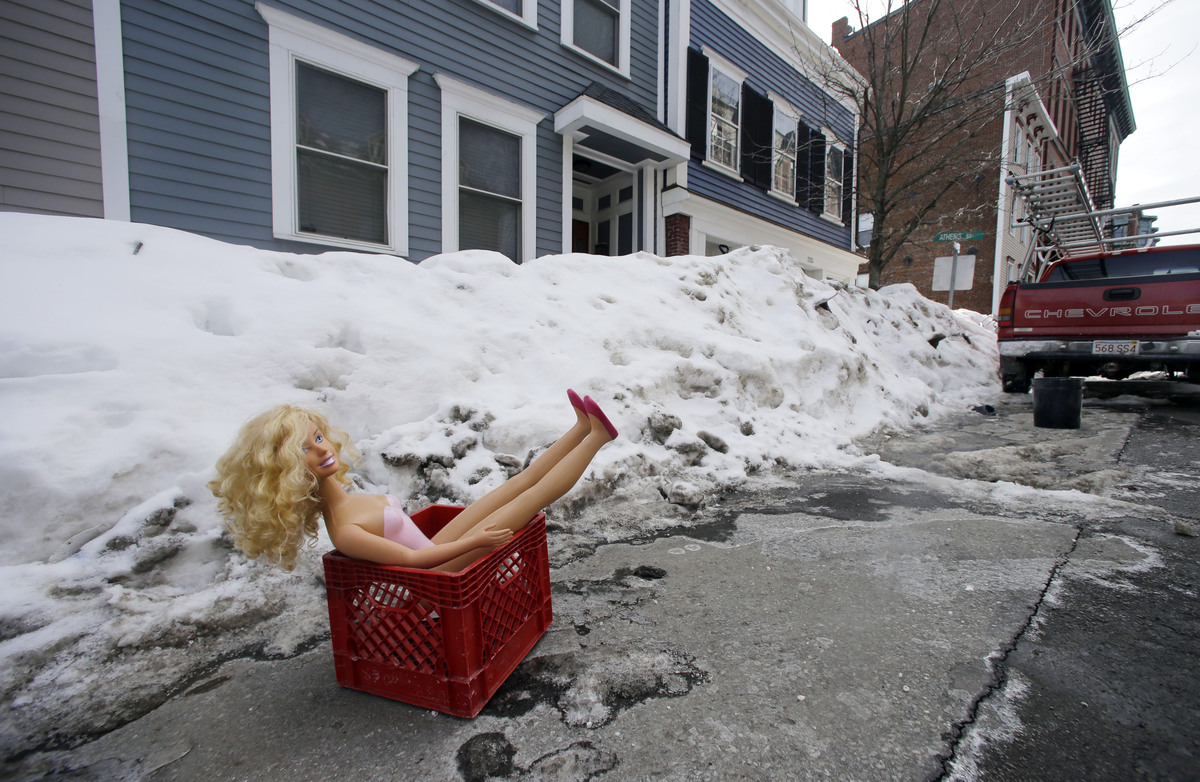 A fashion doll in a milk crate saves a parking space on a residential street in South Boston.

The near-record amount of snow that has fallen on Boston this winter is testing one of the city's great traditions: On orders from Mayor Martin J. Walsh, the Public Works Department began removing parking space savers from city streets on Monday.

In the past, the informal rule has been that whoever takes the time to dig out a parking space gets to keep it for 48 hours. But this year, the city has gotten about 100 inches of snow and those 48 hours have turned into weeks.

Last week, Walsh declared this over and said the trash collectors would also pick up the chairs, the crates, the trash bins and all the other stuff that was being used to block parking spaces.

"I'm asking residents to remain respectful of their neighbors and their property as the process of space saver removal begins, and as we continue to clean up from nearly 8 feet of snow in less than 30 days," Walsh said.

This morning, the city of Somerville, which also bans space-saving, tweeted a picture of the kind of things the city had picked up:

Still more to be picked up, here's a sample of what DPW has removed thanks to your help #spacesaver pic.twitter.com/G287t88IpX

The plan hasn't been popular, The Boston Globe reports:

"George Haskin saved his neighbor's orange cone from a garbage truck with the help of John Burton.

" 'I saved it. I didn't want them to take it. It's ... ridiculous,' said Haskin, who has lived on Monmouth Street for almost two decades. 'The city hasn't even cleared out the snow! I have spent more than $250 to clear out my space because I have a bad heart.'

"The pair also saved a bucket for a neighbor, and said they would both continue to use space savers despite the ban.

"Giuseppe Passanisi said people in East Boston are 'like eagles' when it comes to parking. 'They come right in and they take it right away,' he said, making a swooping motion with his hand."

As the AP reports, past space-saving incidents have resulted in "bare-knuckle tactics," including slashed tires and broken windshields.

We're thinking this may get more complicated later in the week, when a new storm brings more snow to Boston.