Accessibility links
Obama Says Iran Should Commit To 10-Year Freeze Of Nuclear Program : The Two-Way A long-term deal like that, Obama said in an interview with Reuters, would be the best way to assure that Iran does not attain a nuclear weapon. 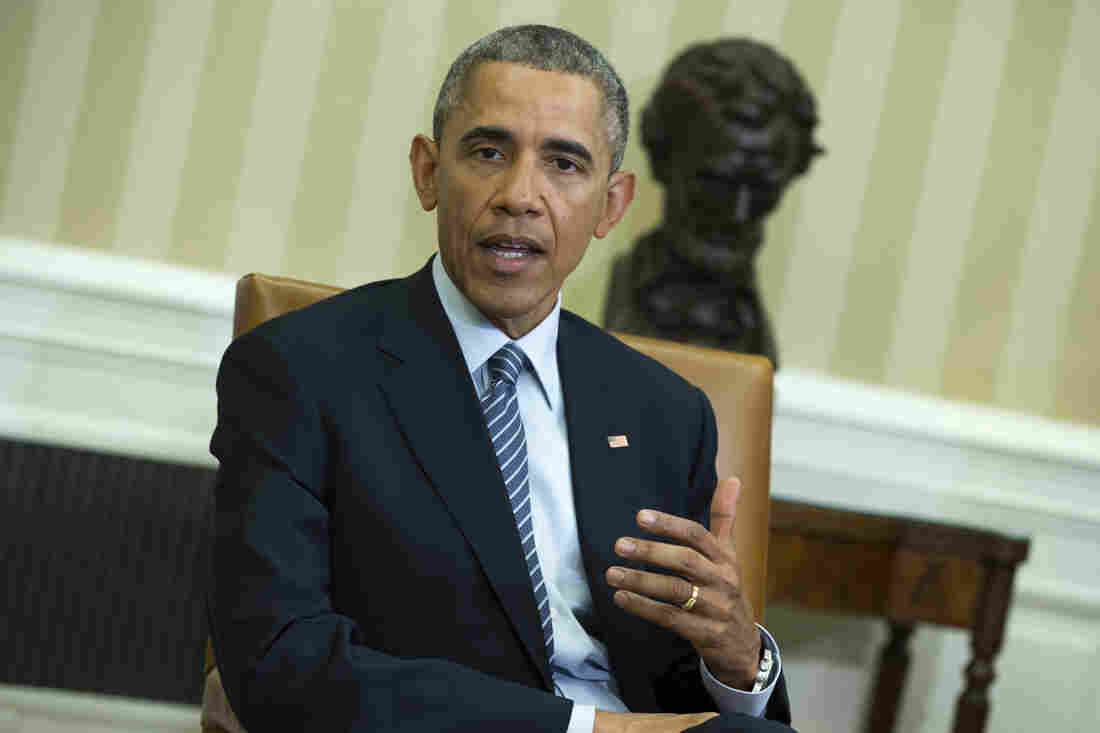 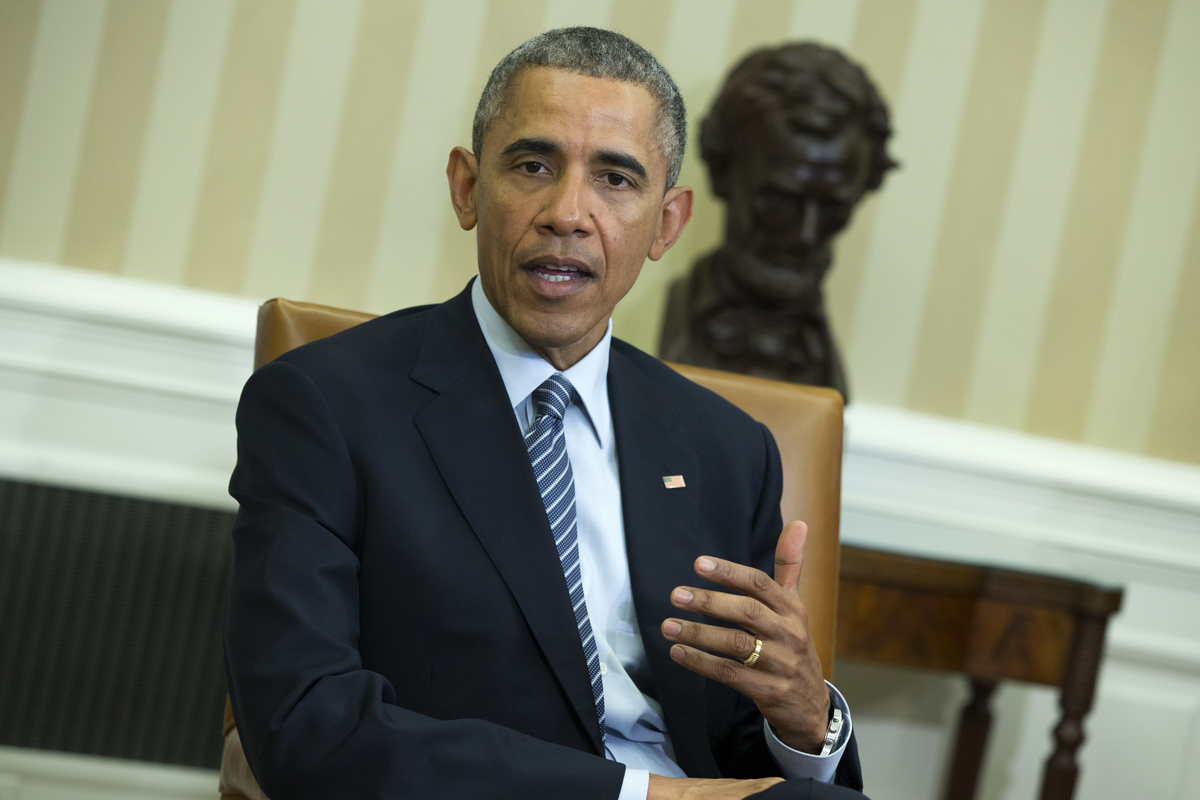 President Obama says reaching a long-term deal with Iran is the best way to assure that the country does not attain a nuclear weapon.

Obama made the comments in interview with Reuters, just a day before Israeli Prime Minister Benjamin Netanyahu is set to speak to a joint meeting of Congress in which he will lay out his reasons for opposing a diplomatic deal with its enemy.

"'If, in fact, Iran is willing to agree to double-digit years of keeping their program where it is right now and, in fact, rolling back elements of it that currently exist ... if we've got that, and we've got a way of verifying that, there's no other steps we can take that would give us such assurance that they don't have a nuclear weapon,' he said.

"The U.S. goal is to make sure 'there's at least a year between us seeing them try to get a nuclear weapon and them actually being able to obtain one,' Obama said."

As we've reported, Netanyahu's speech has become greatly controversial. The White House said it was left out of its planning and eventually said Obama would not meet with Netanyahu because it did not want to appear like it was meddling with the country's upcoming elections.

Reuters asked Obama about that line.

"I don't think it's permanently destructive. I think that it is a distraction from what should be our focus. And our focus should be,'How do we stop Iran from getting a nuclear weapon?' Now keep in mind the prime minister, when we signed up for this interim deal that would essentially freeze Iran's program, roll back its highly enriched uranium - its 20 percent highly enriched uranium - and so reduce the possibility that Iran might breakout while we were engaged in these negotiations, when we first announced this interim a deal, Prime Minister Netanyahu made all sorts of claims. This was going to be a terrible deal. This was going to result in Iran getting 50 billion dollars worth of relief. Iran would not abide by the agreement. None of that has come true.

"It has turned out that, in fact, during this period we've seen Iran not advance its program. In many ways, it's rolled back elements of its program. And we've got more insight into what they're doing with more vigorous inspections than even the supporters of an interim deal suggested."