Accessibility links
Hillary Clinton's Use Of Personal Email At State Department Raises Questions : The Two-Way The arrangement circumvented a process that could have automatically preserved Clinton's email communications in government archives. 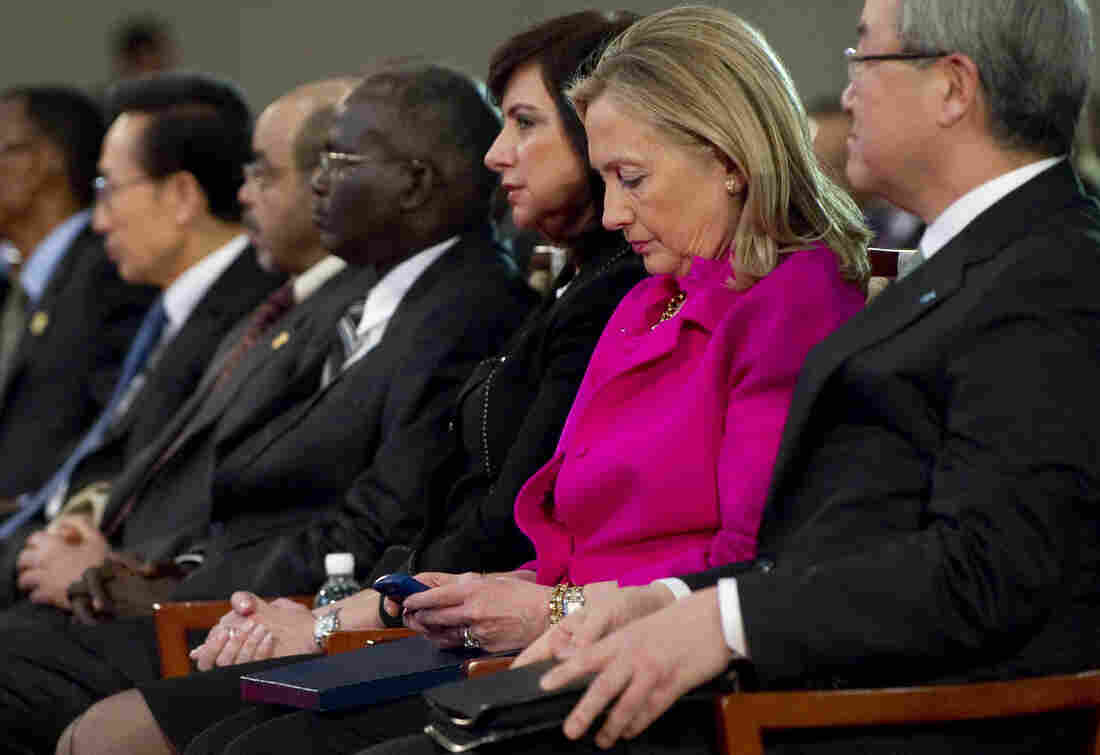 Hillary Clinton, seen here in 2011 during her tenure as secretary of state, used a personal email account instead of an official government account. POOL/Reuters /Landov hide caption 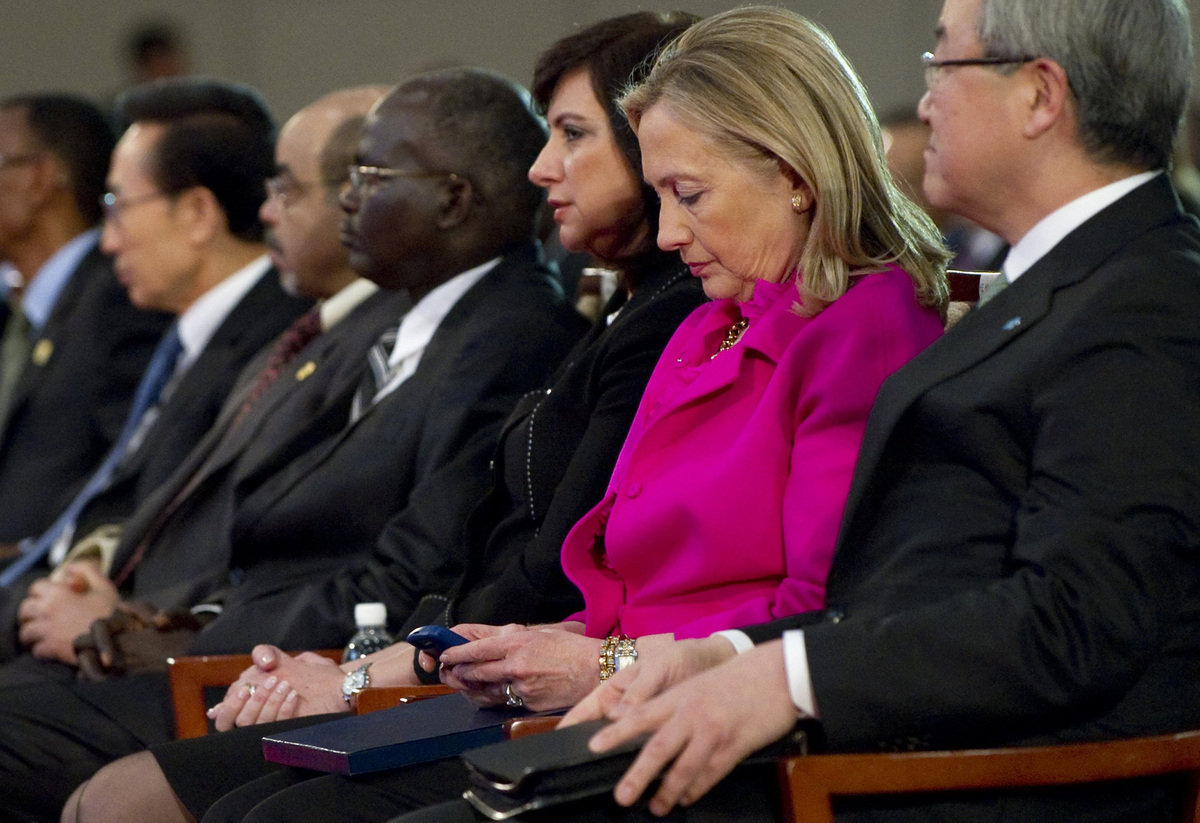 Hillary Clinton, seen here in 2011 during her tenure as secretary of state, used a personal email account instead of an official government account.

During her four years as secretary of state, Hillary Clinton did not use a State Department email account, opting instead to conduct official business through a personal email account that wasn't then and is not now under the government's control.

The arrangement circumvented a federal process that could have automatically preserved Clinton's email communications in government archives.

The New York Times was the first to report the story, saying:

"It was only two months ago, in response to a new State Department effort to comply with federal record-keeping practices, that Mrs. Clinton's advisers reviewed tens of thousands of pages of her personal emails and decided which ones to turn over to the State Department. All told, 55,000 pages of emails were given to the department. Mrs. Clinton stepped down from the secretary's post in early 2013.

"Her expansive use of the private account was alarming to current and former National Archives and Records Administration officials and government watchdogs, who called it a serious breach."

The story is putting new scrutiny on the email habits of top government officials — particularly as a separate report has emerged that during his tenure at the Department of Defense, former Secretary Chuck Hagel did not have an official email account.

Response from DOD to my #FOIA for Hagel's emails: Request closed "as we were advised SecDef does not maintain an official e-mail account."

Rules governing government officials' use of email have evolved in recent years, including part of Clinton's tenure from January of 2009 to February of 2013.

From a summary provided by a senior State Department official:

Responding to the Times story, the State Department says it "has long had access to a wide array of Secretary Clinton's records — including emails between her and Department officials with state.gov accounts."

The department says it is updating its records preservation policies, taking steps that include regularly archiving all of Secretary John Kerry's emails.

"For some historical context," says deputy spokesperson Marie Harf, "Secretary Kerry is the first secretary of state to rely primarily on a state.gov email account."

Other historical context comes from Vox, which says, "this story looks even worse if you transport yourself back to early 2009, when Clinton first became of Secretary of State."

It's not clear what email service Clinton used during her tenure as the top U.S. diplomat or what security measures it might have included.

The Washington Post notes that a "clintonemail.com" domain and related email account was ostensibly linked to Clinton after one of her advisers' email accounts was hacked in 2013.

Citing Internet registry records, the newspaper's Philip Bump notes that the domain "was first created on Jan. 13, 2009 — one week before President Obama was sworn into office, and the same day that Clinton's confirmation hearings began before the Senate."

In addition to Clinton and Hagel, other recent Cabinet-level officials have also made news for their approach to email.

Former Homeland Security Secretary Janet Napolitano famously said she didn't use email at all, once telling a panel on cybersecurity, "I don't have any of my own accounts."

Another federal agency that has come under scrutiny for its email practices is the Environmental Protection Agency, where it was revealed in 2012 that then-Administrator Lisa Jackson was using the alias "Richard Windsor" in emails with government officials.

The EPA said the "secondary account" was meant to help Jackson cut through the many emails that came to the public account that used her real name.

As The Washington Examiner later reported, Jackson's use of the alias led the agency to award "Richard Windsor" a Certificate for Ethical Behavior for three consecutive years.