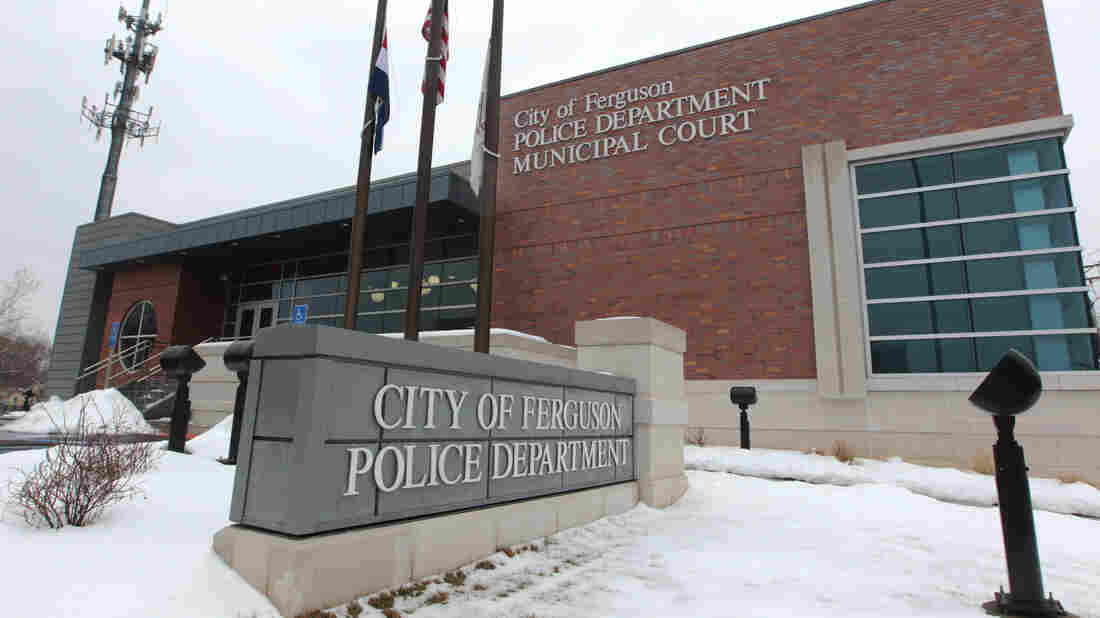 The Ferguson, Mo., police department is criticized in a new Justice Department report. The department says there is no evidence to warrant civil rights charges over the death of Michael Brown last August. BILL GREENBLATT/UPI /Landov hide caption 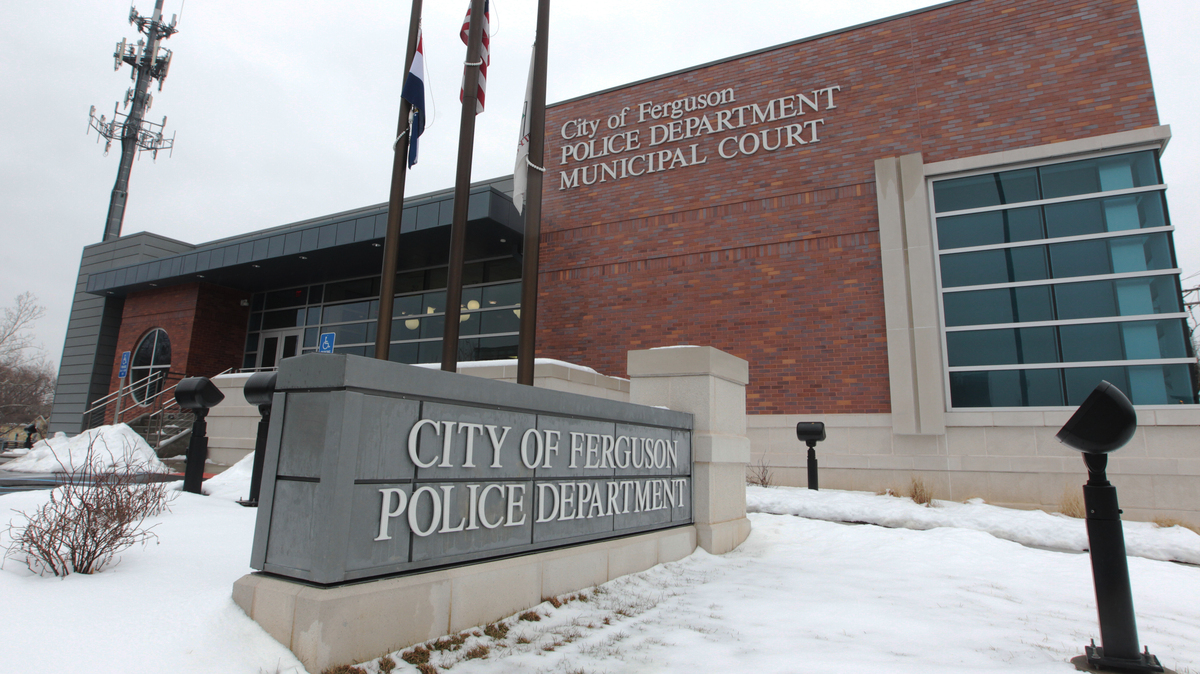 The Ferguson, Mo., police department is criticized in a new Justice Department report. The department says there is no evidence to warrant civil rights charges over the death of Michael Brown last August.

Darren Wilson, the former Ferguson, Mo., police officer who shot and killed Michael Brown last August, will not face federal civil rights charges over the killing. That's according to the Justice Department, which has now released its reviews of both the shooting and the local police department.

While Wilson will avoid federal charges, the Justice Department review found that the Ferguson Police Department engages in "a pattern of unconstitutional policing."

"It is time for Ferguson's leaders to take immediate, wholesale and structural corrective action," Attorney General Eric Holder said in a press conference. "Let me be clear: the United States Department of Justice reserves all its rights and abilities to force compliance and implement basic change."

In November, a grand jury decided not to indict Wilson in the death of Brown, who was unarmed when he was killed on a street around noon on Aug. 9, 2014. That decision was accompanied by a rare release of grand jury documents; it also sparked a new round of protests in Ferguson, a community whose residents had long complained of police abuses of power.

The two documents were released around midday Wednesday.

The report on the shooting concludes that Wilson's actions aren't "prosecutable violations" under the relevant criminal civil rights statute," stating that evidence in the case "does not support the conclusion that Wilson's uses of deadly force were 'objectively unreasonable' under the Supreme Court's definition.

"This is true for all six to eight shots that struck Brown," the report states. It says that witness accounts that portrayed Brown as standing still with his hands raised in surrender "are inconsistent with the physical evidence" or lack other credibility.

In contrast, the report says, Wilson's account of Brown's actions, "if true, would establish that the shootings were not objectively unreasonable under the relevant Constitutional standards governing an officer's use of deadly force."

It adds that "multiple credible witnesses corroborate virtually every material aspect of Wilson's account and are consistent with the physical evidence."

The Justice Department report on Ferguson's police department says that its practices "are shaped by the City's focus on revenue rather than by public safety needs."

That finding jibes with previous reports, including one by NPR that said, "In 2013, the municipal court in Ferguson — a city of 21,135 people — issued 32,975 arrest warrants for nonviolent offenses, mostly driving violations."

The report adds, "Ferguson's police and municipal court practices both reflect and exacerbate existing racial bias, including racial stereotypes. Ferguson's own data establish clear racial disparities that adversely impact African Americans. The evidence shows that discriminatory intent is part of the reason for these disparities."

The Justice Department also states that as a city, Ferguson "has the capacity to reform its approach to law enforcement."

In that effort, the report says, the city could be helped by its relatively small size, which "may offer greater potential for officers to form partnerships and have frequent, positive interactions with Ferguson residents, repairing and maintaining police-community relationships."

In a televised statement, Ferguson Mayor James Knowles said that three of the employees who were found to have sent racist emails were put on administrative leave. One of those employees was later terminated and two are awaiting the result of an internal investigation.

"This type of behavior will not be tolerated," Knowles said.

He added, "We must do better. We must all work to address issues of racial disparity in all aspects of society."

Knowles said Ferguson had already started to hire a more diverse staff and has begun to reform its courts system.