Accessibility links
India Bans Film About Infamous 2012 Gang Rape : The Two-Way The government also says it will investigate how the makers of India's Daughter got permission to interview one of the men convicted of the brutal rape and killing of a 23-year-old woman in New Delhi. 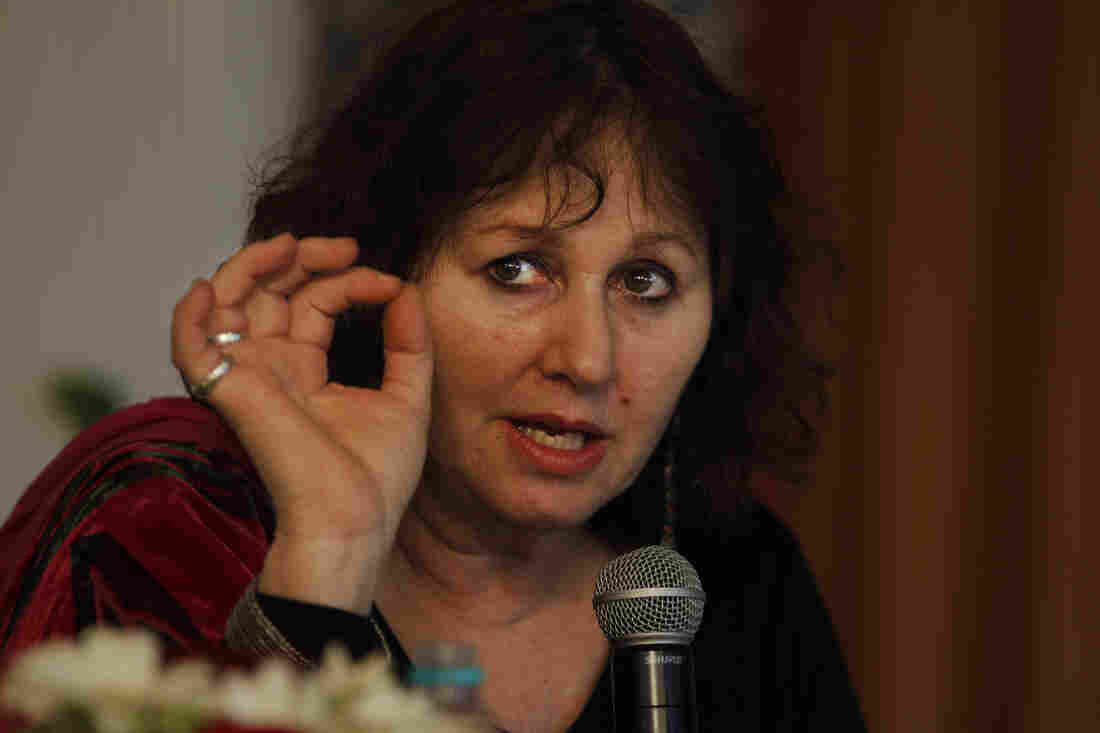 British filmmaker Leslee Udwin addresses a news conference about her film India's Daughter. India has ordered the film not to be shown pending an investigation into how filmmakers were able to interview the men convicted of the deadly rape of a 23-year-old woman in 2012. Altaf Qadri/AP hide caption 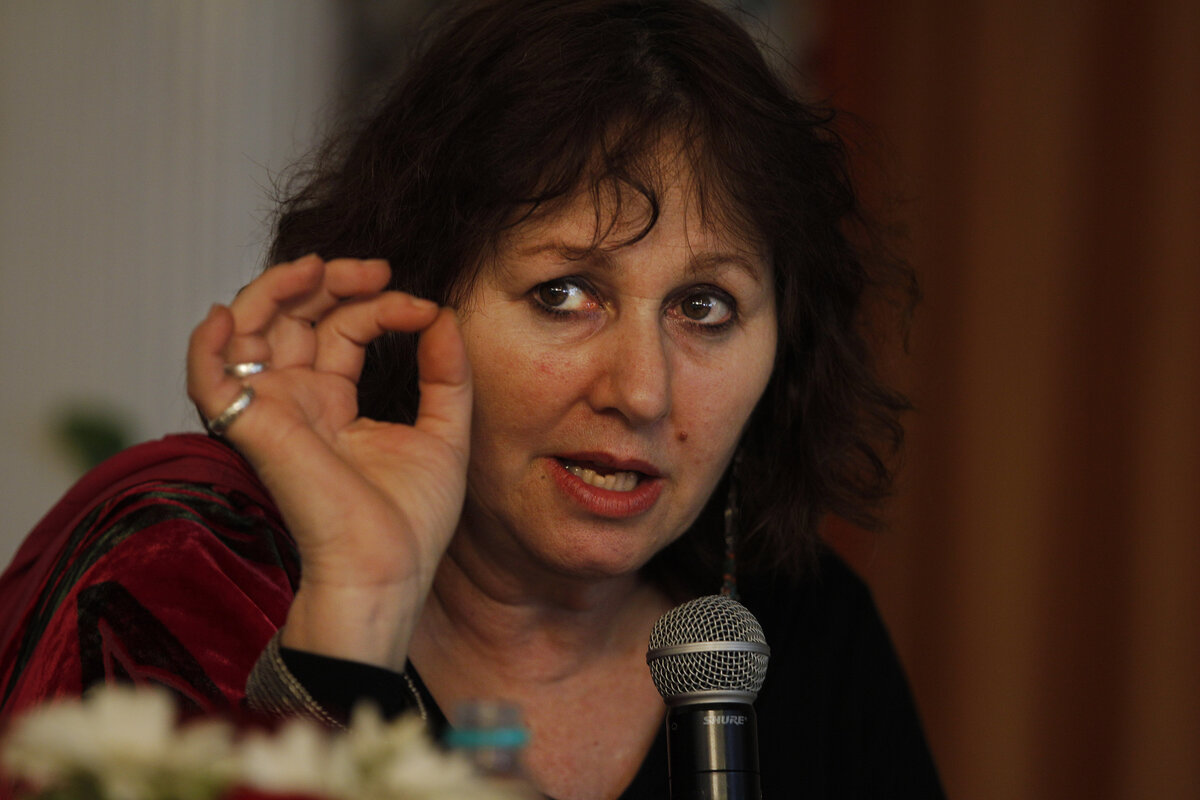 British filmmaker Leslee Udwin addresses a news conference about her film India's Daughter. India has ordered the film not to be shown pending an investigation into how filmmakers were able to interview the men convicted of the deadly rape of a 23-year-old woman in 2012.

India is banning a documentary about the deadly gang rape of a young woman in 2012 amid concerns over remarks made by one of her convicted rapists. The government also says it will investigate how the film crew gained access to him on death row.

At issue is British filmmaker Leslee Udwin film India's Daughter, made for the BBC and India's NDTV, about the rape and killing of a 23-year-old student aboard a bus in New Delhi, the Indian capital. The case horrified the world and put a global spotlight on attitudes toward and violence against women in India.

In excerpts of the film, scheduled to be broadcast in full on March 8, International Women's Day, Mukesh Singh, one of four men sentenced to death for the young woman's rape and murder, places the onus of rape on women.

Singh says: "A girl is far more responsible for rape than a boy" is for rape. And, he adds: "A decent girl won't roam around at 9 o'clock at night. ... Housework and housekeeping is for girls, not roaming in discos and bars at night doing wrong things, wearing wrong clothes."

Those comments prompted outrage in India, though as The Associated Press notes, Singh was "repeating something community and religious leaders in this nation of 1.2 billion routinely say."

The film also interviewed the other convicted rapists, all of whom are appealing their death sentences.

India's government chimed in. Home Minister Rajnath Singh — no relation to the convicted rapist — said the film will not be aired in India and he promised an inquiry into how the filmmakers gained access to the rapists on death row.

"It was noticed the documentary film depicts the comments of the convict which are highly derogatory and are an affront to the dignity of women," he told Parliament. "How was permission given to interview a rapist? It is shocking. I will get this investigated."

And he said the filmmakers had violated part of the agreement by not showing officials all of the unedited interviews.

NDTV pointed out that the filmmakers had taken all the required permission before conducting the interview. And, it said, it "plans to broadcast the documentary on March 8."

But some lawmakers in India's upper house of Parliament criticized the blocking of the film.

"[T]he reality is what the man spoke reflects the view of many men in India and why are we shying away from that? In glorifying India and (saying) we are perfect we are not confronting the issues that need to be confronted," said businesswoman Anu Aga, a member of the chamber.

Writing on NDTV's website, Udwin said she was "deeply saddened" by the controversy, and she urged Indian Prime Minister Narendra Modi "to deal with this unceremonious silencing of the film." She added:

"India should be embracing this film — not blocking it with a knee jerk hysteria without even seeing it. This was an opportunity for India to continue to show the world how much has changed since this heinous crime; sadly, the FIR and the banning of the film will see India isolated in the eyes of the world. It's a counter productive move. Whoever is behind this — please see the film and then come to a conclusion."