Accessibility links
Ringling Bros. Says No More Circus Elephants By 2018 : The Two-Way The "Greatest Show on Earth" has been under pressure for years from animal rights advocates over its use of Asian elephants in its 5,000 annual shows. 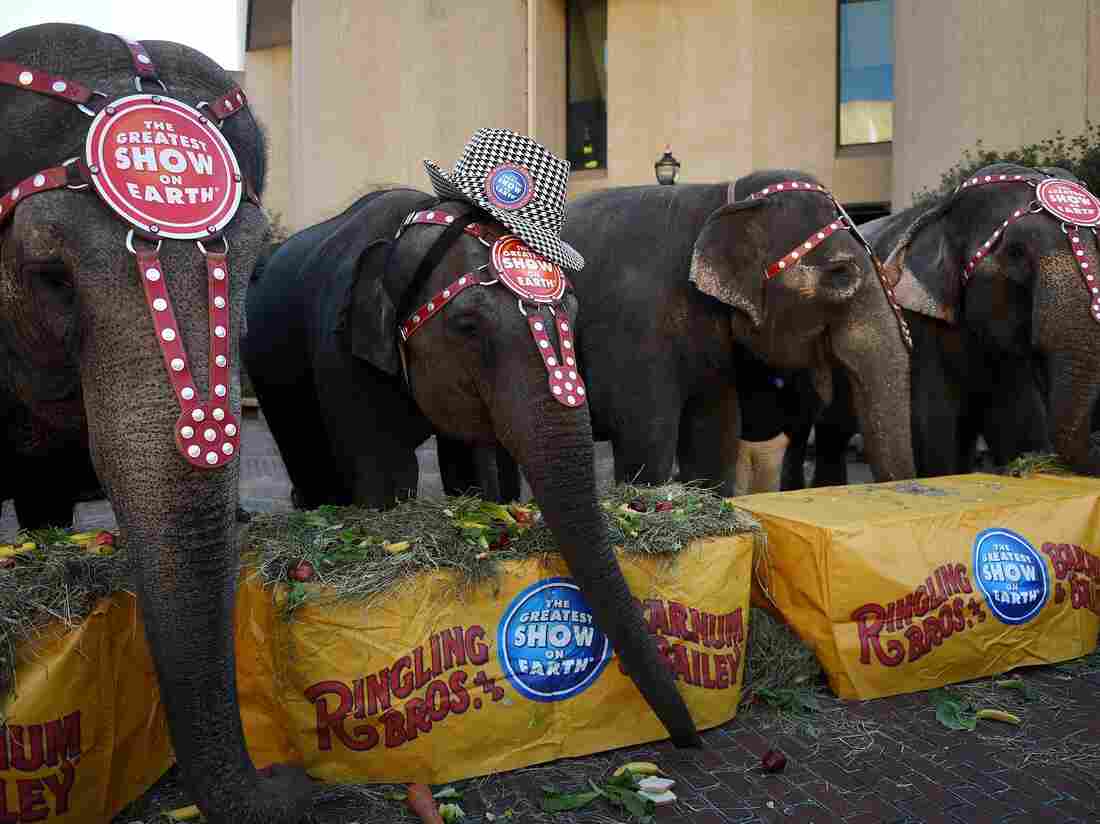 Elephant acts at Ringling Bros. and Barnum & Bailey Circus will be phased out by 2018, the circus' parent company said today. The elephants will retire to a conservation center in Polk City, Fla. Tamika Moore/AL.com/Landov hide caption 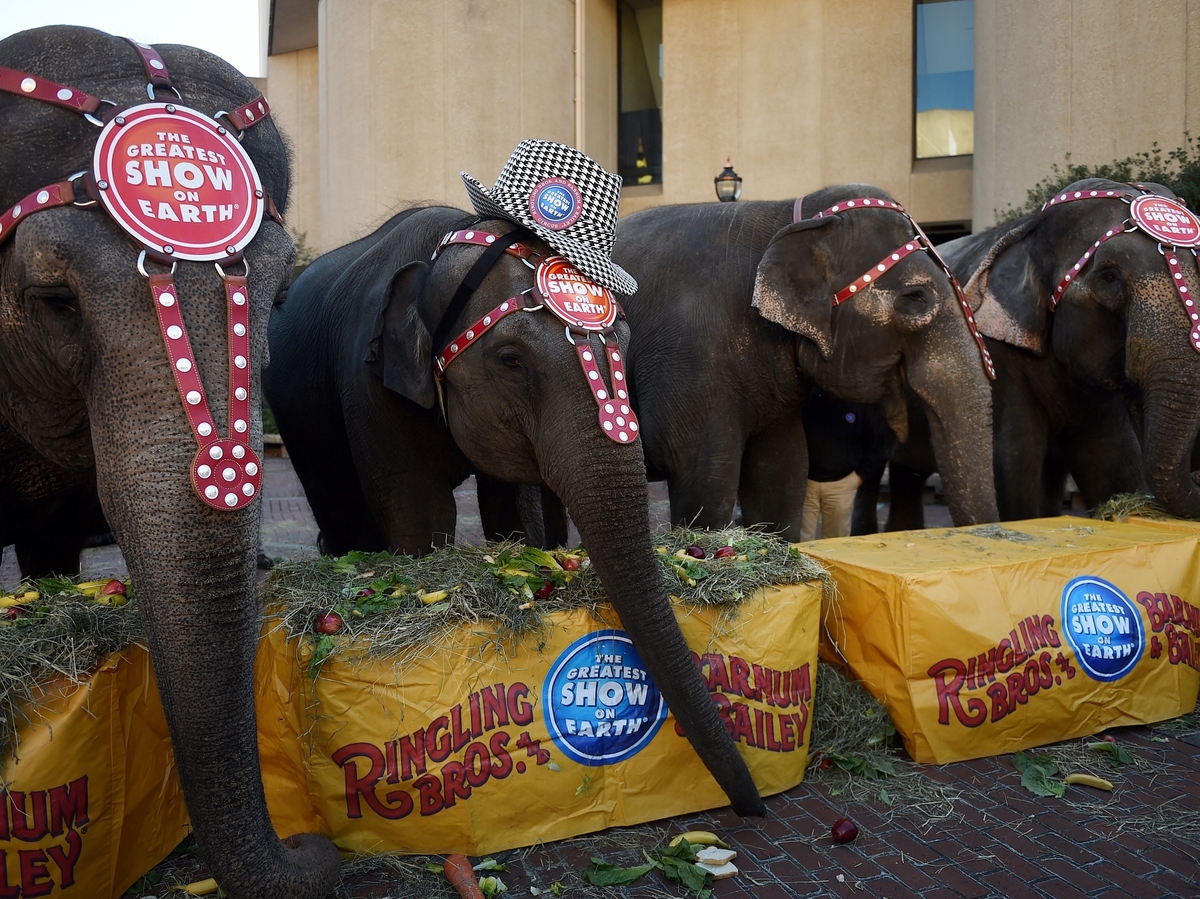 Elephant acts at Ringling Bros. and Barnum & Bailey Circus will be phased out by 2018, the circus' parent company said today. The elephants will retire to a conservation center in Polk City, Fla.

What's the "Greatest Show On Earth" without elephants? Starting in 2018, anyone attending the iconic Ringling Bros. and Barnum & Bailey Circus act will find out.

Citing public concern about the elephants and how they are treated, the circus' parent company, Feld Entertainment, announced today that it would phase out use of the animals in its shows within three years.

Asian elephants, distinguished from their African cousins by smaller ears and a generally more tractable nature, have been a mainstay of the circus for nearly 150 years, USA Today says.

Their use, though, has drawn criticism from animal rights advocates. In 1995, Feld Entertainment established the Ringling Bros. and Barnum & Bailey Center for Elephant Conservation — a 200-acre facility in Polk City, Fla., "dedicated to the conservation, breeding, and understanding of these amazing animals." By 2018, the 13 animals still performing will be retired to that facility, company officials say.

Alana Feld, the company's executive vice president, was quoted by The Associated Press as attributing the decision to "a mood shift among our consumers."

"This was not an easy decision for the Feld family to arrive at," Steve Payne, the vice president of communications for Feld Entertainment, tells NPR's Jackie Northam. "It's been a long, heartfelt thought process, but ... the family decided that removing the elephants from the circus units and bringing them to the Center for Elephant Conservation was in the best interest of the company and, most importantly, the elephants."

The Humane Society of the United States lauded the move.

In an interview with NPR, Humane Society CEO Wayne Pacelle said he believed the change in Feld's long-held stance for keeping the animals in the show resulted from the 2013 documentary Blackfish, which led to intense scrutiny of SeaWorld and its treatment of captive killer whales. He said the documentary had led an "emerging consciousness within the public about the proper treatment of animals."

The decision by Ringling Bros. to phase out the use of elephants in its shows is "almost like the [fall of] the Berlin Wall within the animal welfare [community]," he said.

"[CEO] Ken Feld was just ideologically driven to keep the elephants in the circus, so if he submits, then other business leaders and other forward-thinking people are going to do it, as well," Pacelle said.