Accessibility links
Actor Harrison Ford Injured In Plane Crash; Son Says He's OK : The Two-Way The 70-year-old actor is said to have suffered moderate trauma, when he crash-landed a vintage plane in a Los Angeles area golf course. He was taken to a hospital and he was reported to be conscious. 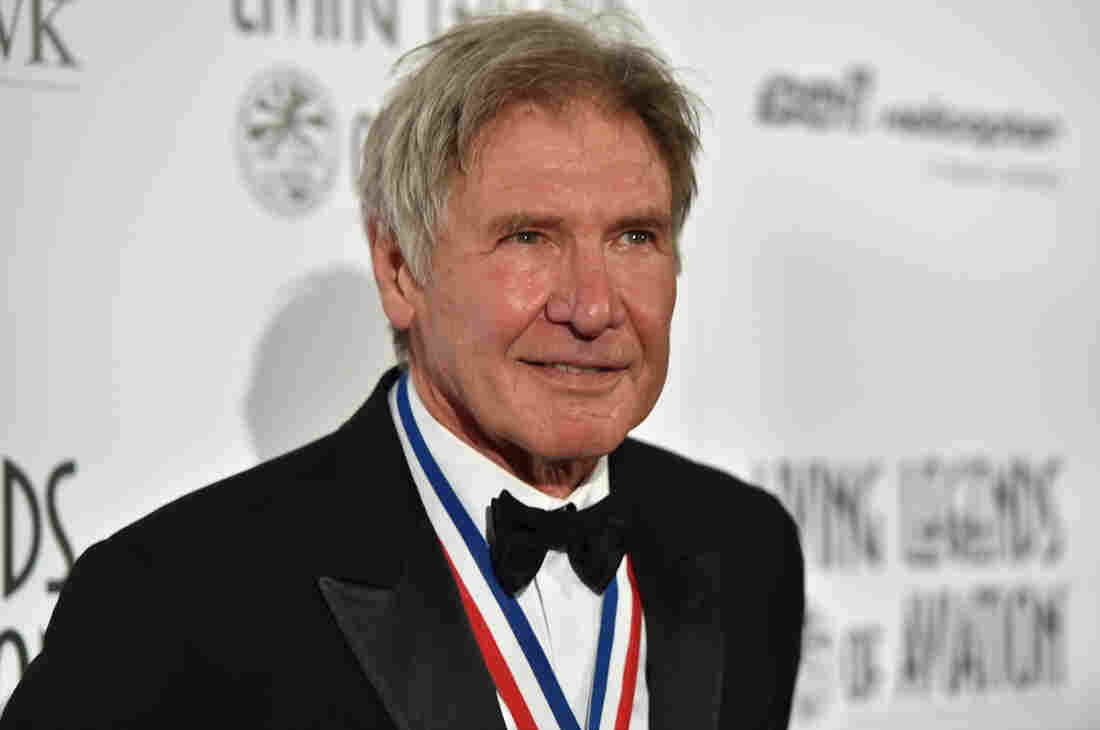 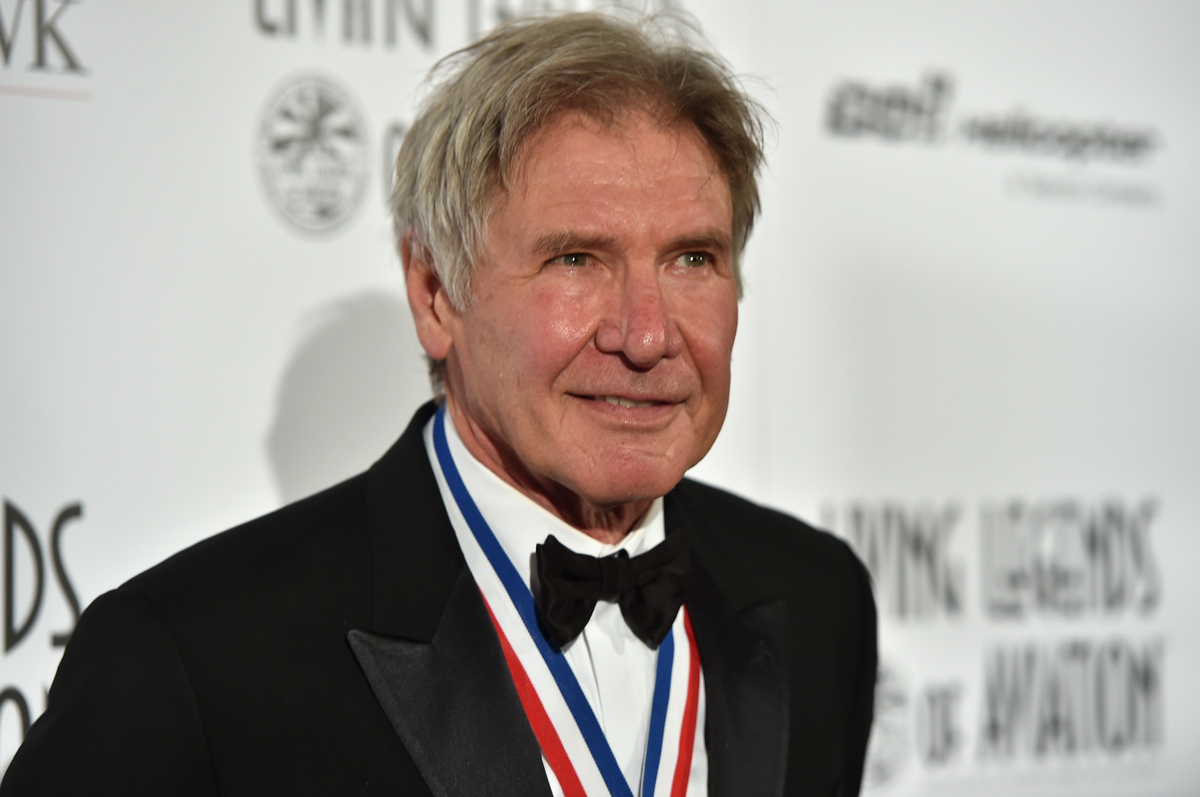 Actor Harrison Ford attends the 12th Annual "Living Legends of Aviation" at The Beverly Hilton Hotel on in January.

The Times reports that Ford was taken from the scene by ambulance.

During a televised press briefing, Asst. Chief Patrick Butler, of the Los Angeles Fire Department, said the man on the plane suffered "moderate trauma" but was "alert and conscious."

TMZ, which obtained audio from a dispatch Ford made to a control tower, reports Ford reported engine failure and requested "an emergency return to the airport."

Variety reports that Ford is in "fair to moderate condition."

"The plane clipped some tree branches and crashed on the golf course shortly after takeoff from Santa Monica Airport, Butler said. An eyewitness, Howard Tabe, an employee at Penmar Golf Course, said he put a blanket under Ford's hip.

"'There was blood all over his face,' Tabe said. 'Two very fine doctors were treating him, taking good care of him.'"

Ford is best known for his role as Indiana Jones in Raiders of the Lost Ark and as Han Solo in the Stars Wars trilogy.