Accessibility links
Nearly 300K New Jobs In February; Unemployment Dips To 5.5 Percent : The Two-Way The Labor Department's latest report follows an especially robust survey for January that showed a gain of about 240,000 jobs. 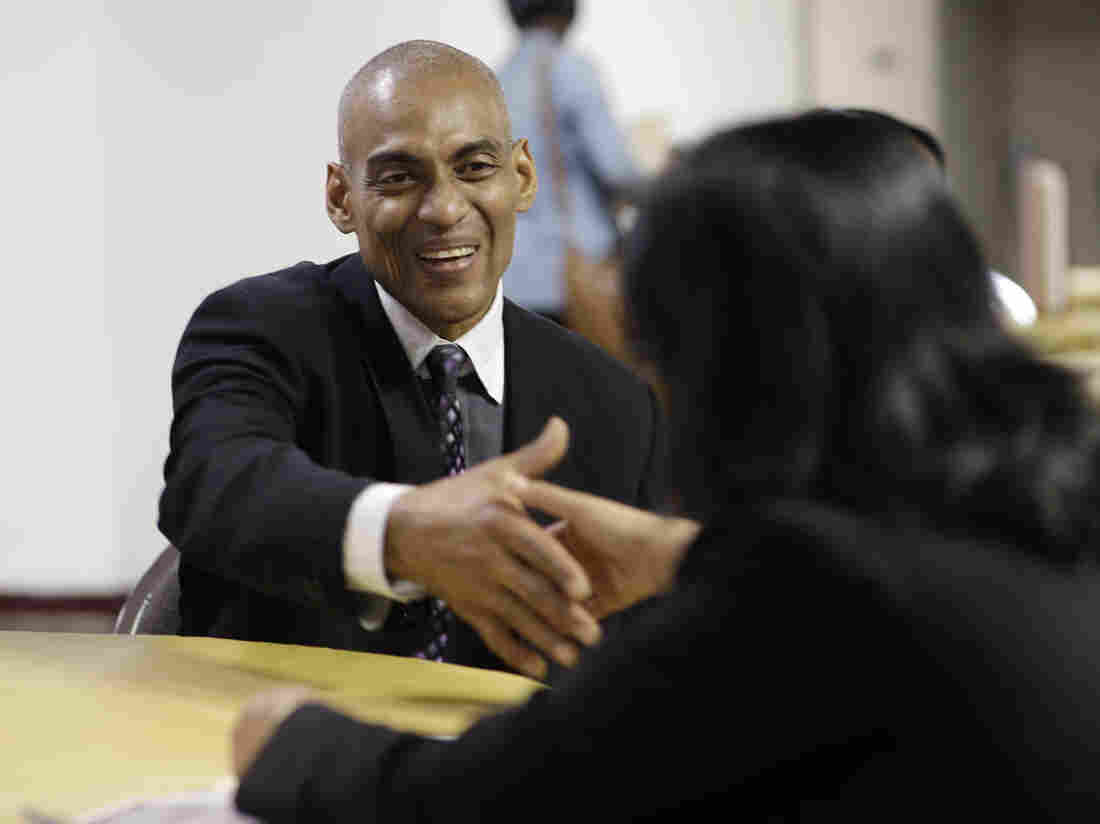 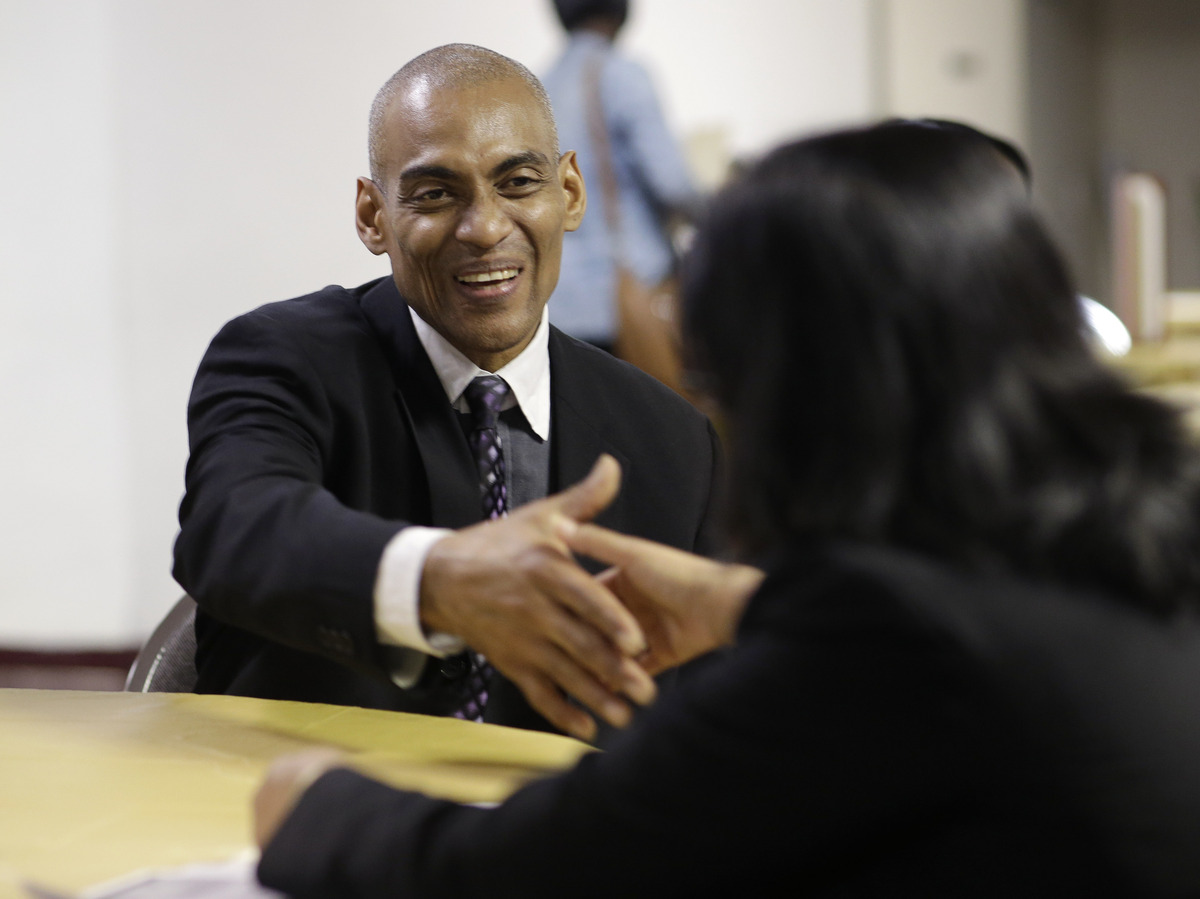 Job applicant Rafael Ferrer, 49, (left) greets a representative of the Hilton Bentley Miami Beach hotel during a job fair at the Hospitality Institute in January.

The U.S. economy added 295,000 jobs last month, according to the Labor Department's monthly survey, and the unemployment rate dropped to 5.5 percent. The latest strong data beat expectations and follow a robust jump the previous month — a sign that the nation's economy is finally picking up steam.

Economists had predicted the economy would add 240,000 jobs in February and that the unemployment rate would notch back down to 5.6 percent, where it stood for December. The slight increase in the rate last month was attributed to strong growth in the labor force.

The average workweek for nonfarm payrolls was 34.6 hours, a figure that has held steady for five months. The average hourly wage rose 3 cents, to $24.78.

As NPR's John Ydstie reported this morning ahead of this morning's release by the department's Bureau of Labor Statistics, the report for January "was stellar on almost every count. It revealed a monthly average for job growth of 336,000 over the previous three months, and it showed strong wage gains after years of disappointing growth."

For February, the Labor Department says more jobs were added in food services and drinking places, professional and business services, construction, health care and in transportation and warehousing.

The latest report comes as the Federal Reserve has signaled that it is likely to raise interest rates, possibly as soon as June, based on the generally more robust U.S. economy and concerns about inflation pressures.

Today's reports shows 51,000 new jobs last month in professional and business services and 29,000 new jobs in construction. Transportation and warehousing added 19,000 jobs, and the retail sector gained 32,000. Over the past year, construction and retail have collectively gained about 320,000 jobs.

Reuters reports from London: "The dollar hit an 11-year high against major currencies on Friday as investors bet the monthly U.S. jobs report would increase the chances of rate hikes, even as the European Central Bank embarks on a 1 trillion euro bond-buying campaign."