Accessibility links
Snowden: Asylum In Switzerland A 'Great Political Option' : The Two-Way The NSA leaker, living in exile in Russia, made the remark while speaking via video link to an audience in Geneva. 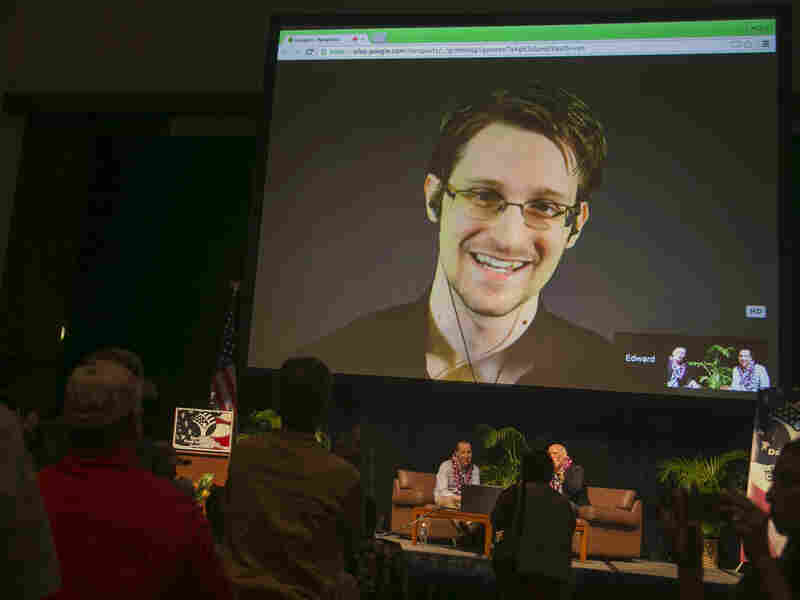 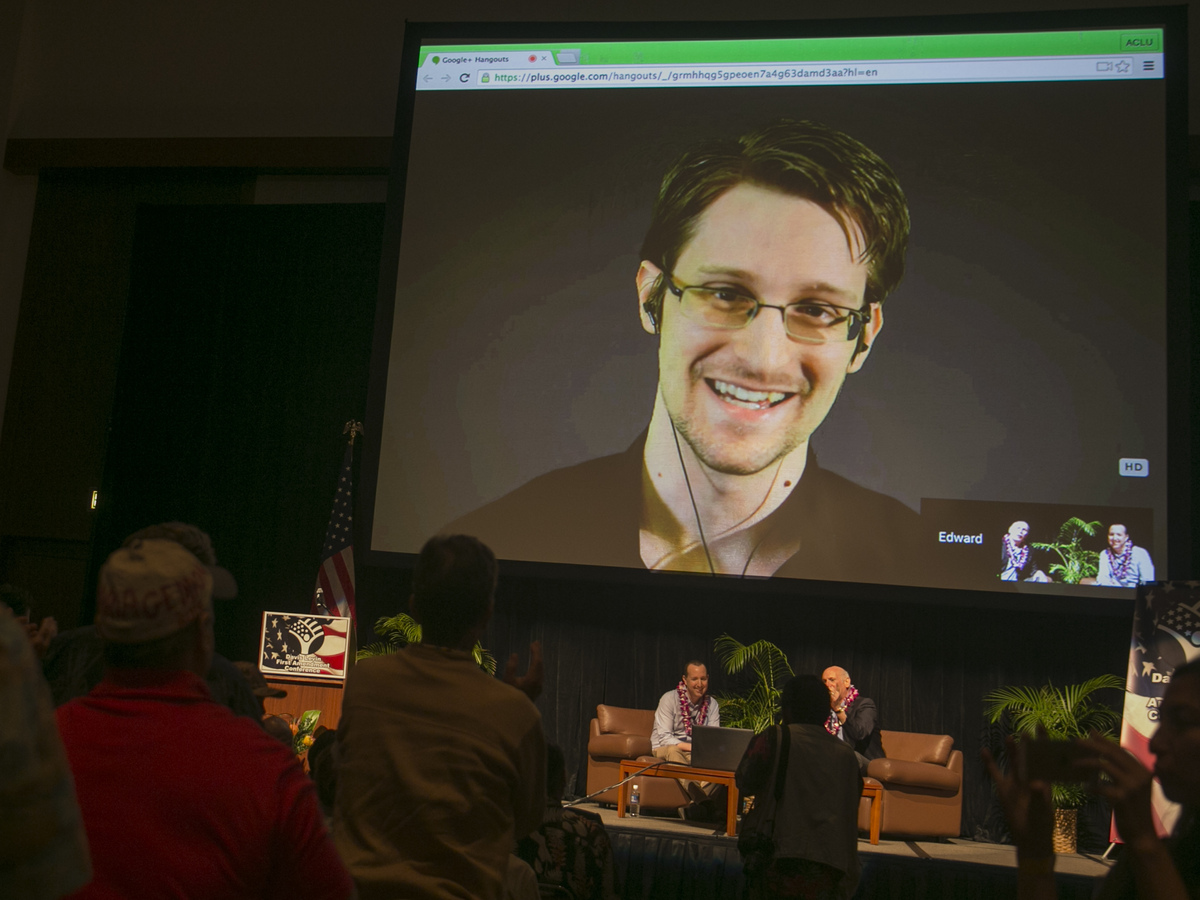 National Security Agency leaker Edward Snowden appears on a live video feed broadcast from Moscow at an event sponsored by the ACLU Hawaii in Honolulu on Feb. 14.

The NSA leaker made the remark as he spoke to an audience in Geneva via a video link from Moscow, where he has been living in exile to avoid U.S. prosecution on espionage charges.

"I would love to return to Switzerland, some of my favorite memories are from Geneva. It's a wonderful place," Snowden told the International Film Festival and Forum on Human Rights, where the Oscar-winning documentary about his case, Citizenfour, was screened.

"I do think Switzerland would be a sort of great political option because it has a history of neutrality," he said.

Snowden, who fled first to Hong Kong in the summer of 2013 after the publication of secrets he leaked on U.S. electronic surveillance, later landed in Russia, where he has lived since.

In recent months, however, he has raised his public profile.

In April, he appeared on Russian television for a question-and-answer with President Vladimir Putin. And, earlier this month, he participated via video link at an event sponsored by the American Civil Liberties Union in Hawaii.

"Unfortunately no country said yes," he said. He accused the Obama administration of "political interference."

Switzerland and the U.S. enjoy a mutual extradition treaty, so it's not clear whether Snowden could remain there. Reuters also notes that "[under] current Swiss laws, an applicant has to be on Swiss territory to lodge an asylum request."

However, Snowden also says he is working with his lawyers to secure a guarantee of a "fair trial" in the United States.

"Unfortunately, the Department of Justice is unwilling to agree," he said. "The only thing they have said at this point is that they would not execute me, which is not the same as a fair trial."

In August of last year, Snowden was granted a three-year Russian residency permit.