Accessibility links
Russia Arrests 2 In Connection With Nemtsov Murder : The Two-Way The exact role of the suspects, both from the insurgency plagued North Caucuses region, is still unclear. Nemtsov, a fierce critic of President Vladimir Putin, was gunned down in Moscow last week. 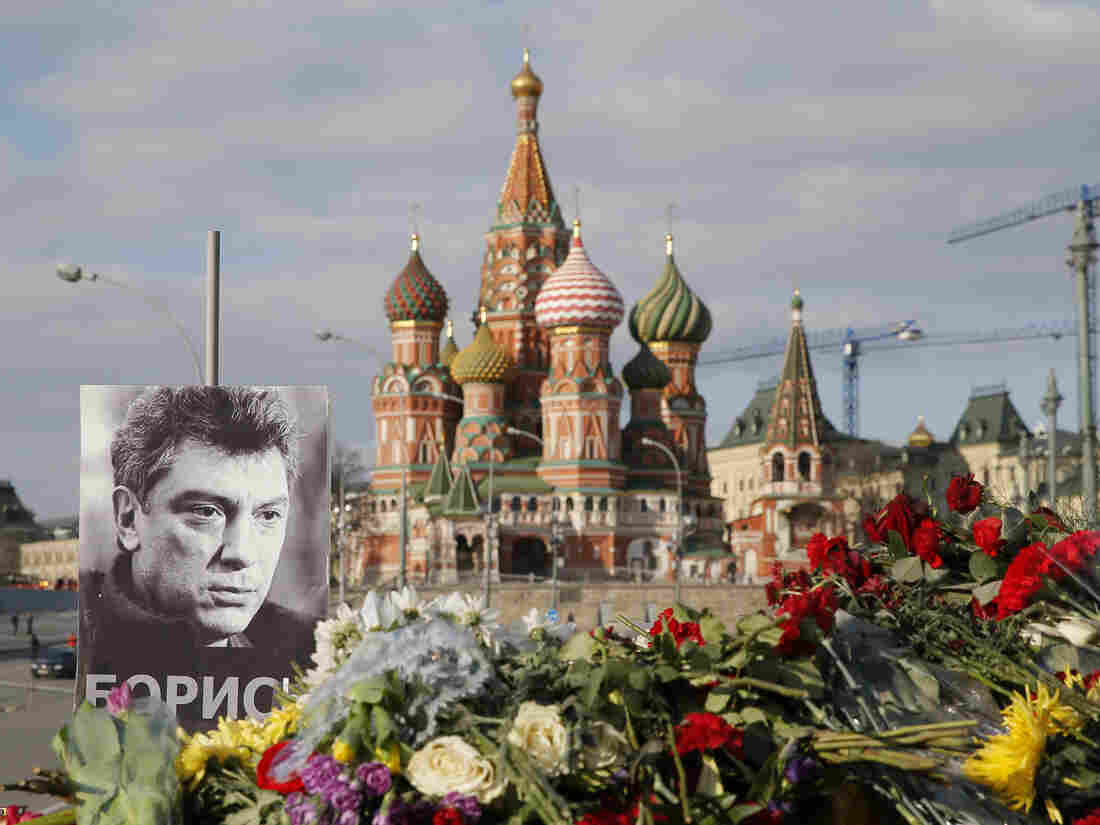 A portrait of Kremlin critic Boris Nemtsov and flowers photographed on Friday at the site where he was killed on February 27, with St. Basil's Cathedral seen in the background. Maxim Shemetov/Reuters/Landov hide caption 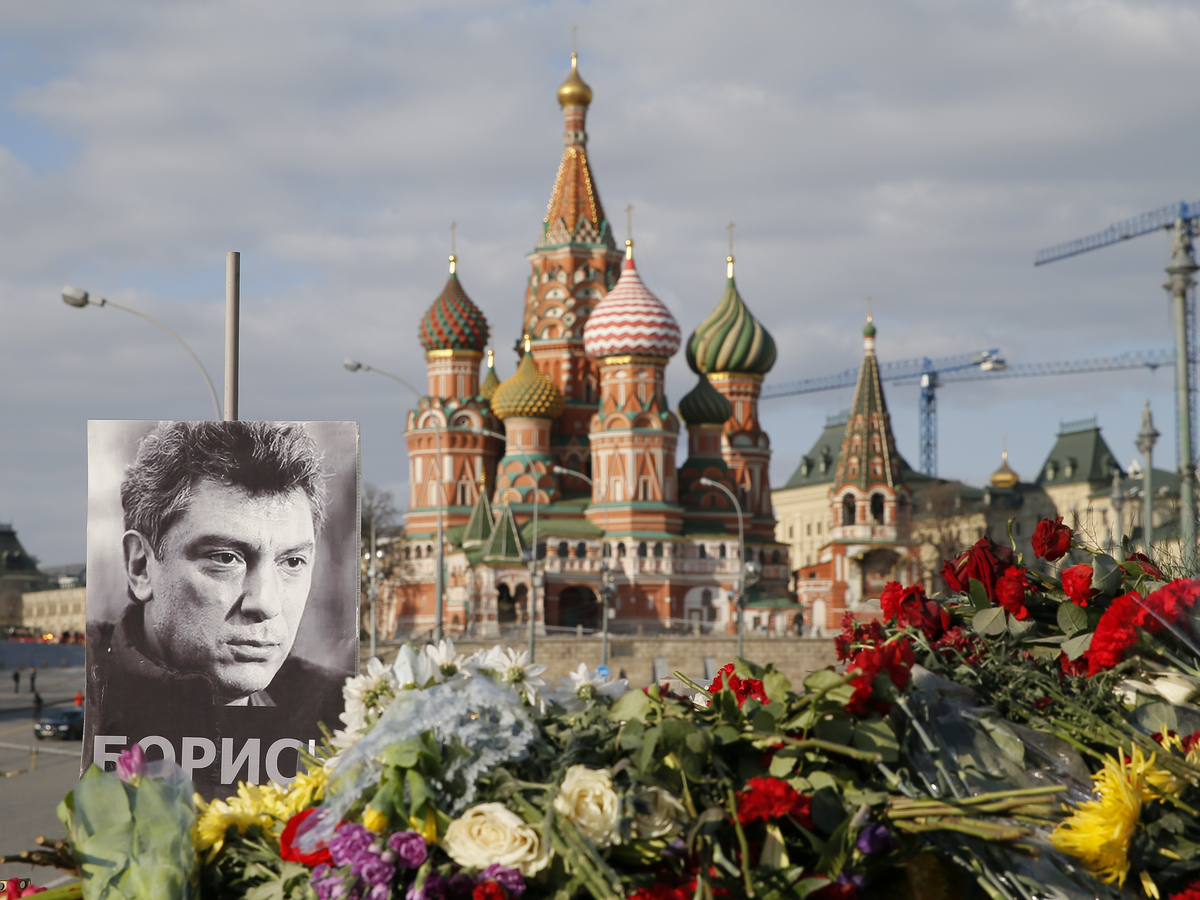 A portrait of Kremlin critic Boris Nemtsov and flowers photographed on Friday at the site where he was killed on February 27, with St. Basil's Cathedral seen in the background.

Two suspects are in custody in connection with last week's murder of Russian opposition leader Boris Nemtsov on a Moscow street, but it is not clear whether either of the detained are alleged to have fired the fatal shots.

Anzor Gubashev and Zaur Dadayev, both from the insurgency plagued North Caucasus region, were arrested in the death of Nemtsov, a 55-year-old businessman and former deputy prime minister who had been a fierce critic of President Vladimir Putin.

The head of Russia's Federal Security Service, Alexander Bortnikov was quoted by state media on Saturday as saying that the arrests were a result of "the work that has been conducted ... in this crime."

NPR's Corey Flintoff, reporting from Moscow, says Russian news media is quoting police as saying that Gubashev and Dadayev were identified with the help of cellphone records and surveillance camera video.

At the time of his death, Nemtsov was organizing a March 1 opposition rally.

As The Guardian notes: "Many believe the killing, which occurred in an area of high security near the Kremlin, would not have been possible without official involvement, and may have been an attempt to intimidate other government opponents."

The Kremlin has denied accusations that it had anything to do with the killing of Nemtsov and Putin has vowed to take a personal hand in leading the investigation and to bring the killers to justice.

The FSS says it is investigating several possible motives, including that Nemtsov's murder was an attempt to smear Putin. Putin himself has called the killing a "provocation."

"Kremlin critics say the spiteful nationalist propaganda on state television, which cast Nemtsov and other liberals as Western stooges, helped prepare the ground for his killing.

"The atmosphere of mad aggression created by the state television ... has signaled that you could do anything to the people expressing a different view, this will benefit the Motherland," Dmitry Muratov, the editor of the Novaya Gazeta, a newspaper critical of the Kremlin, told the AP on Friday."