Accessibility links
Protests After Police In Wis. Kill Unarmed 19-Year-Old Black Suspect : The Two-Way Authorities say an officer was assaulted after responding to a call about reckless driving. The Madison police chief has acknowledged that the suspect was unarmed.

A fatal police shooting of an unarmed 19-year-old black man in Madison, Wis., following what officials say was an altercation with an officer, has sparked outrage among some in the community, who turned out to protest the killing. 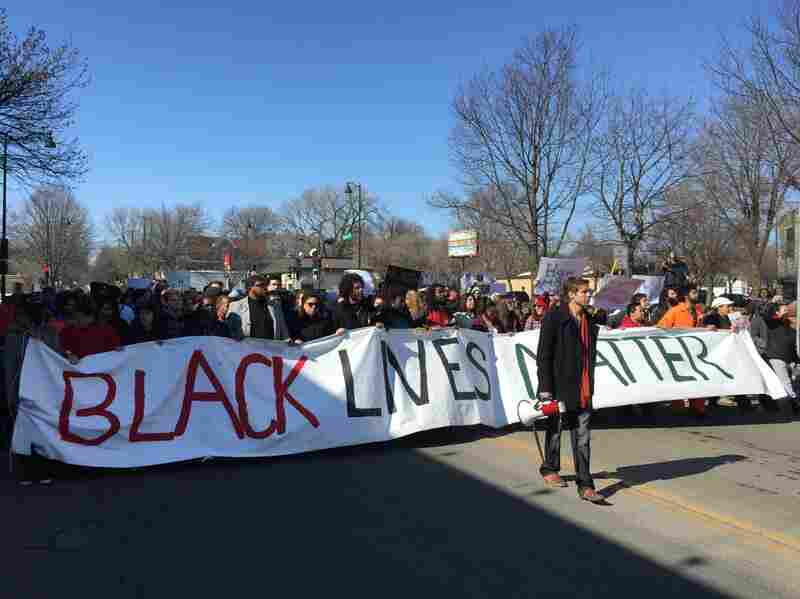 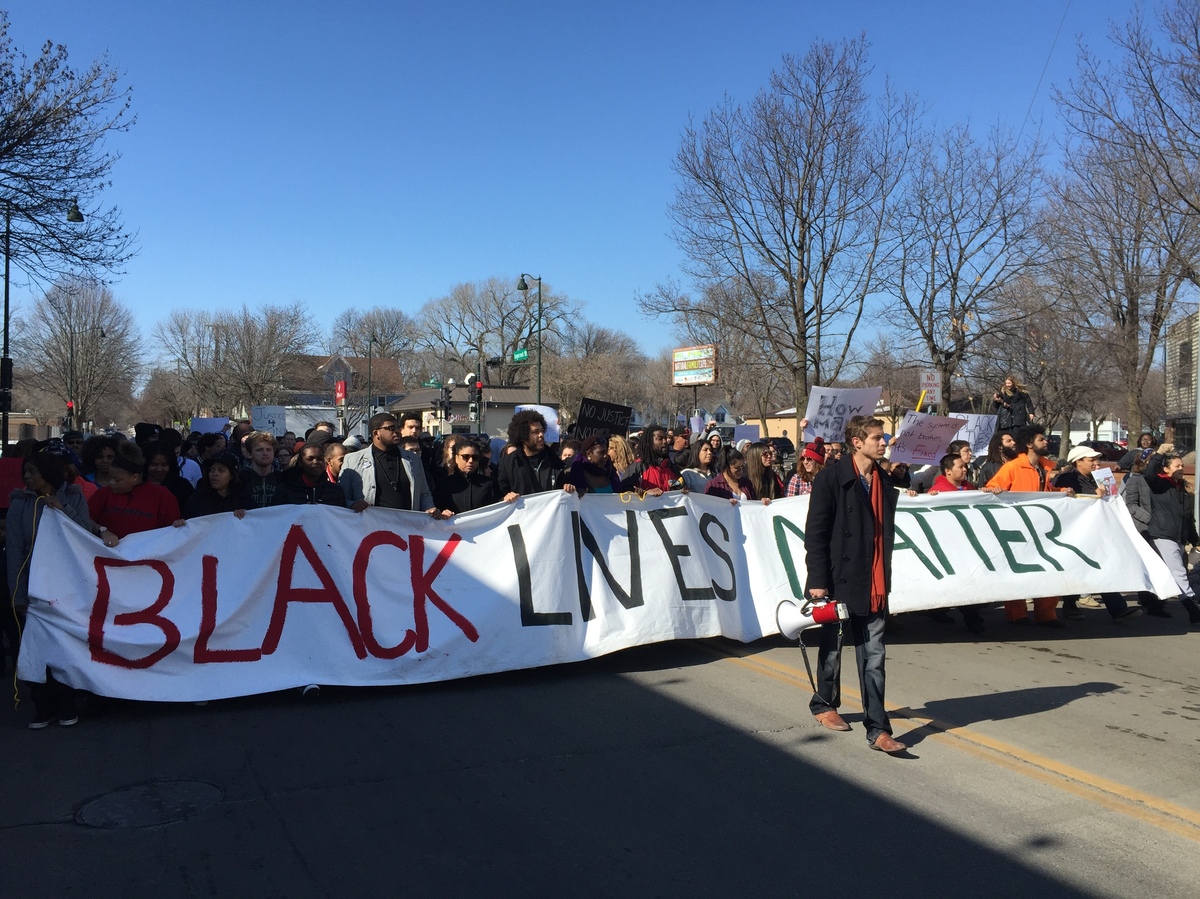 Protesters from the Young, Gifted and Black Coalition marched toward the scene of Saturday's shooting.

The dead man was identified by family members as Tony Robinson, but police have declined to confirm his name.

Although authorities first said it was unclear whether or not Robinson was armed, Madison Police Chief Mike Koval acknowledged later that he was unarmed.

"After the shooting, a crowd of demonstrators and organizers from the Young, Gifted and Black Coalition gathered at the scene and formed a line across Few Street, where police had blocked off the area around the scene of the shooting.

The paper quoted Koval as saying that police were called because "a man, who was responsible for a recent battery, was jumping in and out of traffic and creating a safety hazard." Wisconsin Public Radio quotes Koval as saying the suspect had apparently battered a pedestrian.

"An officer went to an apartment that the man had gone into, heard a disturbance and forced entry, and was assaulted by the man, Koval said.

"'The officer did draw his revolver and subsequently shot the subject,' he said.

"Koval said more than one shot was fired. He said the officer immediately began to administer first aid, as did other officers who arrived at the scene."