Accessibility links
Sam Simon, Co-Creator Of 'The Simpsons,' Dies At 59 : The Two-Way Simon's previous experience as a writer and producer helped make the show a success. And the money Simon made from the animated sitcom allowed him to live much of his adult life as a philanthropist.

Sam Simon, Co-Creator Of 'The Simpsons,' Dies At 59

Sam Simon, Co-Creator Of 'The Simpsons,' Dies At 59 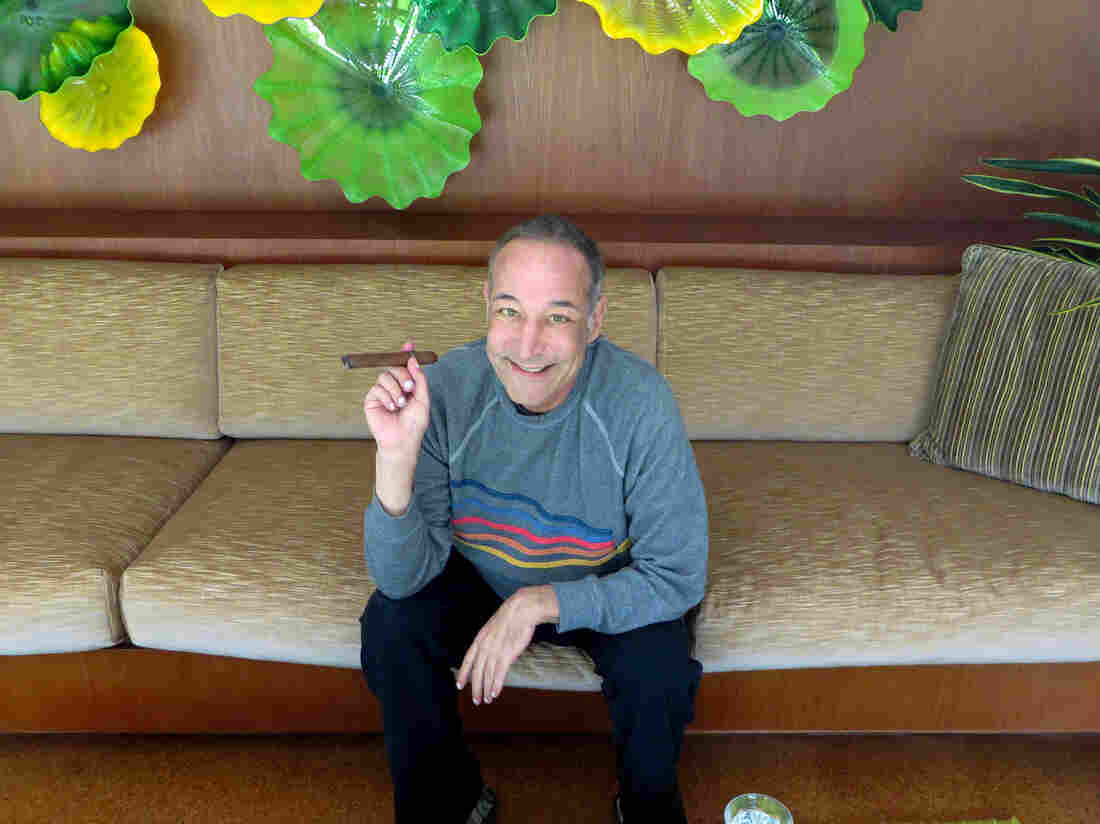 Sam Simon, co-creator of The Simpsons, shown here in 2013 at his home in Pacific Palisades, Calif., died Sunday at 59. Frazier Moore/AP hide caption 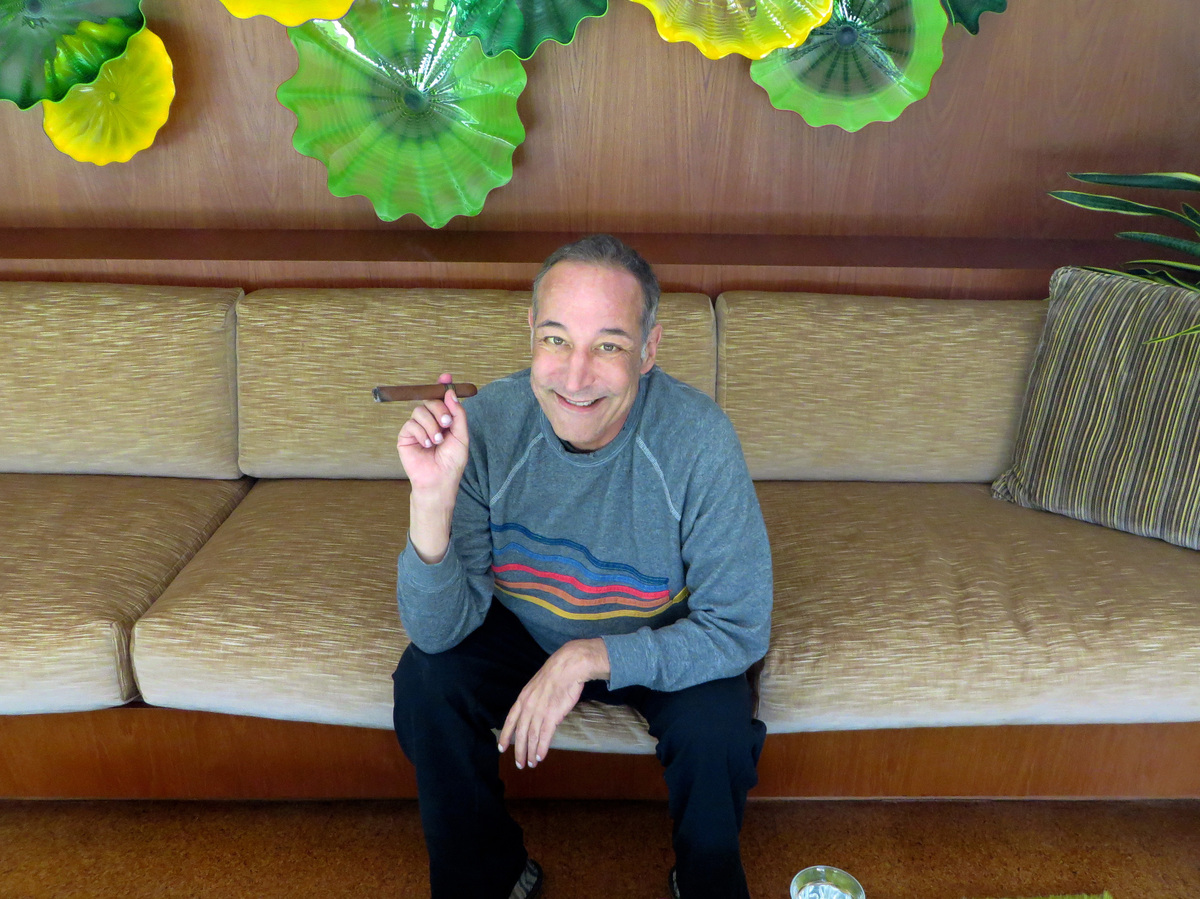 Sam Simon, co-creator of The Simpsons, shown here in 2013 at his home in Pacific Palisades, Calif., died Sunday at 59.

Sam Simon, the philanthropist and multiple Emmy-award winning TV producer and writer who played a key role in making the animated series The Simpsons a success, died Sunday evening at the age of 59, having suffered from colon cancer.

A short statement posted Monday to the Facebook page of his philanthropic organization, the Sam Simon Foundation, announced his death. "It is with much sadness that we must let you know that Sam Simon has passed over," the statement read. "We all miss him, and in his honor, we will continue bringing his vision to light through our work at The Sam Simon Foundation. We take comfort in knowing how many greetings he is receiving across that Rainbow Bridge. We love you Sam!"

Simon was most famous for being the executive producer and co-creator of The Simpsons, one of the most successful animated series of all time. But before he helped make Bart, Lisa, Homer and Marge household names, Simon found success as a writer and producer for the sitcoms Taxi and Cheers. And he took a lot from those shows' playbooks to The Simpsons, hiring many of the show's first writers, helping create a number of The Simpsons' characters, and as the New York Times reports, "informing its sophisticated, multilayered sensibility, one that skewers pieties, sometimes with vulgarity, even as it celebrates family and community."

In a 2009 interview with Stanford University's alumni magazine, Simon elaborated on how he approached the show's creation. "It was largely based on what I didn't like about the Saturday-morning cartoon shows I worked on," he told the magazine. "I wanted all the actors in a room together, not reading their lines separated from each other. The Simpsons would have been a great radio show. If you just listen to the soundtrack, it works." He continued, "I thought some people would like some aspects of it, but I wasn't sure how many would come along for the full ride. It turned out I was incredibly wrong. Homer is now the prototype for every male lead on a comedy show."

Simon left The Simpsons after just four seasons but kept the title of executive producer and continued to make royalties from the show for years, according to The New York Times.

That fortune allowed Simon to devote millions to feeding the hungry and rescuing stray dogs through his Sam Simon Foundation. In 2013, Simon was diagnosed with terminal colon cancer. After his diagnosis, Simon pledged to donate almost all of his Simpsons royalties to charity.

After his death, tributes poured in from the television world. The Simpsons' show runner Al Jean said in a tweet, "A great man; I owe him everything." The show's co-creator James L. Brooks said of Simon, "He was truly one of the great ones. He found so much outside the work to give him pleasure and left so much behind for others."

Tributes came in from more than just television personalities. People For The Ethical Treatment Of Animals, or PETA, posted a tribute video on its website, and said of Simon, "The animals have lost a true ally and a sharp and honest tongue." PETA says Simon worked with the group to "close bear pits, rescue an abused elephant in India, send lone roadside zoo chimpanzees to a sanctuary, and find homes for hundreds of chinchillas, a camel, and even a 'gay' bull..." The organization even named its Norfolk, Va., headquarters after Simon.

According to the Los Angeles Times, Simon was born in Los Angeles on June 6, 1955, attending Beverly Hills High School and majoring in psychology at Stanford University. Besides working on Cheers, Taxi and The Simpsons, the LA Times reports Simon also worked on animated shows The New Adventures of Mighty Mouse, Heckle & Jeckle and Fat Albert and The Cosby Kids, and directed on Men Behaving Badly, Friends and The Drew Carey Show.