Accessibility links
Clinton Says She Didn't Save Personal Emails From Her State Department Tenure : The Two-Way The former secretary of state says the law allowed her to use a personal account for correspondence. But, she said, looking back "it would have been smarter" to use separate email accounts. 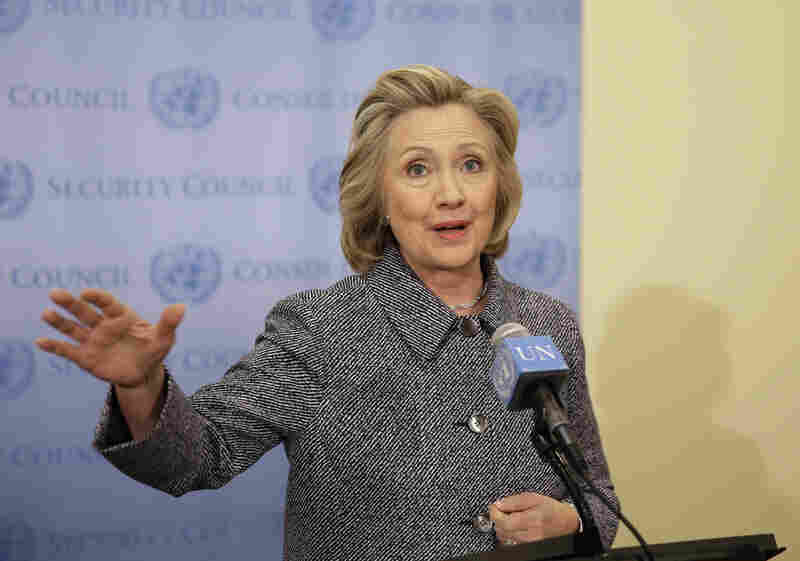 Former Secretary of State Hillary Clinton speaks to reporters Tuesday at United Nations headquarters, where she said she chose to use a personal email account for government business out of convenience. Seth Wenig/AP hide caption 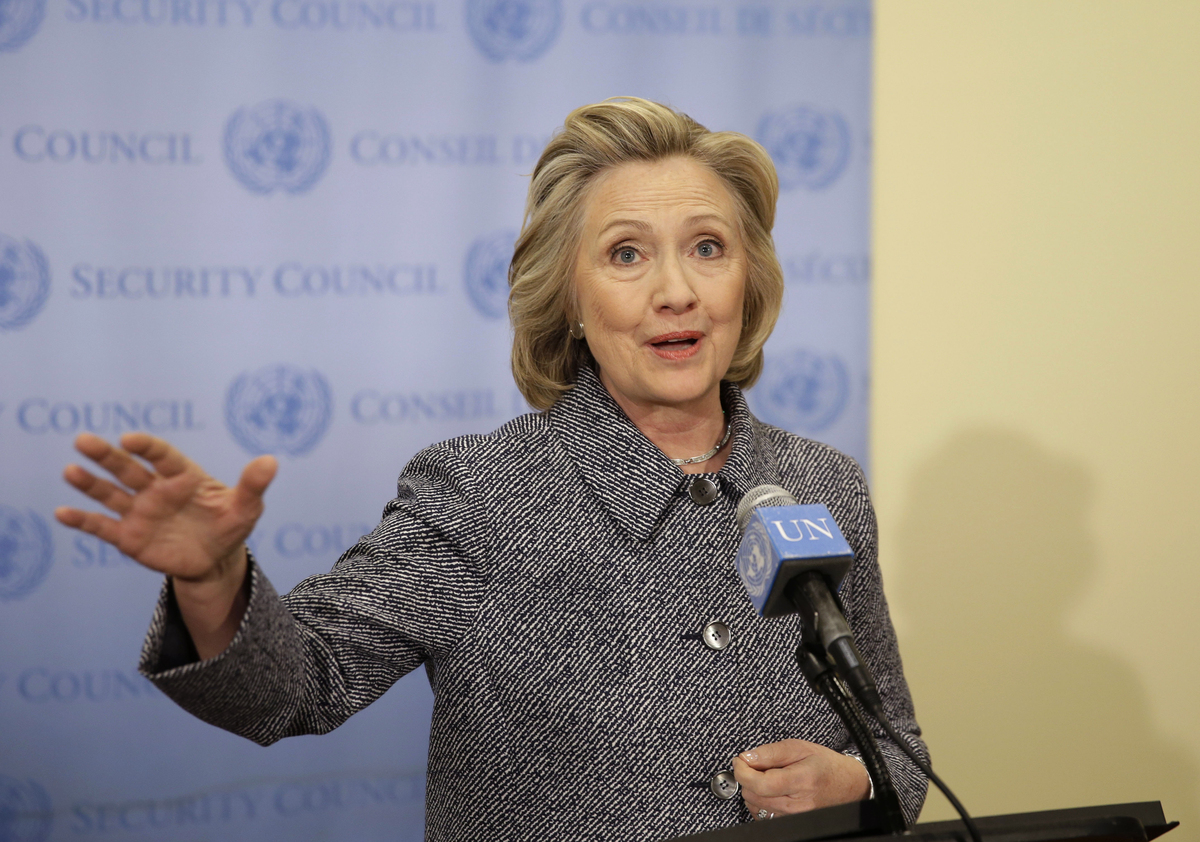 Former Secretary of State Hillary Clinton speaks to reporters Tuesday at United Nations headquarters, where she said she chose to use a personal email account for government business out of convenience.

Former Secretary of State Hillary Clinton, who has been under fire for her use of a personal email address while in office, said Tuesday she "chose not to keep personal emails" from her tenure at the State Department, but that she turned over 55,000 printed pages of her official correspondence to the department.

At a news conference at the U.N., Clinton said the personal correspondence included emails about planning her daughter Chelsea's wedding, preparations for her mother's funeral and her yoga schedule.

"No one wants their personal emails made public, and I think most people understand that and respect that privacy," she said.

Clinton, a presumptive Democratic candidate for the 2016 presidential election, said all her work-related correspondence was "captured and preserved immediately on the system at the State Department." And, she added, none of her work-related emails were deleted.

"I have absolute confidence that everything that could be in any way connected to work is now in the possession of the State Department," she said.

The department, as NPR's Michele Kelemen tells our Newscast unit, is reviewing 55,000 pages of emails turned over by Clinton's staff. Once redacted, according to government regulations, they will all be posted online.

Clinton's remarks Tuesday come a week after it was revealed she exclusively used personal email to handle official business when she was secretary of state, raising questions both about the practice's legality and its effect on federal archiving.

Clinton reiterated that the practice was legal — and noted that she "did not email any classified material to anyone on my email."

"Looking back, it would have been probably smarter to have used two devices" and two email addresses, she said, adding that her use of one email address was a decision based on "convenience."

Instead of using an official account, Clinton routed her email through a server in her house in New York, leading to a flurry of questions and criticism.

As Tamara notes, "many questions remain, including: why she would use a private address while part of the Obama administration; whether there are e-mails she didn't turn over and what they were about; and whether her private account was secure from hacking."

Together with questions about the fundraising practices of the Clinton Foundation, the issue has Democrats "freaking out," NPR's Mara Liasson reports for It's All Politics. Of particular concern for her party, Mara says, is that when it comes to a presidential run, after Clinton, "There's no Plan B."

The story has also put new scrutiny on how and why key U.S. leaders would avoid using official communication systems. As we reported last week, other members of the Obama administration's Cabinet have also had their email habits questioned.