Accessibility links
Why The GOP Iran Letter Is Spurring Debate Over An 18th Century Law : The Two-Way The Logan Act prevents "unauthorized citizens" from meddling in foreign affairs. There's a petition to charge the 47 senators who signed the letter, but no one has ever been prosecuted under the law. 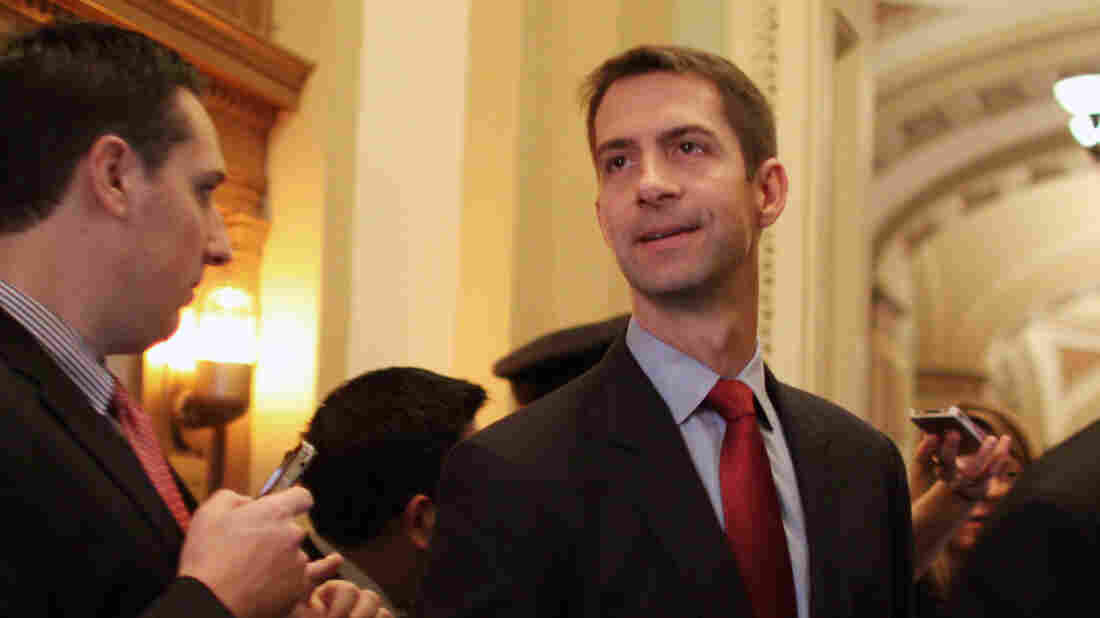 Its doubtful that Arkansas Sen. Tom Cotton (right) will face legal consequences for the letter he wrote to Iran. The Logan Act hasn't been used to prosecute anyone since it was passed more than 200 years ago. Lauren Victoria Burke/AP hide caption 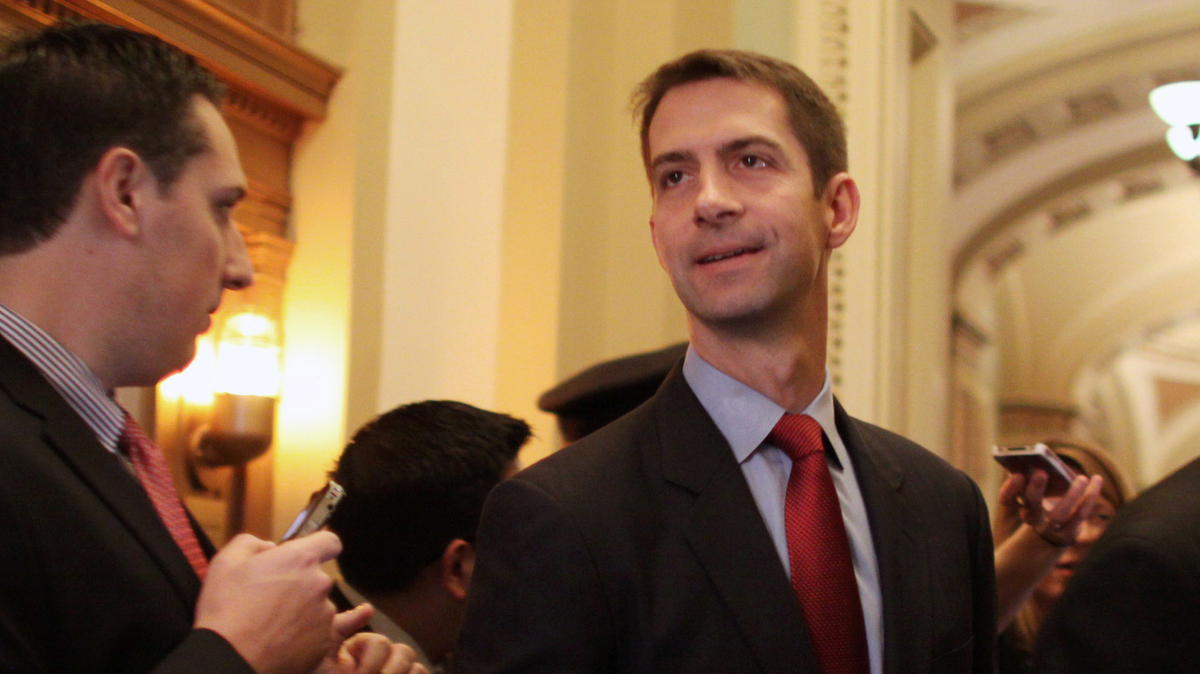 Its doubtful that Arkansas Sen. Tom Cotton (right) will face legal consequences for the letter he wrote to Iran. The Logan Act hasn't been used to prosecute anyone since it was passed more than 200 years ago.

It may have been politically rude, but was the open letter 47 Republican senators sent to Iran this week illegal?

As of Wednesday afternoon, more than 160,000 people had signed a petition asking the Obama administration to pursue federal charges against the senators, accusing them of violating an 18th century law.

"Forty-seven United States Senators committed a treasonous offense when they decided to violate the Logan Act, a 1799 law which forbids unauthorized citizens from negotiating with foreign governments."

"This is a clear violation of federal law. In attempting to undermine our own nation, these 47 senators have committed treason."

Experts and historical context, however, suggest that legal consequences are unlikely.

So what is the Logan Act? Unless you're familiar with rarely used, early American laws, you may have never heard of it.

"This section shall not abridge the right of a citizen to apply, himself or his agent, to any foreign government or the agents thereof for redress of any injury which he may have sustained from such government or any of its agents or subjects."

The law is a result of tensions between France and the U.S. toward the end of the 18th century. In 1797, President John Adams sent three special envoys to France, but negotiations stumbled and the U.S. began preparations for war.

Enter George Logan, a Philadelphia Quaker and doctor. In 1798, he sailed across the Atlantic to negotiate with the French as a private citizen. The U.S. government disapproved of Logan's meddling and shortly passed the Logan Act.

Steve Vladeck, a law professor at American University Washington College of Law, says it would be tough to prosecute the 47 senators under the Logan Act.

The law makes it a crime for citizens to interfere in foreign policy "without authority of the United States." As Vladeck explains in the Lawfare blog, the Logan Act doesn't actually specify what this means, though he says most experts assume it refers to the authority of the executive branch.

"The State Department told Congress in 1975 that 'Nothing in section 953 ... would appear to restrict members of the Congress from engaging in discussions with foreign officials in pursuance of their legislative duties under the Constitution.' That doesn't mean Members would have immunity under the Constitution's Speech and Debate Clause; it just means the statute would arguably not apply in the first place."

(Still, U.S. News & World Report quotes Vladeck as saying that the lawmakers "probably were in violation of the act, yes.")

And it's important to note that no one has ever been prosecuted under the Logan Act, according to a 2006 Congressional Research Service report. In fact, the last time someone was even indicted was in 1803 — a Kentucky farmer wrote a controversial article in a local paper, but charges weren't pursued.

In 2007, then-House Speaker Nancy Pelosi caused a stir when she met with Syrian President Bashar al-Assad, with some conservatives saying it violated the Logan Act.

And Slate has a list of other public figures accused of similar violations — from Sen. George McGovern to Jane Fonda and from the Rev. Jesse Jackson to President Richard Nixon.

Daniel Drezner, a professor of international politics at Tufts University and a nonresident senior fellow at the Brookings Institution, summed up the latest Logan Act debate this week in The Washington Post:

"I don't think an open letter from members of the legislative branch quite rises to Logan Act violations, but if there's ever a trolling amendment to the Logan Act, this would qualify."