Accessibility links
Ferguson, Mo., Police Chief Resigns Following Justice Department Report : The Two-Way Chief Thomas Jackson's departure is effective March 19. He is the latest employee to resign or be fired in the wake of a Justice Department report that accused local police and courts of racial bias. 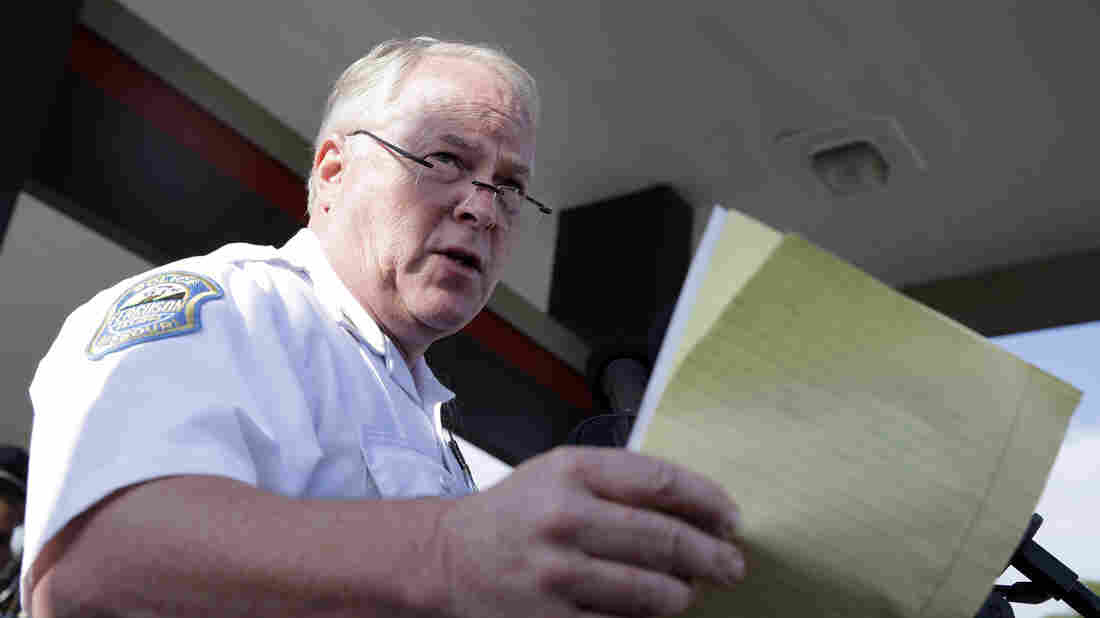 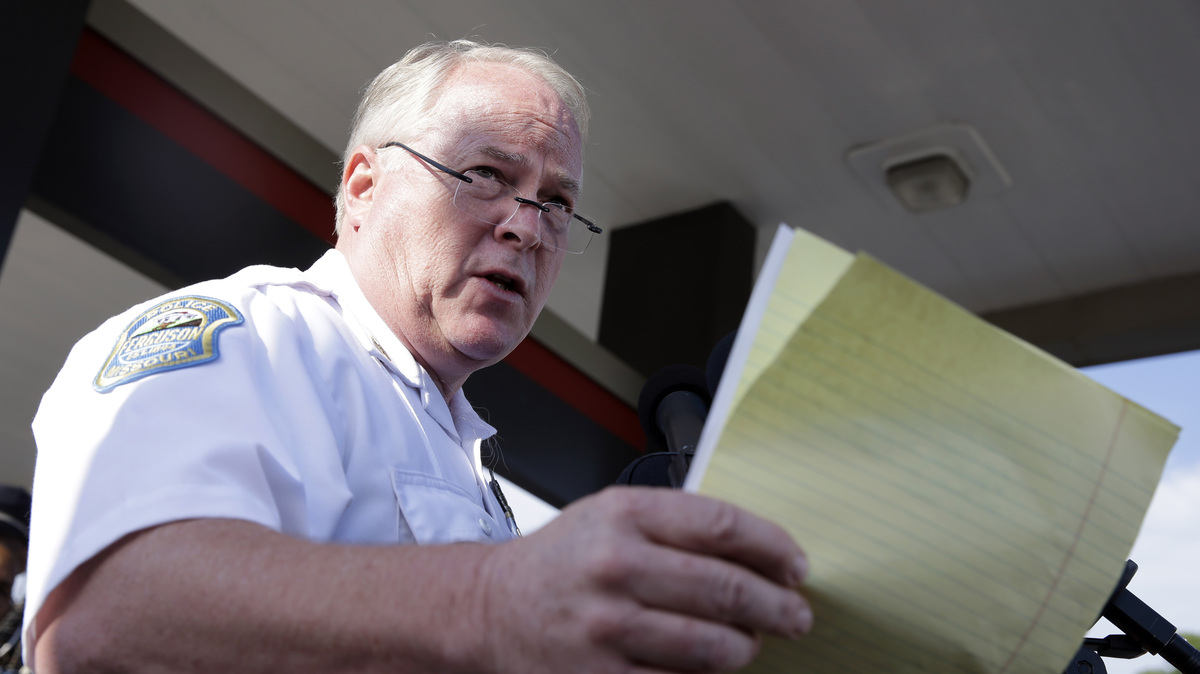 Ferguson, Mo., Police Chief Thomas Jackson will step down in the wake of a scathing Justice Department report that accused the city's police and court system of racial bias, Mayor James Knowles said at a news conference Wednesday.

Knowles called Chief Thomas Jackson's departure "a mutual separation, which involves the police chief's resignation from the city of Ferguson."

The resignation is effective March 19, after which Lt. Col. Al Eickhoff will serve as interim chief while the city looks for a replacement.

Knowles called Jackson "the kind of honorable man who you don't have to go to. He comes to you when he knows that this is something we have to seriously discuss."

He added: "After a lot of soul-searching, and it's very hard for him to leave, and for us to have him leave, he felt that this was the best way forward. [He is] doing this obviously not only for the city, but for the men and women who served under him."

Jackson becomes the sixth Ferguson city employee to resign or be fired after the release of the Justice Department report. Knowles said the city was committed to addressing each item outlined in the report.

Knowles said Jackson will receive a severance payment and health insurance for one year.

Here is Jackson's resignation letter, as acquired by the St. Louis Post-Dispatch:

"It is with profound sadness that I am announcing I am stepping down from my position as chief of police for the city of Ferguson Missouri. My resignation will be effective March 19, 2015 to provide for an orderly transition of command.

"It has been an honor and a privilege to serve this great city and to serve with all of you.

"I will continue to assist the city in anyway I can in my capacity as private citizen."

The Justice Department's report, released March 4, cleared Darren Wilson, the former officer who shot and killed Michael Brown last August, of facing any federal civil rights charges over the killing, but told of a "pattern of unconstitutional policing" within the department.

The Justice Department found that Ferguson's police and court systems functioned as a revenue generator, with nearly a quarter of the city's $13.3 million budget coming from fines and fees, according to The Associated Press.

"It is time for Ferguson's leaders to take immediate, wholesale and structural corrective action," Attorney General Eric Holder said in a news conference after the report was released.

Prior to Jackson's resignation, two police officers and a court clerk had already stepped down because the Justice Department report noted they had sent racist emails.

On Monday, a municipal judge resigned and the Missouri Supreme Court immediately replaced him with a state appellate judge empowered to overhaul court policies to "restore the integrity of the system," according to The Associated Press.

And on Tuesday, the Ferguson City Council voted unanimously on "a mutual separation agreement" with City Manager John Shaw.

In November, Jackson told ABC News he didn't intend to resign or step down.

"I'm going to see this through," he said.