Accessibility links
Athletes Help Cheerleader With Down Syndrome Defy Bullies : The Two-Way Desiree Andrews is a cheerleader at Lincoln Middle School in Wisconsin. She has Down syndrome — and as some hecklers learned last year, she also has the support of her school's basketball team. 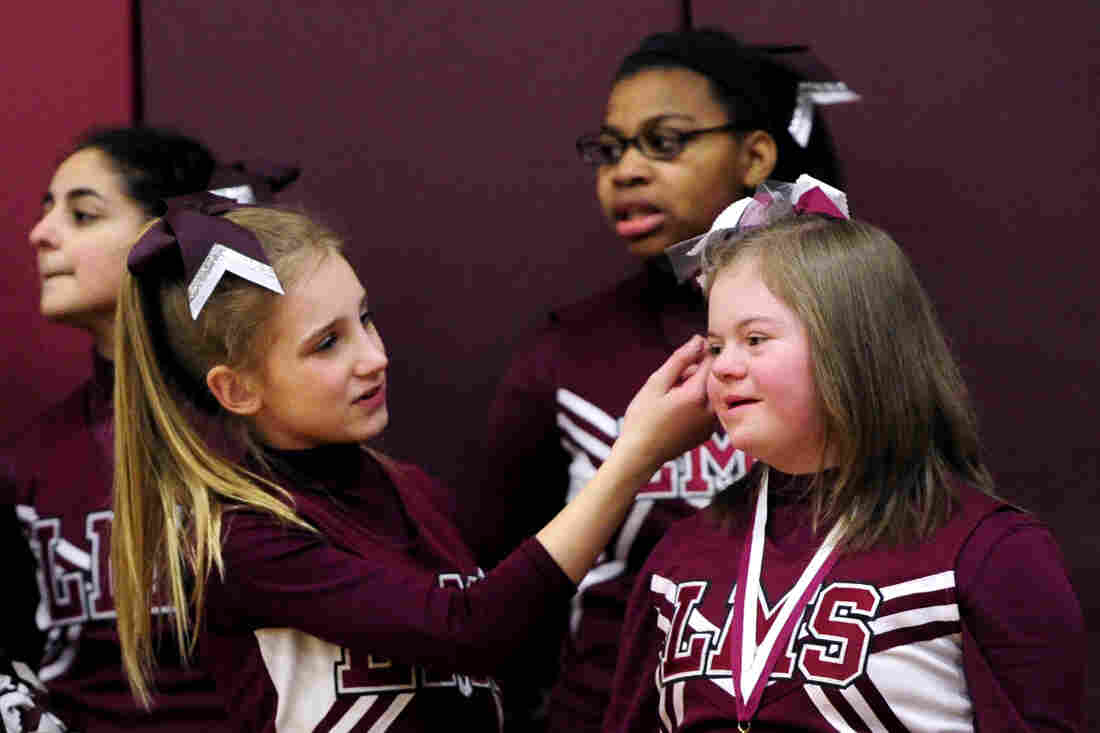 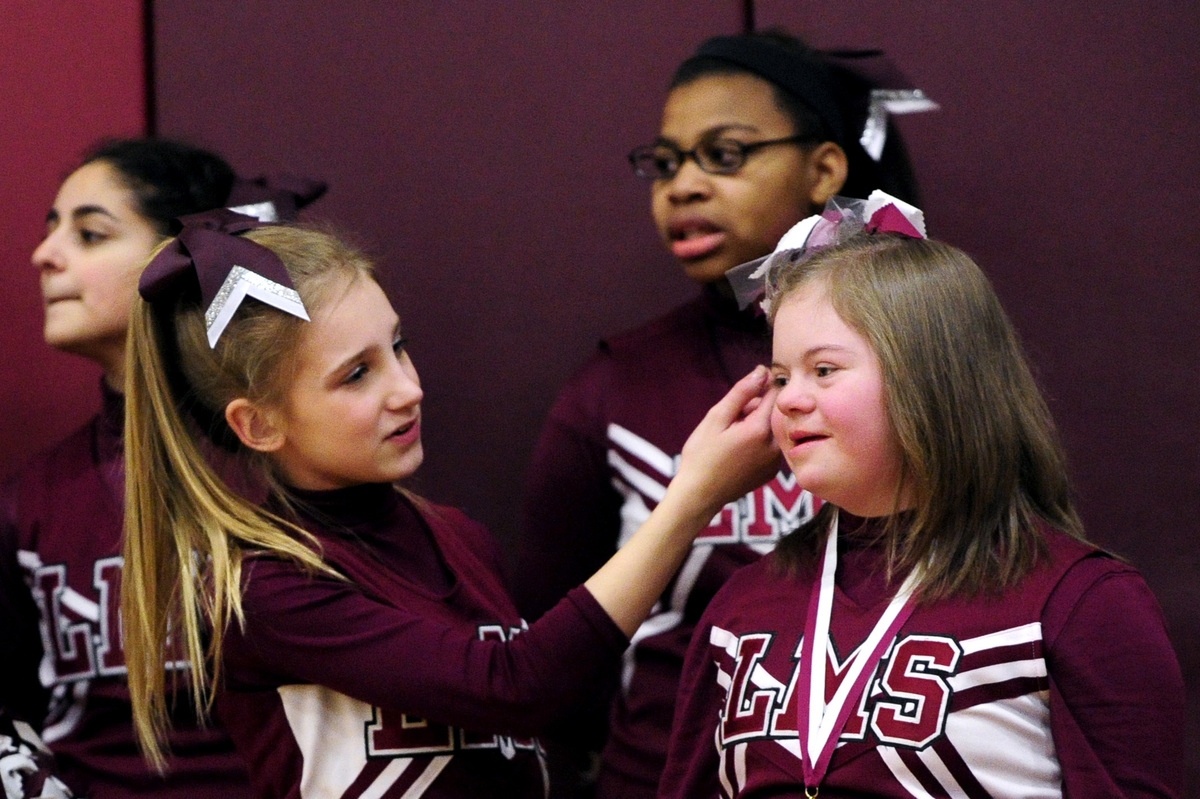 Alyssa Smith readjusts Desiree Andrews' hair as they cheer for the seventh grade basketball team at Lincoln Middle School on Monday in Kenosha, Wis. The gym has been dubbed "D's House" in Desiree's honor.

In Wisconsin, what began as a heartwarming show of courtesy and affection is now making Desiree Andrews, 14, into an international celebrity.

Desiree is a cheerleader at Lincoln Middle School in Kenosha, Wis. She has Down syndrome — and as some hecklers learned last year, she has the full support of her school's basketball team and her community.

After realizing members of the crowd were making fun of Desiree during a game, three players went into the crowd during a timeout with a simple message: "Don't mess with her."

"We were mad; we didn't like that," Miles Rodriguez, one of the players who stood up for Desiree, tells the Kenosha News. "We asked our sports director to talk to the people and tell them not to make fun of her."

At that game, Desiree's father, Cliff Andrews, was also angry — and he tells the News that that was the only thing that seemed to be bothering his daughter.

"She saw that I was upset," Andrews told the newspaper Thursday. "She threw her hands around me and made me look at her face and said, 'Papa, it's OK. I still love them even if they don't like me.' "

Sparked by the players' actions, the school eventually named its gym for Desiree, calling it "D's House." She is introduced at home games, along with the team.

"It's amazing," Desiree tells the News.

The basketball players involved are now up for a citizenship award and other recognition from the city of Kenosha, reports TV station TMJ 4.

The story of the eighth-grader's spirit and players' gumption attracted wide attention this week, after the school held a celebration for Desiree.

The Kenosha News says its video about the story was watched an average of 10,000 times an hour. FOX News and ABC News called Desiree's dad; so did Today and The Ellen DeGeneres Show. Her story spread to news sites in Europe and beyond.

Andrews says his daughter has enjoyed the attention — and that, in fact, she expected it.

"Desiree has always been under the assumption ... that she's famous," Andrews said. "So now her dream is coming true and she's just on cloud nine. As her father, it is quite a feeling."

Andrews also says Desiree was inspired to try out for the cheerleaders' squad by watching an episode of the TV show Glee.