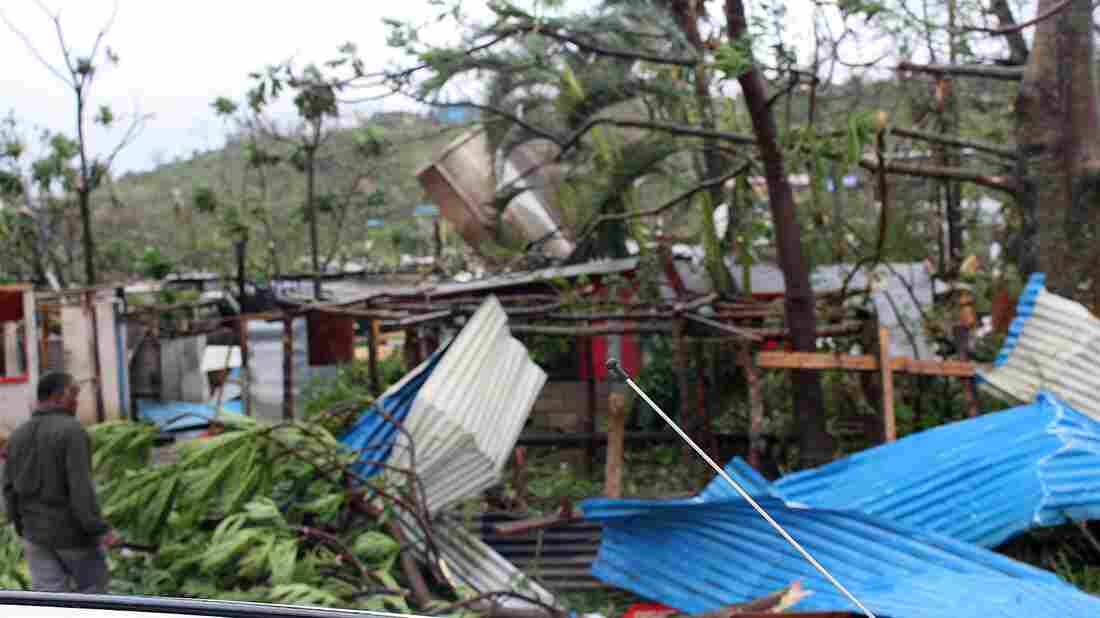 Roofing and other debris is scattered over a building in Port Vila, Vanuatu, on Saturday the aftermath of Cyclone Pam. Isso Nihemi /AP hide caption 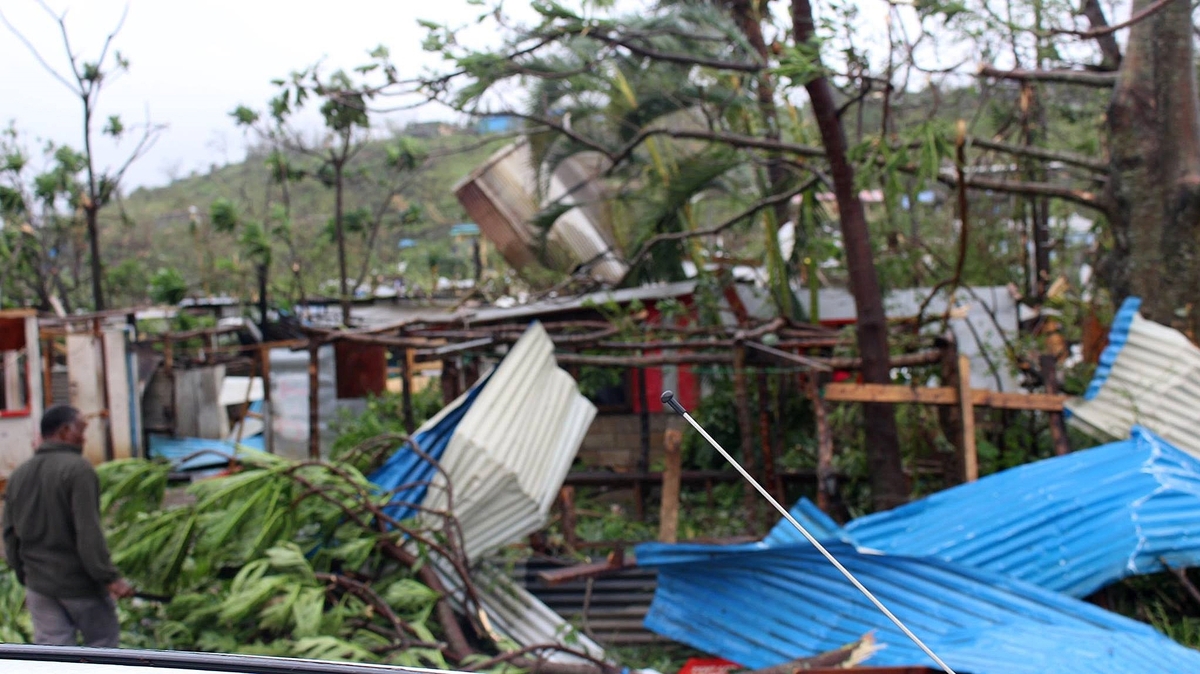 Roofing and other debris is scattered over a building in Port Vila, Vanuatu, on Saturday the aftermath of Cyclone Pam.

Vanuatu's president appealed to the international community for help as his country was battered by Cyclone Pam, which slammed the tiny South Pacific archipelago early Saturday with 168 mph winds.

"I am speaking to you today with a heart that is so heavy," President Baldwin Lonsdale said in Japan, where he was attending the World Conference on Disaster Risk and Reduction. "I stand to appeal on behalf of the government and the people to give a helping hand in this disaster."

The U.N. said it was preparing to deploy emergency rapid response units to Vanuatu.

The storm ripped roofs off buildings and knocked out power, water and communications. There were unconfirmed reports of dozens of deaths, The Associated Press noted.

Chloe Morrison, a World Vision emergency communications officer in Vanuatu's capital, Port Vila, told the AP the lack of communications has made accounting for the group's staff difficult.

"I can say that for anybody who wasn't in a secure shelter last night, it would have been a very, very tough time for them," she said.

Alice Clements, communications specialist for the relief agency UNICEF Pacific, described a scene of "absolute devastation" in Port Vila. She says she spent the night under her bathroom sink, "terrified."

"It really, really, really hit hard with an unbelievable force that had everyone running for shelter whereever they could, if they were lucky enough to have shelter," Clements told NPR.

The cyclone made an unexpected westward change of course, to land a direct hit on Vanuatu, AP reports.

Most of Vanuatu's structures are built of lightweight material such as bamboo and designed to withstand earthquakes, but not cyclones, Clements says. Pam was one of the strongest cyclones in Vanuatu's recorded history, she says.